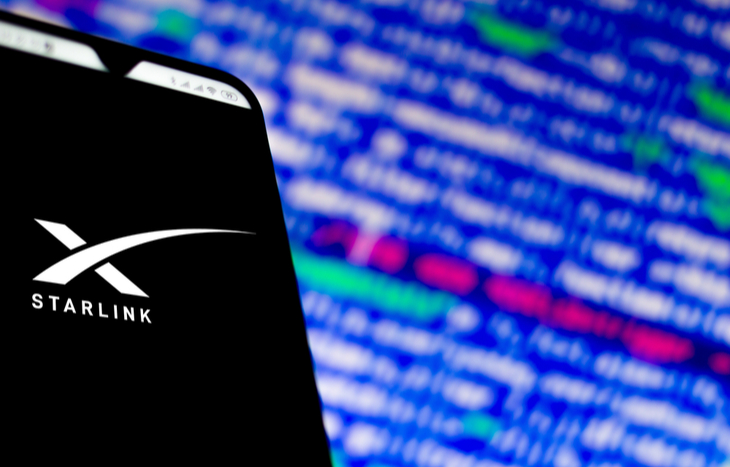 Is a Starlink IPO coming? That’s what it looks like after Elon Musk took to Twitter on Tuesday. He responded to a question about Starlink going public. His answer has investors clamoring for Starlink stock.

But is Starlink going to IPO anytime soon? Here’s what we know…

Starlink is a satellite internet constellation. It’s a project launched by SpaceX, the space company founded by Elon Musk. Starlink’s goal is to make internet services available to everyone, regardless of geographic location. The satellites require a clear view of the sky, but they don’t require ground structures.

Starlink satellites are in low Earth orbit (LEO). They’re positioned at an altitude of 550 kilometers, half the average satellite’s altitude. Additionally, a Starlink satellite will automatically de-orbit at the end of its useful life. It will also do this in the event of a system malfunction. After de-orbiting, the satellite will burn up in Earth’s atmosphere. While satellites at a higher altitude take hundreds of years to burn, Starlink’s low-orbit satellites will burn up in about one to five years.

After a tweet from Musk about a Starlink IPO, investors want to know just how far along the company is.

Now Starlink is in beta testing. The company has about 10,000 users. To see if Starlink offers service in your area, you can go to the Starlink website. Starlink’s homepage features an order form for pre-orders. The service costs only $99 a month.

But the actual cost upfront is $600. In addition to the monthly payment, consumers have a one-time $499 fee for a Starlink kit. It includes…

Starlink told beta users to expect data speeds varying from 50 megabytes per second (mb/s) to 150 mb/s and latency varying from 20 milliseconds to 40 milliseconds. The company plans to continue improving the system during the beta phase. It’s currently available in the U.S., Canada and the U.K. Starlink plans to have 42,000 satellites in orbit by mid-2027.

If investors need a reason for Starlink stock other than its involvement in some of today’s cutting-edge technology, Starlink has already started the humanitarian side of the deal. On October 6, 2020, SpaceX posted a Starlink mission update, including a testimonial.

Last week, emergency responders in Washington state shared their experience using Starlink. In the wake of the wildfires that devastated areas of the state in August, first responders there have been using the service for their purposes and to help bring the residents of Malden internet service while they rebuild their community. Malden is located about 35 miles south of Spokane, Washington, which falls within the northern latitudes our satellites currently service. The way emergency responders deployed Starlink in this context is representative of how Starlink works best – in remote or rural areas where internet connectivity is unavailable.

As our Starlink network is still in its early stages, the Starlink team continues to test the system, collecting latency data and performing speed tests of the service. The team also recently installed Starlinks on the Administrative Center building and about 20 private homes on the Hoh Tribe Reservation, located in a remote area of western Washington State where internet access is limited or completely unavailable. You can learn more about the Hoh Tribe’s experience here.

So it looks like Starlink has a solid operation. But should you invest in a Starlink IPO?

Notes From the Expert

Andy Snyder, founder of Manward Press, recently talked about Starlink. Snyder is an expert on the tech industry, and 5G is a hot topic. In an article from December, he wrote about the FCC putting C-band airwaves up for auction.

C-band is the spectrum 5G works on, making it critical for any player wanting in on the 5G market. While the rights to C-band were once free, the FCC is now charging big time. And according to Snyder, $52 billion is expected to be paid.

But in addition to selling the airwaves, the FCC announced it had awarded Elon Musk $855 million for his Starlink project. Why? Because it’s currently the U.S.’s best chance of bringing internet to rural America.

Starlink’s big win in this FCC handout came as a surprise to many in the industry. Plenty of analysts didn’t expect the satellite industry to get a penny. But in the end… it got close to a billion bucks. We hope the 5G crowd is paying attention. The big carriers are surely getting worried. While that industry got buried in bureaucracy, the free market mavens lit up the skies. The satellite industry – and the shadow it casts on 5G – will be one of the biggest tech stories of 2021.

It looks like Starlink isn’t the only company launching satellites. The rest of the industry is getting into it as well. Although Apple and Amazon are in the race, Starlink is far ahead in terms of number of satellites, beta testing and SpaceX’s revolutionary rocket technology.

So back to the big question: Will Starlink IPO? The answer is likely yes.

On February 9, 2021, Musk responded to a tweet directly asking if Starlink will soon go public. And for the first time, investors got the answer they’ve been looking for.

Once we can predict cash flow reasonably well, Starlink will IPO

Investors are ready for Starlink stock to come to market. But it won’t be in 2021. Following his decision, Musk followed up with two more tweets.

Starlink is a staggeringly difficult technical & economic endeavor. However, if we don’t fail, the cost to end users will improve every year.

SpaceX said it will cost about $10 million to build Starlilnk’s network. That’s with the hope it’ll generate $30 billion in annual revenue. Musk claims he’s shooting for $50 billion. But industry specialists say it could take three years and 3 million subscribers for the company to start paying for itself.

If you’re looking for the greatest investment opportunities, sign up for our Manward Digest e-letter! It’s free and full of useful insights to help you on your investing journey. And if you’re interested in IPO investing, check out our IPO Calendar to stay up to date on the market’s latest offerings.

When will Starlink IPO? If analysts are right about how long it’ll take to achieve positive cash flow, investors might not see Starlink stock until 2024. Until then, check back for more Starlink IPO news.