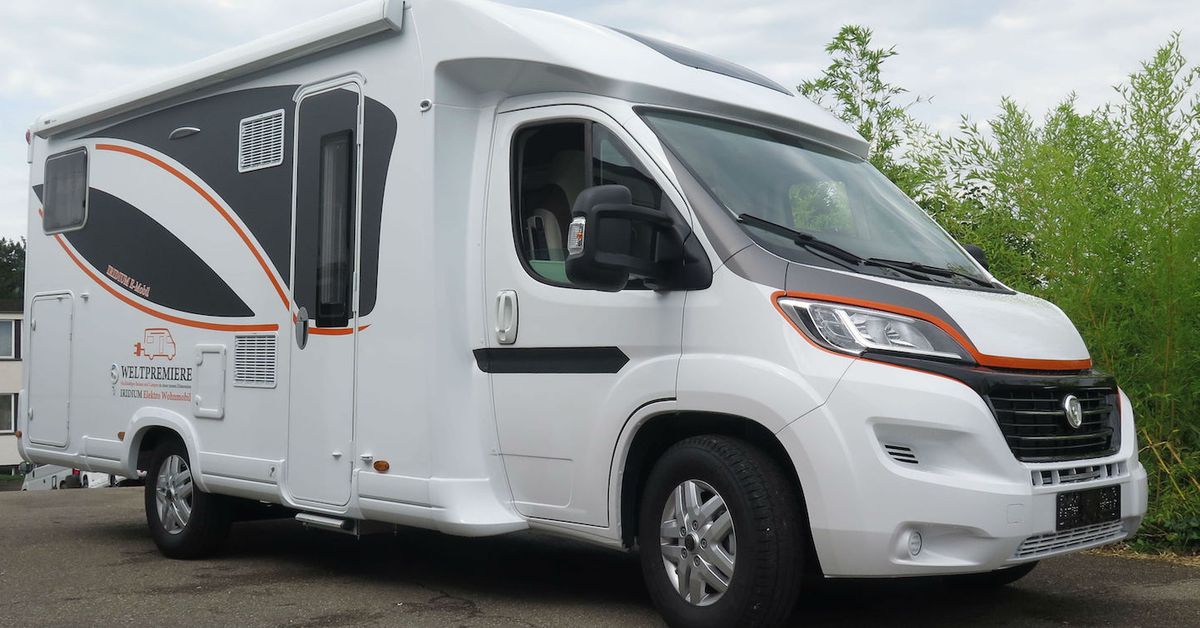 Eight months ago, the world’s first completely electric motorhome debuted at a German trade show. With a range of 124 miles, the camper showed that while the RV industry continues to work towards more eco-friendly designs, the big limitation is range. Love campers and trailers? Come join our community group.

Now, that same zero-emissions RV is on the market with a longer range and interior photos, to boot. At the 2019 Dusseldorf Caravan Salon, the WOF Iridium debuted with a whopping 249 mile-range with the motorhome’s highest battery pack. Dusseldorf also allowed camper lovers a first glimpse inside the Iridium, although the layout is pretty standard.

The Iridium features a dry bathroom and shower, kitchen, and a split double bed. A dining lounge in the front of the camper can seat five thanks to the swivel front cab seats, a dual-seat rear bench, and a side seat. Other amenities include an awning, navigation, and Bluetooth connectivity.

And while it’s great to see the interior of the motorhome, it’s the expanded range that is making waves. Real life testing will be necessary to see how close drivers can get to the newly advertised range of 249 miles, but that’s a lot more than the recently announced Winnebago Industries commercial RV that only has a range of 85-125 miles per charge.

The camper most similar to the Iridium EV is probably the Nissan e-NV200, a zero-emission, factory-built camper that’s completely electric. But this pop-up camper isn’t a full-size motorhome, and it also comes with a 124-mile range before it needs to charge.

All of this begs the question: is 249 miles enough? Probably not. While that range could possibly work in more densely populated areas of Europe, any electric RV for the North American market would need to have a range closer to 350-400 miles to compete with standard motorhomes.

Price is also a point of contention, as the Iridium costs significantly more than non-electric campers with similar features. The 249-mile Iridium flagship will list at approximately $219,000, while a 186-mile version will cost $188,000. Deliveries of the new vehicles will start in early 2020, and the Iridium will only be for sale in Europe.

Still, there’s no doubt that the industry as a whole is heading to electrification, a good thing as the world lessens its dependence on cars and looks to combat climate change.