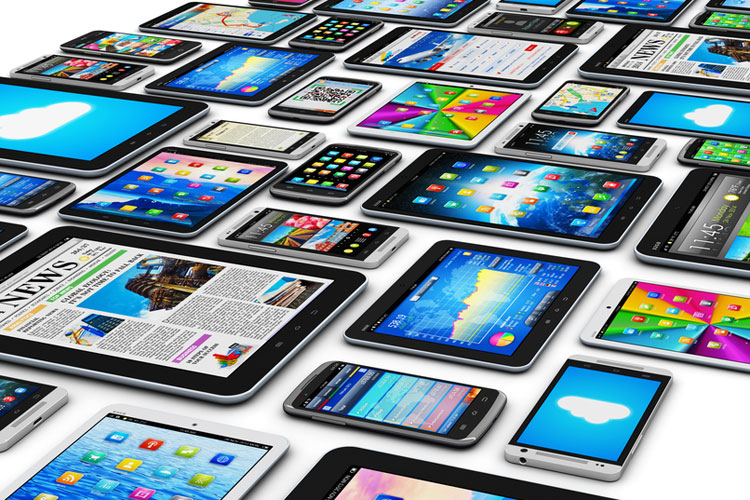 The NMC Horizon Report: 2015 Higher Education Edition came out earlier this month, declaring what its panel of experts believes to be the key trends that will accelerate the adoption of technology in higher education in the coming years. As last year, we have gathered these trends together and given a brief overview of each.

The report is produced by the New Media Consortium, a not-for-profit group of more than 250 higher education institutions, museums and companies that conducts research into emerging technologies.

The NMC has grouped the trends in three sections: long-term, mid-term and short-term. Read on to find out more about them.

Advancing cultures of change and innovation

“Many thought leaders have long believed that universities can play a major role in the growth of national economies,” the Horizon report says. “Research universities are generally perceived as incubators for new discoveries and innovations that directly impact their local communities and even the global landscape.”

To “breed innovation”, higher education institutions need to be structured in ways that allow for flexibility, and “spur creativity and entrepreneurial thinking”, it says, citing a growing consensus that leadership and curricula could benefit from what it calls “agile startup models”.

“In the business realm, the Lean Startup movement uses technology as a catalyst for promoting a culture of innovation in a more widespread, cost-effective manner, and provides compelling models for higher education leaders to consider,” it says.

The report highlights the European Commission’s “Modernizing Universities” agenda, which focuses on implementing reform in higher education by “restructuring institutions to enable faculty and students to be more active participants in the global marketplace of research and innovation” as one example.

“Collective action among universities is growing in importance for the future of higher education,” the Horizon report says.

“More and more” institutions are joining consortia to combine resources, or forming national and international strategic allegiances to “work toward common goals concerning technology, research, or shared values”, and support for technology-enabled learning in higher education is a key part of this.

The prevalence of such consortia “underscores a vision of institutions as belonging to part of a larger ecosystem in which long-term survival and relevance in higher education relies on the mutually beneficial partnerships,” the report concludes.

It cites the Open Cloud Consortium, which allows researchers from institutions including the University of Chicago and Carnegie Mellon University to share huge data sets via the “Open Science Data Cloud” as one example.

Gathering and analysing large amounts of detail about individual student interactions in online learning activities, with a view to personalising their “learning experience” or measuring performance, is a relatively new field, the Horizon report says.

“The goal is to build better pedagogies, empower students to take an active part in their learning, target at-risk student populations, and assess factors affecting completion and student success” by this use of learning analytics, and the intelligent interpretation of big data.

“Data-driven learning and assessment will build on those early efforts,” the report concludes, citing Nottingham Trent University’s Student Dashboard, winner of the Outstanding Support for Students category at the 2014 THE Awards, as one example of software that aggregates data on library use, attendance, and grades.

“In the US, California State University is also developing a Student Success Dashboard to help university leaders better understand problematic areas and assist in determining the effectiveness of specific interventions they have implemented,” it says.

Defined as “teaching, learning, and research resources that reside in the public domain or have been released under an intellectual property license that permits their free use and re-purposing by others,” open educational resources have momentum behind them, the report says.

The Massachusetts Institute of Technology founded the MIT OpenCourseWare initiative in 2001, it explains, “making MIT instruction materials for over 2,200 of its courses available online, free of charge”. Other universities, including Carnegie Mellon University and Harvard University, have since developed their own open learning initiatives, and the report highlights Mexico’s Tecnológico de Monterrey, which has been “compiling and sharing OER through ‘Temoa’, an online portal with over 500,000 learning materials”.

The North-West OER Network, led by the Centre for Excellence in Teaching and Learning at Manchester Metropolitan University, is also singled out. The project encourages collaboration between 13 higher education institutions in the North-West, which has encouraged learners to participate in Google Hangouts (online meetings) and share their thoughts on Twitter.

Increasing use of blended learning

Short-term trend: driving technology adoption in higher education for the next one to two years

Blended learning, whereby teaching utilises a mixture of online and in-person methods, has been around for some time, but recent developments are “upping the ante”, the Horizon report states.

Digital environments are now “widely considered to be ripe for new ideas, services, and products”, it says, with “recent focus in many education circles on the rapid rise and burnout of massive open online courses (Moocs)” leading to the view that these sorts of offerings “may be fad-like”.

“However, progress in learning analytics; adaptive learning; and a combination of cutting-edge asynchronous and synchronous tools will continue to advance the state of online learning and keep it compelling,” it adds.

In one example, the report says that the University of Central Florida examined face-to-face, blended, and fully online models and found that “blended approaches were most successful in ‘unbundling’ the classroom — students felt that instructors were more accessible when learning materials and discussion forums were placed online and there was altogether more persistent communication through the use of virtual learning environments”.

Short-term trend: driving technology adoption in higher education for the next one to two years

According to the report, more universities are helping to facilitate “emerging models of education” such as the flipped classroom, whereby content is delivered online and lecturers use contact time to discuss and explain rather than to disseminate knowledge.

In some institutions, wireless bandwidth is being upgraded to allow web conferencing and other methods of remote communication, while “large displays and screens are being installed to enable collaboration on digital projects”.

As a result, university classrooms will “start to resemble real-world work and social environments that facilitate organic interactions and cross-disciplinary problem solving”.

Australia’s University of Western Sydney is given as an example of a university that has updated its curriculum. “By 2016, all undergraduate courses will be offered in blended form,” the Horizon report explains. “To support this new structure, the university created collaborative learning spaces that support group activities outside of classroom settings through mobile furniture, dual projection screens, and maximized wall-writing surfaces.”

George Washington University in the US has developed a “Nursing Simulation Lab”, the report points out, which is an “experiential learning space designed to provide a more realistic learning laboratory that mimics the actual hospital environment”.