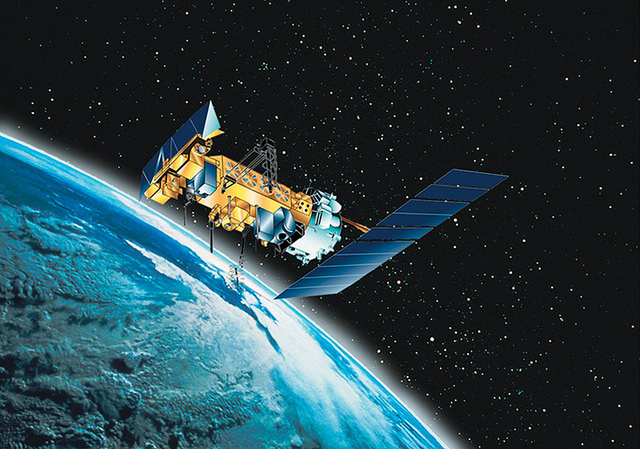 From below, space appears void of human interference and filled with endless stars and galaxies. Yet, thousands of satellites orbit the earth, and some of these estimated 500 thousand space objects are trackable. Often, what isn’t space debris is responsible for human survival in this technological age: Satellites are vital for day-to-day communication.

Exactly how many satellites bounce singles around to keep us logged into social media and tuned in to the television? The Goddard Space Flight Center lists 2,271 satellites that are currently orbiting Earth. Russia has the most satellites, at over 1,100, and the U.S. follows with over 600.

Precision is of the utmost importance when manufacturing these satellites, since they have to spend much of their time in space. When something goes wrong, scientists on the ground are hard-pressed to fix them. By utilizing air compressors in space and satellite systems, scientists have more control over storage and energy systems, which can reduce leakage to 10%, should a problem arise, as it did once for Boeing Satellite Systems.

Communications satellites receive information from an antenna on Earth via uplink and bounce the single via downlink so that what’s received on Earth is amplified. Signals are transmitted by carrier and radio waves, and regulated by frequency and amplitude. Now that you’ve learned a bit about how communications satellites work, check out their many important uses:

On airplanes, satellites offer phone communications in-flight. They provide the main operative use for voice communication in rural areas, especially during a disaster where phone lines have been compromised.

Satellites do transmit television signals right to your home, but they are also the essential spine of broadcasting networks. Signals are sent from a central station that generates programming to smaller stations, which then deliver signals through cables or airwaves locally. A broadcasting satellite system is a type of communication satellite service that distributes video and audio stream via satellite, which also services direct-to-home satellite television.

Films used to be delivered to local cinema in the form of film reels. As the format moved to digital, films began to be stored on hard drives. Smaller independent theaters still struggle with technological upgrades and their shifting standards.

The Digital Cinema Distribution Coalition (DCDC), formed by networks like AMC, Warner Bros. and Universal Pictures, decided in 2013, that their films would be distributed by satellite. This means that your local theater is able to download the feature film you are seeing via satellite.

Radio broadcasting works through wireless transmission across radio waves to reach its audience. Stations use radio networks to broadcast in a common radio format (such as broadcast syndication), but broadcasting can be done through satellite radio as well. Many vehicles have receivers built-in for this type of broadcasting. Ground stations transmit signals to satellites, and these signals are sent to radio receivers in cars and home.

Satellite radio typically covers a wide area and is best suited for rural areas that may not have the population density for FM/AM service.

Amateur radio services (ham radio) are considered a hobby service by individuals that communicate across towns and the world. Called “hamsats,” over 70 amateur radio satellites were launched in the last four decades. Hobbyists are required to get FCC licensure in order to bounce signals off of the satellites that they build.

For rural areas, satellites provide fast Internet service compared to ancient dial-up service, with specific satellites dedicated to the service. Satellite download speeds can even be up to ten times faster than the speed of a regular modem.

Satellites used for Earth observation assist with alerting emergency responders by monitoring currents of the wind and ocean, fires and oil spills. Beacons from distress radio link directly to a designated search, and rescue satellites quickly pinpoint responders to any area on land, sea or air. Similarly, satellites are used to guide the military in times of war or suspected terrorist attacks.

It’s incredible how much the use of satellites has grown over the last few decades. The truth is that people are far more dependent on satellites than most realize.

What greater technological advances can you imagine satellites being used for? Seamless, integrated GPS across all devices? Will someone in high-altitude be able to communicate without issue and high costs with someone at sea level? Imagine the possibilities!

Megan Ray Nichols enjoys writing about astronomy and other scientific fields on her blog, Schooled By Science.

THIS ARTICLE IS OFFERED UNDER CREATIVE COMMONS LICENSE. IT’S OKAY TO REPUBLISH IT ANYWHERE AS LONG AS ATTRIBUTION BIO IS INCLUDED AND ALL LINKS REMAIN INTACT.

Do you like to read about personal development, spirituality, health or activism? There is a new social network called Aweditoria that is purely based around interests. You can follow topics there and see the best small stories, ideas and concepts in those fields. Click here to try it out, it’s free and only takes few seconds to join. You can also follow Truththeory.com on Aweditoria!