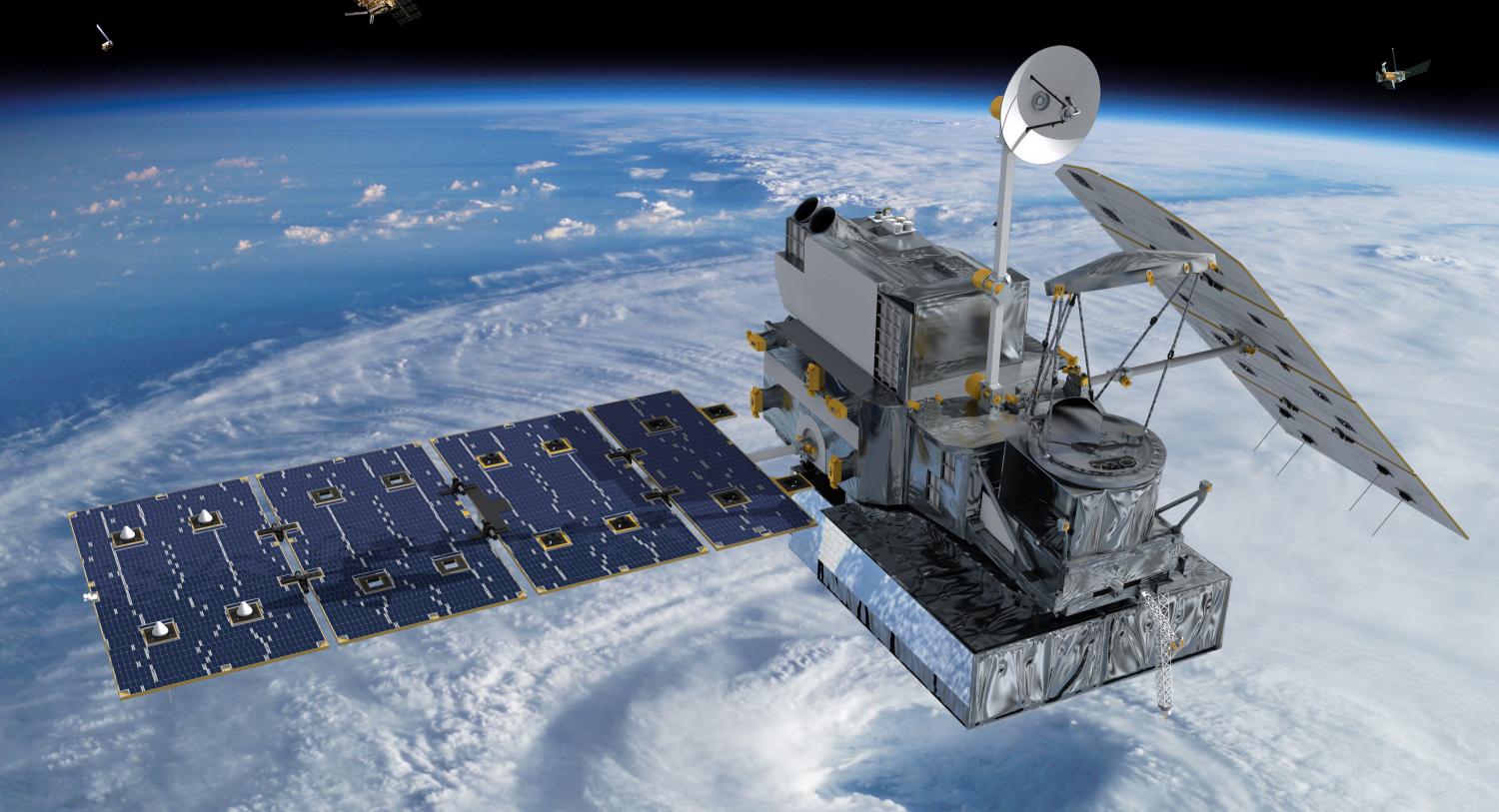 Satellites are manmade objects put into orbit. They often affect our lives without our realizing it: they make us safer, provide modern conveniences, and broadcast entertainment. Here are some of the jobs satellites do:

Satellites send television signals directly to homes, but they also are the backbone of cable and network TV. These satellites send signals from a central station that generates programming to smaller stations that send the signals locally via cables or the airwaves. “At the scene” news broadcasts, whether live reporting on a vote at the Capitol or from the scene of a traffic accident, are sent from the field to the studio via satellite, too.

Satellites provide in-flight phone communications on airplanes, and are often the main conduit of voice communication for rural areas and areas where phone lines are damaged after a disaster. Satellites also provide the primary timing source for cell phones and pagers. In 1998, a satellite failure demonstrated this dependence; it temporarily silenced 80 percent of the pagers in the United States, National Public Radio was not able to distribute its broadcasts to affiliates and broadcasted only via its website, and on the CBS Evening News, the image of Dan Rather froze while the audio continued.

Satellite-based navigation systems like the Navstar Global Positioning Systems (known colloquially as GPS) enable anyone with a handheld receiver to determine her location to within a few meters. GPS locators are increasingly included in in-car direction services and allow car-share services like Zipcar to locate their cars. GPS-based systems are used by civilians and the military for navigation on land, sea, and air, and are crucial in situations like a ship making a difficult course in a harbor in bad weather or troops lost in unfamiliar territory, where other navigation tools may not exist.

Satellites provide meteorologists with the ability to see weather on a global scale, allowing them to follow the effects of phenomena like volcanic eruptions and burning gas and oil fields, to the development of large systems like hurricanes and El Niño.

Satellites are some of the best sources of data for climate change research. Satellites monitor ocean temperatures and prevailing currents; data acquired by satellite-borne radars were able to show sea levels have been rising by three mm a year over the last decade. Imaging satellites can measure the changing sizes of glaciers, which is difficult to do from the ground due to the remoteness and darkness of the polar regions. Satellites can determine long-term patterns of rainfall, vegetation cover, and emissions of greenhouse gases.

Earth observation satellites can monitor ocean and wind currents as well as the extent of forest fires, oil spills, and airborne pollution; together this information helps organize emergency responders and environmental cleanup. Satellites can take the “search” out of “search and rescue” for people in distress in remote regions. Distress radio beacons directly linked to a search and rescue satellite can lead rescuers quickly and accurately to a land, sea, or air emergency location.

Satellites can detect underground water and mineral sources; monitor the transfer of nutrients and contaminants from land into waterways; and measure land and water temperatures, the growth of algae in seas, and the erosion of topsoil from land. They can efficiently monitor large-scale infrastructure, for example fuel pipelines that need to be checked for leaks, which would require enormous hours of land- or air-based inspection. Imaging satellites produce high-resolution data of almost the entire landmass on earth; such data used to be a closely guarded military capability, but now, nearly anyone with an internet connection can find his house using Google Earth.

Satellites are increasingly important to the developing world. For a country like India, with populations separated by rough terrain and different languages, communications satellites provides remote populations access to education and to medical expertise that would otherwise not reach them. Earth observation satellites also allow developing countries to practice informed resource management and relief agencies to follow refugee population migrations.

Before the Space Age, astrophysicists were limited to studying the universe via ground-based telescopes, and so could only use information from the parts of the electromagnetic spectrum that penetrated the Earth’s atmosphere. Many of the most interesting phenomena are best studied at frequencies that are best or only accessible from space—satellite telescopes have been critical to understanding phenomena like pulsars and black holes as well as measuring the age of the universe. The Hubble Space Telescope is arguably the most valuable astronomical tool ever built!