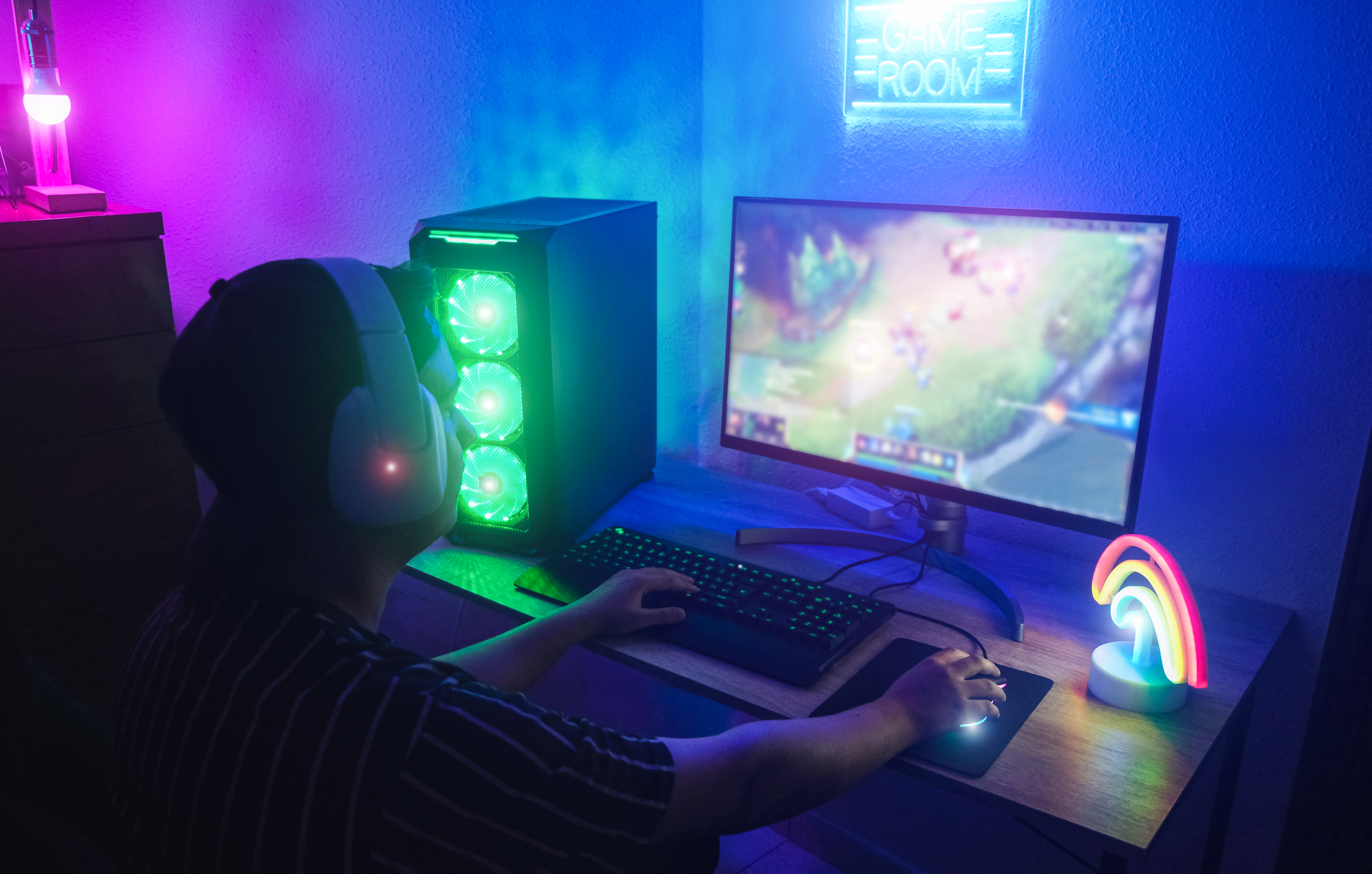 NVIDIA’s (NASDAQ:NVDA) gaming segment is enjoying strong momentum right now but so is its rival Advanced Micro Devices. AMD expects to deliver robust revenue growth for the full year, partly based on strength in gaming products as it prepares to release its new RDNA 2 gaming cards later this year.

Despite the competition, NVIDIA CEO Jensen Huang also expects gaming revenue to remain elevated through the second half of fiscal 2021 — here’s why.

With more games being released that support ray tracing, a graphics technology that makes lighting and shadows in games look more lifelike, NVIDIA is entering what CFO Collette Kress called a “powerful upgrade cycle among gamers” during the fiscal second-quarter earnings call.

The RTX series of graphics cards is based on NVIDIA’s Turing architecture, which incorporates the use of deep learning super sampling (DLSS) to render realistic images on screen. Gaming revenue jumped 26% year over year last quarter and 24% sequentially.

Demand for NVIDIA’s gaming products was strong “across regions, products, and channels.” During the call, Huang said RTX is the biggest leap in computer graphics in 15 years: “We really raised the bar with computer graphics, and the games are so beautiful.”

Huang mentioned several ways people are using the PC that are driving the upgrade cycle. One is the interest in esports titles. Some gamers buy fast graphics cards to make games look better, but others want that faster processing speed that drives higher frame rates while playing, allowing gamers to be at their best when competing against other players.

Other users are streaming their gameplay and multitasking, which can be taxing on a PC depending on what applications are being used. “The number of different ways you could game has just really, really exploded,” Huang said.

Another trend that is beneficial to NVIDIA’s gaming business is cross-platform play, where players can play with or against each other in the same game on console or PC. Cross-play is gradually gaining more acceptance among game developers. Epic Games helped get the ball rolling by offering cross-play in Fortnite, and that has set the bar for other titles to follow.

Anything that keeps players gaming on PC is good for NVIDIA in the long run. As more games offer cross-play, that should keep engagement on PC higher than it would be otherwise, which will translate to a greater willingness for players to invest in their gaming rigs by upgrading their graphics cards.

It’s going to be an action-packed gaming season in the fourth quarter for sure. Many players are looking forward to playing Cyberpunk 2077 and other new releases in November. Of course, the new consoles are launching from Sony and Microsoft, but there’s no better sign of the gaming industry’s momentum than looking at Nintendo’s recent sales of its Switch console.

NVIDIA supplies a Tegra system-on-a-chip (SOC) module for the Switch, and demand for that device has been high in recent months, which means good news for NVIDIA. It’s unclear how much this specific platform contributes to the company’s gaming segment, but it’s enough that the strong sequential growth NVIDIA is expecting for its console products in the next quarter will ding its gross margin.

Ending the year on a high note

All these trends are pointing to further demand for NVIDIA’s gaming products, which comprised 43% of total revenue last quarter.

The company is set to announce new gaming products on Sept 1., which may include new Ampere graphics cards or an upgrade to the current Turing RTX series ahead of the holiday season. Either way, NVIDIA has strong tailwinds at its back to finish out 2020 and enter next year with momentum. It’s surely a positive sign that both NVIDIA and AMD are expecting strong growth in their respective gaming businesses going forward.