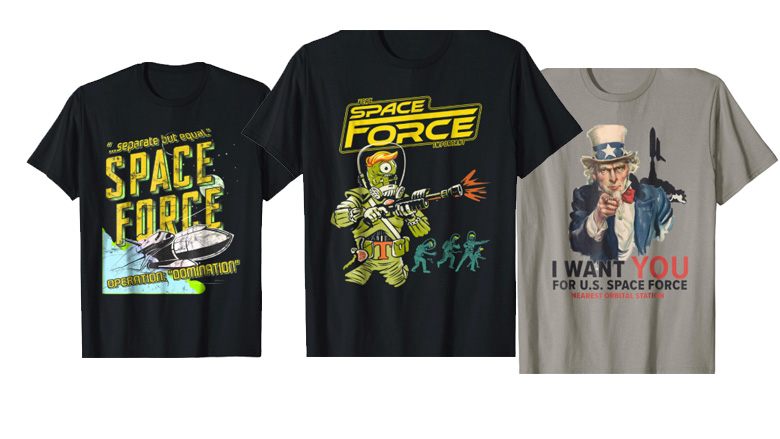 Ah, the Space Force — where men become men. Ever since President Trump announced his plans to create a multi-billion dollar Space Force, the internet has eaten it up, creating hilarious Space Force memes and sharing their reactions on social media.

But now, it’s time to get serious. Since we don’t have an official Space Force logo just yet, there have been many T-shirt companies to take some liberties with the idea. There are already over 30 different Space Force T-shirts available that we’ve seen, and there are more being added by the day.

So, we’ve sorted through that cosmic junk to find the best Space Force t-shirts available. If you’re looking to strap up your boots and show your support, here are some great Space Force tees you can buy right now: 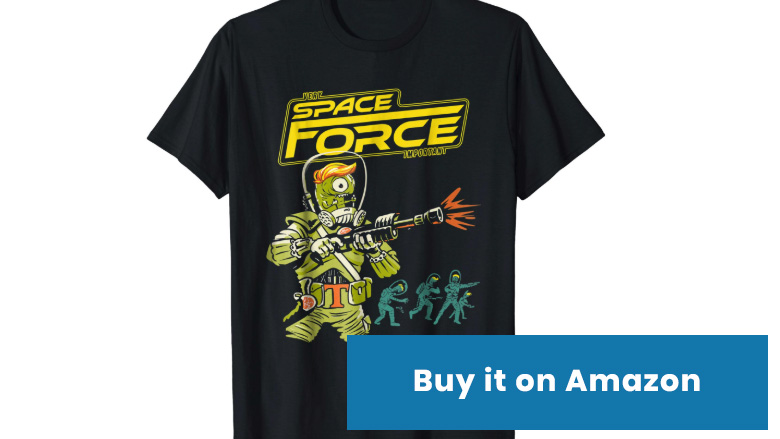 This is, hands-down, THE best Space Force t-shirt in existence right now. It’s from Huckster and Son apparel, and the shirt uses classic sci-fi lettering, complete with an alien that resembles Trump, thanks to an orange mop on its head. The text reads “Very Important Space Force”. 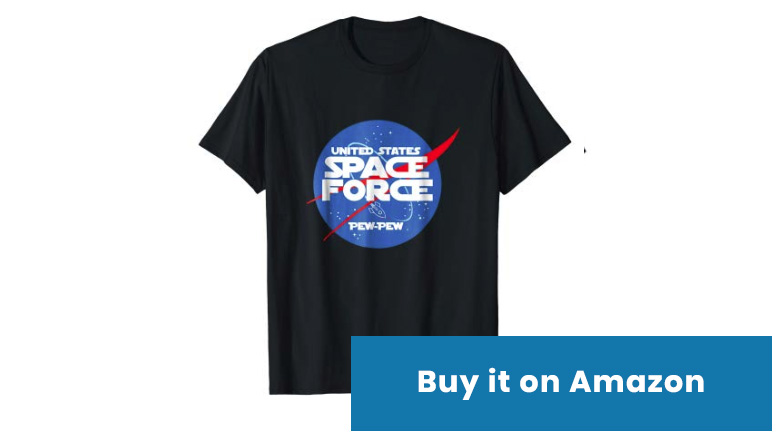 Here’s a black t-shirt with a blue circle on it and lettering created with the classic Star Wars font that simply says “United States Space Force” and “pew-pew” at the bottom. Perfect. 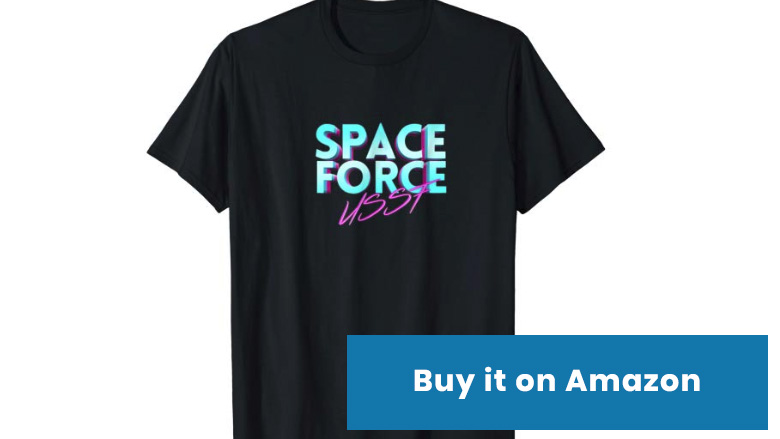 Here we have another sci-fi inspired Space Force t-shirt that has classic mirror lettering that reads Space Force, with a hot pink USSF written underneath. 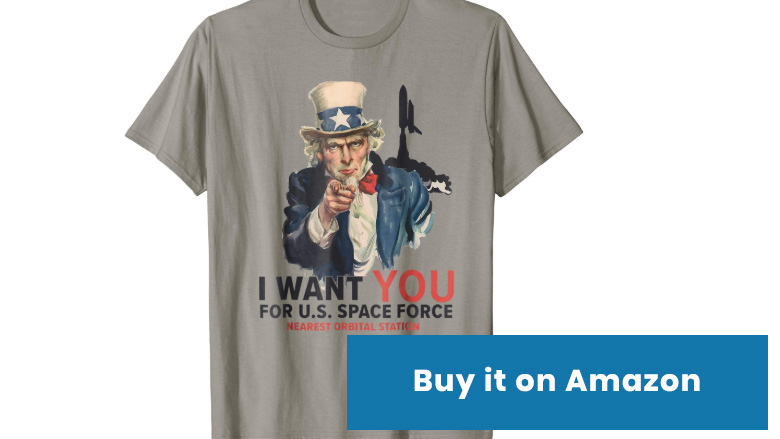 This Space Force vintage shirt takes the classic ‘I Want You’ poster from WWII and re-imagines it for use with Trump’s Space Force. This one reads, “I Want YOU for U.S. Space Force…Nearest Orbital Station’. 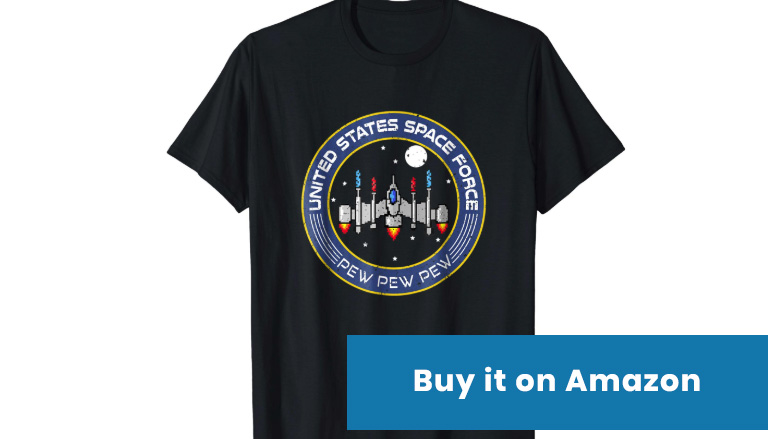 This is one of my personal favorite Space Force t-shirts, as it is inspired by classic 8-bit video games. It uses an 8-bit spaceship in the logo, which reads “United State Space Force” and “Pew Pew Pew”. 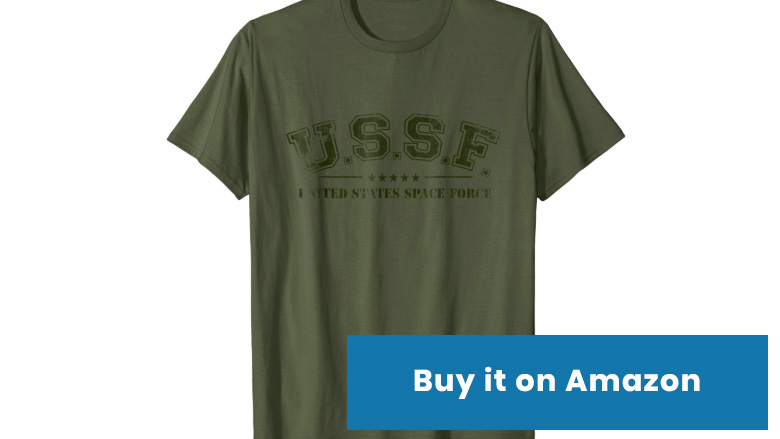 Take the classic faded green Army shirt that we all know, and add ‘U.S.S.F.’ instead of ARMY, and you’ve got yourself another great tee.

This shirt uses collegiate lettering and stars to give it a vintage look. 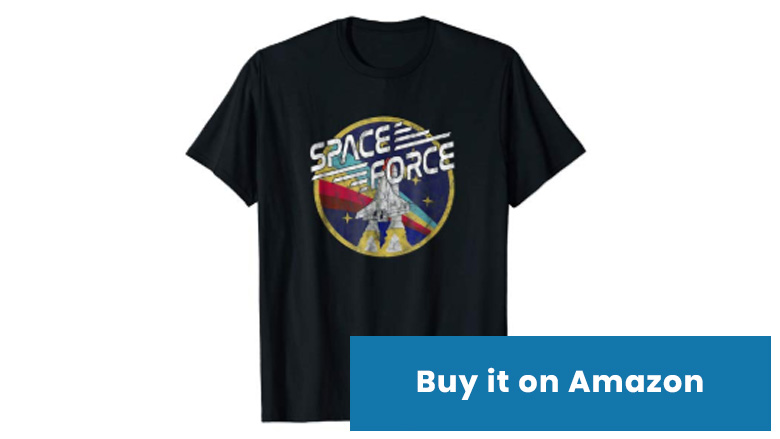 Going the classic route is always a good choice when it comes to fashion. Pair any vintage tee with a pair of faded jeans and you’ve got yourself an outfit for the day. This Space Force vintage-looking logo looks like something out of an 80s sci-fi film, with a rocket blasting up, text that looks like it’s taken from a movie poster, and all of the earthy colors you’ll need to stay grounded. A rocket and a rainbow, if you will. 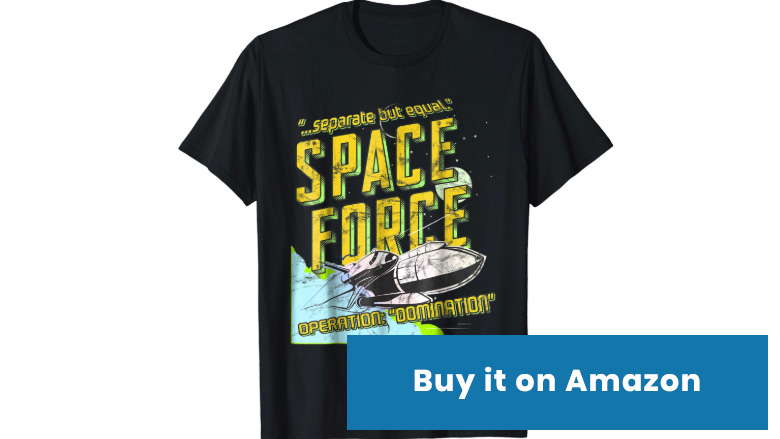 Operation domination takes off with this Space Force t-shirt, which feels like some of the comically placed propaganda posters you’d see out of a Fallout video game. 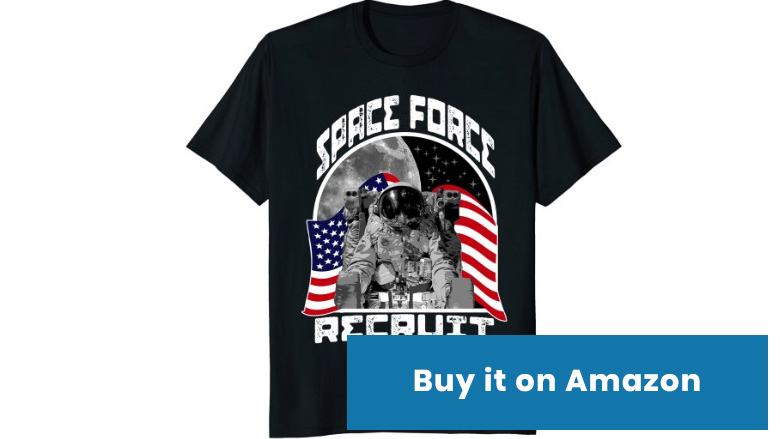 This is one of the best Space Force shirts because it pokes fun at the grandiose idea of what the Space Force is. The shirt features a moon man in space with the U.S. flag, and lettering that reads “Space Force Recruit”.

Heavy, Inc. is a participant in the Amazon Services LLC Associates Program, an affiliate advertising program designed to provide a means for sites to earn advertising fees by linking to Amazon. Our product recommendations are guided solely by our editors. We have no relationship with manufacturers.