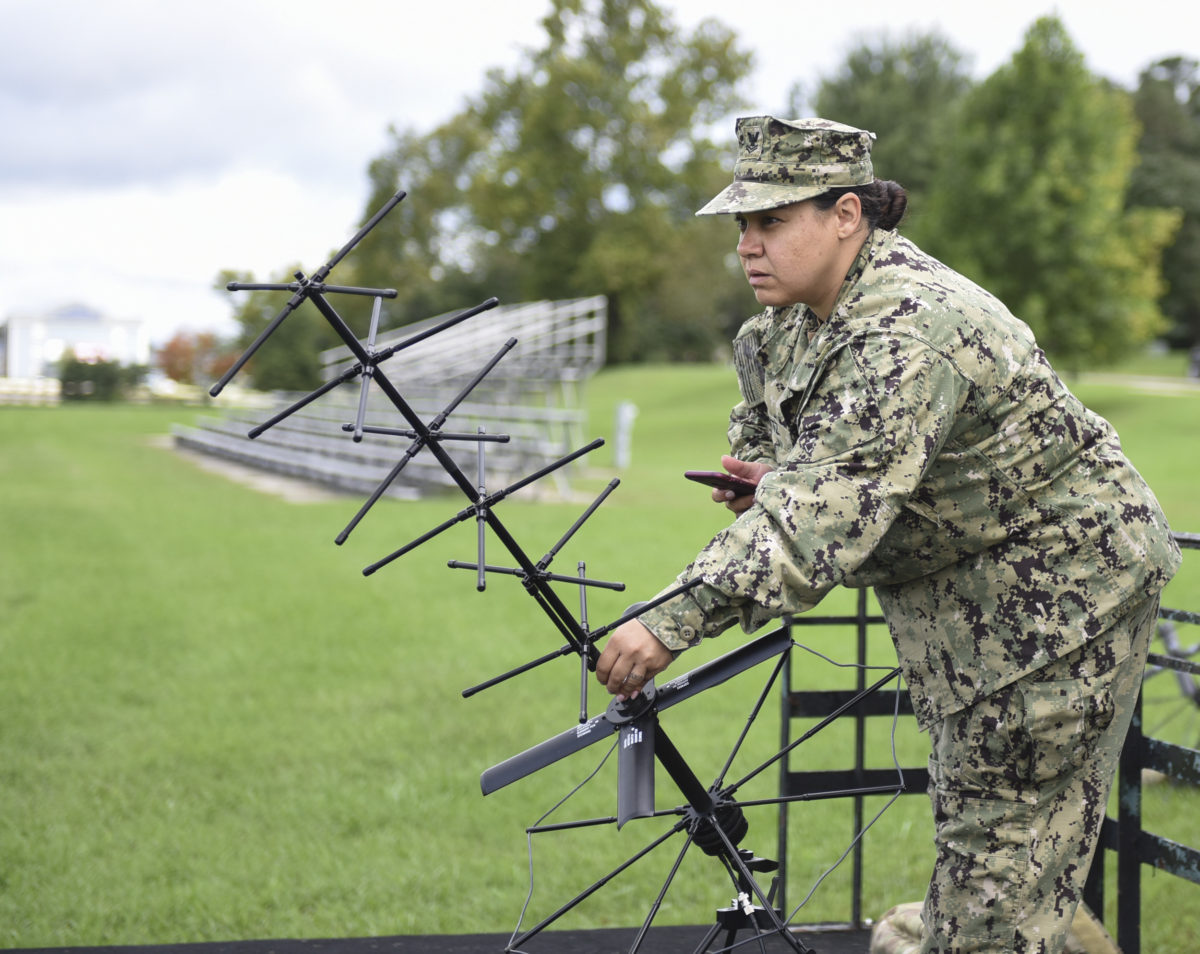 The realignment does not affect the Mobile User Objective System constellation. Any future narrowband satcom programs will be handled by the Air Force.

WASHINGTON — The Navy has agreed to turn over the management of future narrowband communications satellites to the Air Force.

The realignment does not affect the Mobile User Objective System constellation of UHF narrowband satellites that the Navy currently manages and operates. But any future narrowband satcom programs will be handled by the Air Force.

The joint memo consolidating satcom responsibilities is one of Wilson’s final official acts before stepping down May 31. A copy of the memo was obtained by SpaceNews.

Wilson and Spencer sent the memo to the services’ leaders and wrote a separate one to Acting Defense Secretary Patrick Shanahan informing him of their decision to consolidate satcom responsibilities.

“While planning for the establishment of a Space Force is underway, the Military Departments can begin to meet the President’s intent by consolidating the responsibility for certain capabilities immediately, and enable the development of an integrated space enterprise architecture,” the secretaries wrote in the memo.

To begin the transition, representatives from both services will form a working group that will have to report within 30 days on anticipated military requirements for narrowband satcom, available resources and timelines for completion, according to the memo.

The decision to combine satcom programs comes days after the House Appropriations Committee in its report accompanying its 2020 defense funding bill suggested the Air Force should manage all satcom systems. The Navy supplies narrowband connectivity via the MUOS constellation. The Air Force supplies wideband communications with the Wideband Global Satcom (WGS) system. The Army is responsible for developing the user terminals.

Lawmakers for years have been frustrated by the military’s fragmented satcom organization. The Navy completed the deployment of the five-satellite MUOS constellation in 2016, but users can’t take advantage of the satellites’ features because handsets and terminals are not yet available. The Army is responsible for procuring handheld MUOS terminals.

The MUOS satellites are managed by the Navy Program Executive Office for Space under the Space and Naval Warfare Systems Command (SPAWAR) in San Diego, California.

In its latest strategic plan, the Navy PEO Space lists as one of its priorities to “develop and execute a strategy to transition from MUOS to our next Narrowband SATCOM acquisition.” Specifically, the PEO Space will “identify stakeholder acquisition needs, conduct an analysis of alternatives and manage cost and budget requirements to ensure we successfully manage the transition from MUOS to the future of narrowband UHF space-based communications.” The next narrowband satellite acquisition, whenever that takes place, will be the Air Force’s job.