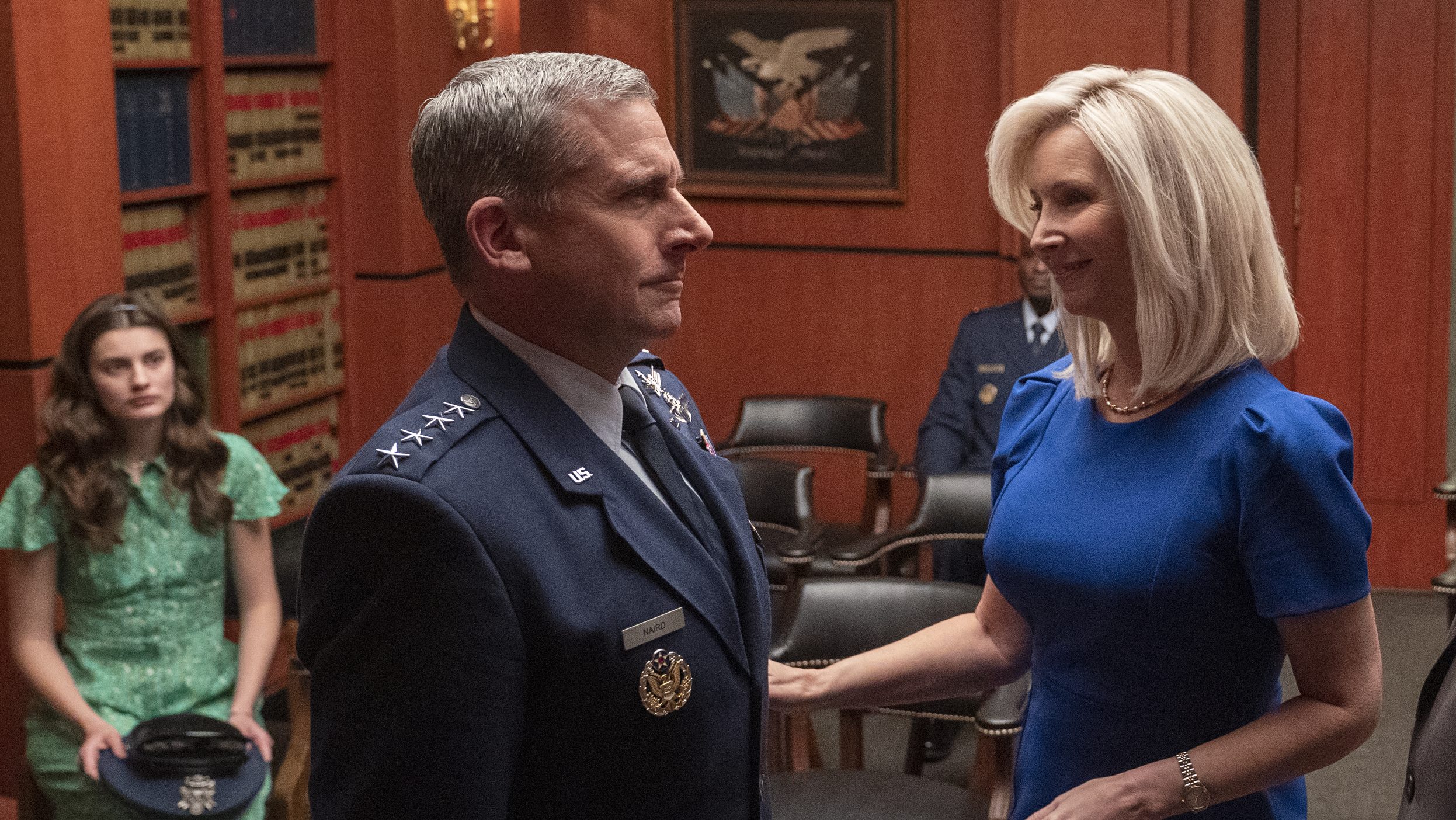 This article has spoilers for the entire series of Space Force. Although it doesn’t share major plot twists, we do reveal what is shared about Maggie Naird’s jail time along with some theories.

By the end of Season 1 of Space Force, we still aren’t told exactly why Maggie Naird ended up in jail. But we’re given some hints. At one point in Episode 6, Mark says that she committed a serious crime. Then in Episode 8, we’re told that she is going to be in jail for 40 years. That’s not just a minor misdemeanor infraction. Being in jail for 40 years means that Maggie committed a serious felony of some sort.

The Colorado Legal Defense Group shared that only a Class 1 Felony can get life imprisonment or the death penalty, while a Class 2 Felony typically brings 8 to 24 years. Interestingly, a Level 1 drug felony brings a presumptive sentence of 8 to 32 years.

They note that if you’re convicted for an “extraordinary risk crime,” the maximum sentence can increase by as much as two years.

Of course, just how legally accurate Space Force is trying to be with Maggie’s prison sentence is another question entirely.

Personally, I’m doubting that Maggie’s crime was something like premeditated murder, because neither Mark nor his daughter exhibits any anger at her at all. So it had to be a felony but something that wasn’t so dark or evil that her family would turn away from her or even struggle with accepting her after what she did. There’s full acceptance, even to the point that their daughter Erin gets mad when she thinks her dad might have done something to wrong her mother. No one is angry at Maggie for ending up in jail. And it certainly didn’t affect Mark’s position at all either.

I think part of the humor is that they don’t just come right out and tell us. But we do see Maggie adapting to jail pretty quickly, so maybe that means she had a dark side of some sort all along. My guess is going to be maybe drugs or a white-collar financial crime of some sort. It’s hard to picture something else that would put her in jail for 40 years and not leave her family really angry at her.

We do get another clue in the first episode that some might overlook, where she’s obviously pretty upset at the idea of leaving everything and starting an entirely new life.

One person on Reddit who did catch that moment wrote:

I’m thinking something like vehicular manslaughter and DUI in reaction to having to move to Colorado. She clearly had a breakdown in episode 1 when he told her so I think that makes more sense. The only thing I can’t figure out is that the prison sentence for vm is 15 years max I believe…so what’s up with 40-60 years? Then again, I could be putting entirely too much expectance of accuracy from a comedy show.”

As an interesting side note, in Colorado, you are most commonly eligible for parole for a felony sentence once you’ve served half the sentence, The Saroyan Law Firm shared. So this would mean she might need to serve 20 years before she’s eligible for parole. But she might also be able to get “earned time” sentence reductions at the rate of 10 days per month for good behavior like cooperation, housekeeping, attendance, work, progressing toward goals, and not harassing others.

It’s possible that if the series is renewed for a second season, they’ll reveal just what happened. But this may be a running mystery for the life of the show.