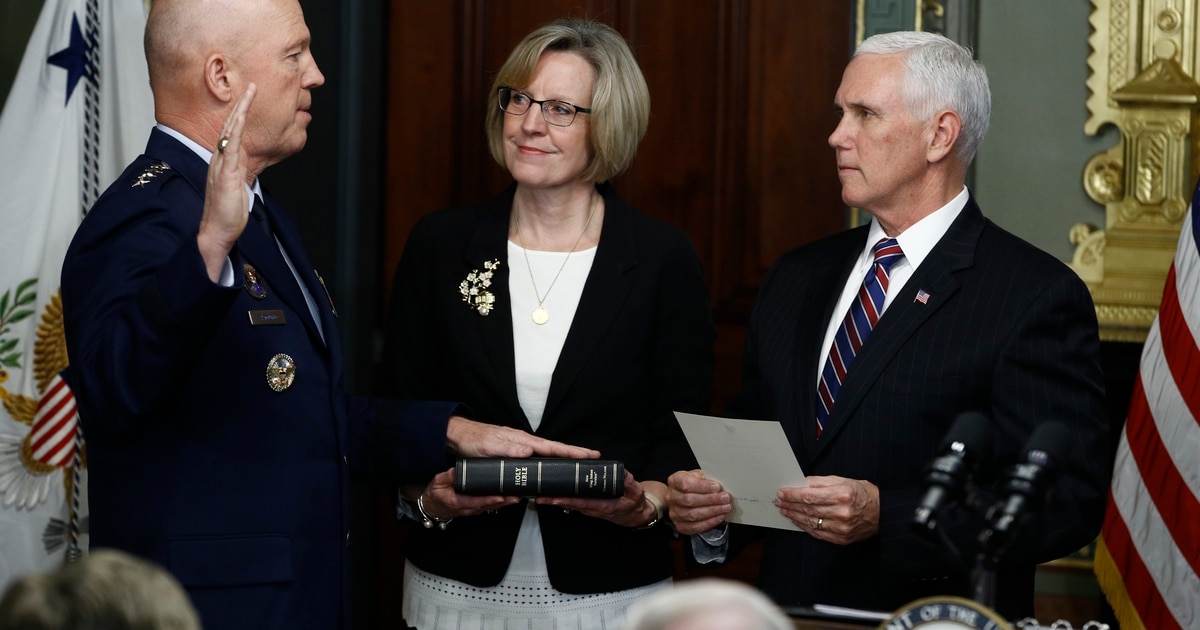 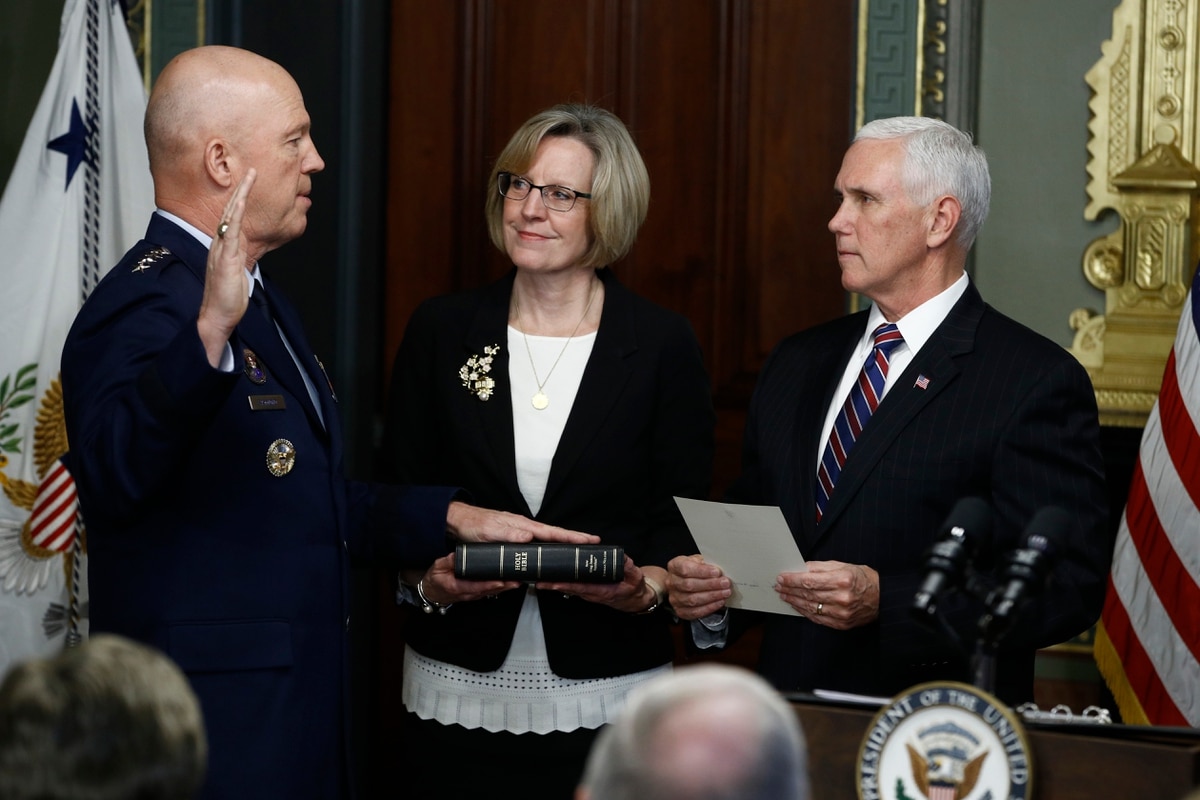 WASHINGTON — Just a day after officially swearing in as the U.S. Space Force’s first member, Chief of Space Operations Gen. John Raymond sat down with President Donald Trump on Wednesday to brief him on the new service’s progress, a Pentagon spokesman said Thursday.

The goal of the briefing, which was also attended by Defense Secretary Mark Esper, was to inform the president of upcoming milestones as the Space Force gradually comes into being, said Pentagon spokesman Jonathan Hoffman.

“Gen. Raymond has a very specific, very thorough plan on things that need to take place — moving pay systems, assigning individuals to the Space Force, looking at basing, figuring out if we’re going to be transferring bases to the Space Force,” Hoffman told reporters.

The meeting was about “laying out for the president what the process looks like — what are the next steps, what are the things that are going to be happening over the next couple months — to give him an expectation,” he added. “This is something [Trump has] been very forward leaning on and is something that he is interested in, so we’ve been trying to keep him informed.”

Trump established the Space Force on Dec. 20 after signing the fiscal 2020 defense authorization bill, which created the Space Force as an independent sixth branch of the military under the Department of the Air Force. During the signing ceremony, Trump also tapped Raymond as the service’s first chief of space operations.

On Jan. 14, Vice President Mike Pence officially swore in Raymond as the Space Force’s first service chief and a new member of the Joint Chiefs of Staff. Raymond also leads U.S. Space Command at Peterson Air Force Base, Colorado, giving him the responsibility of overseeing the organization, training and equipping of space forces as well as their operations.

While Hoffman did not elaborate on upcoming milestones as the Space Force nears the end of its first 30 days, the service is approaching a Feb. 1 deadline by which Air Force Secretary Barbara Barrett must submit to Congress a proposed organizational structure.

Other tasks, such as devising a Space Force logo, uniform and its official song, are still in progress.

Asked whether the Defense Department had considered starting a contest where service members could submit ideas for the Space Force’s anthem, Hoffman said: “That entire idea makes me uncomfortable. I will check with Gen. Raymond the next time I see him on anthem plans.”

Money Minute — When Should You Close a Credit Card?