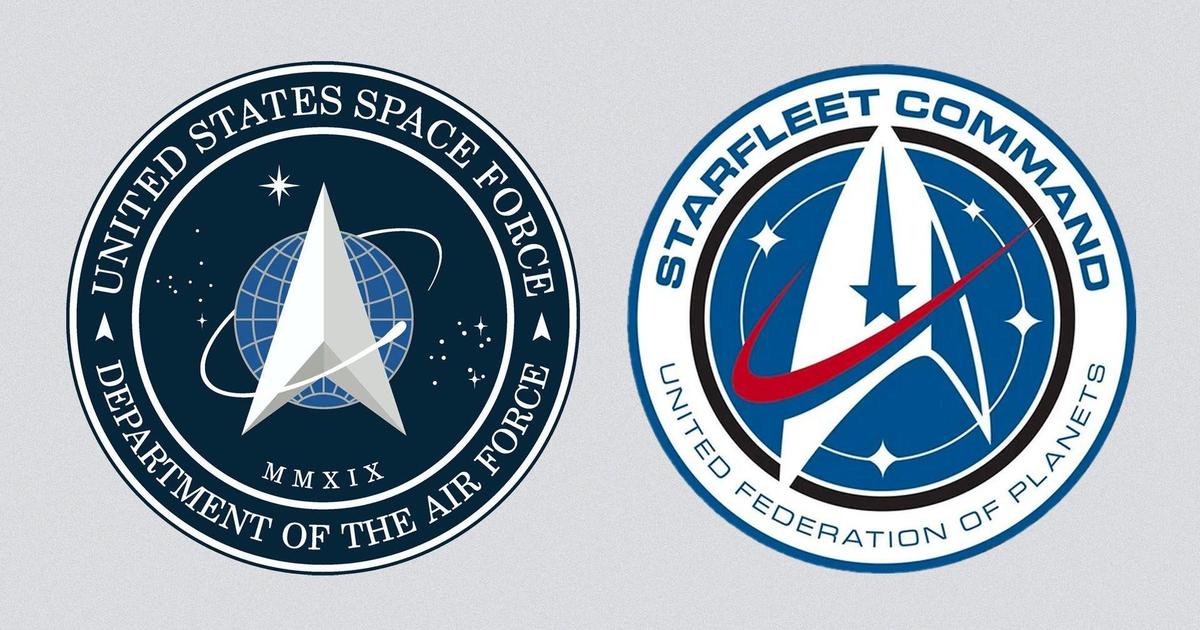 President Trump’s new Space Force logo is seemingly beamed up straight from the Enterprise. The president revealed the official logo for the Space Force in a tweet on Friday, and people were quick to point out its striking resemblance to the iconic logo for Starfleet, the space force for the United Federation of Planets in the “Star Trek” universe.

“After consultation with our Great Military Leaders, designers, and others, I am pleased to present the new logo for the United States Space Force, the Sixth Branch of our Magnificent Military!” Mr. Trump tweeted, along with a photo of the new design.

The design has what appears to be Starfleet’s delta spaceship symbol at its center, surrounded by the familiar blue globe, white stars and swooshed rings.

The Space Force, the sixth and newest branch of the armed forces created to handle threats in space, was made official last month when Congress passed a $738 billion military bill. Mr. Trump has pushed for its creation throughout his presidency.

Former “Star Trek” cast member George Takei was quick to respond to the controversial logo. “Ahem. We are expecting some royalties from this,” he tweeted Friday afternoon. CBS, which owns the logo, did not immediately comment.

John Noonan, a former national security adviser and former member of the Air Force, pointed out that the Space Force logo is likely based on a long-standing Air Force Command logo.

In 2018, the Trump Make America Great Again Committee polled voters on their preferred Space Force logo. Several of those options appeared to be NASA-inspired, but none of them resemble the logo ultimately chosen.

Hopefully, the next time future members of the Space Force see Mr. Trump, they’ll greet him with a Vulcan salute.

The new series “Star Trek: Picard” on CBS All Access sees the return of Sir Patrick Stewart as Jean-Luc Picard, the character he made famous almost two decades ago in “Star Trek: The Next Generation.” The 10-episode series premiered Thursday, with new episodes available each week.

Disclosure: CBS All Access and CBS News are divisions of ViacomCBS.

Sophie Lewis is a social media producer and trending writer for CBS News, focusing on space and climate change.