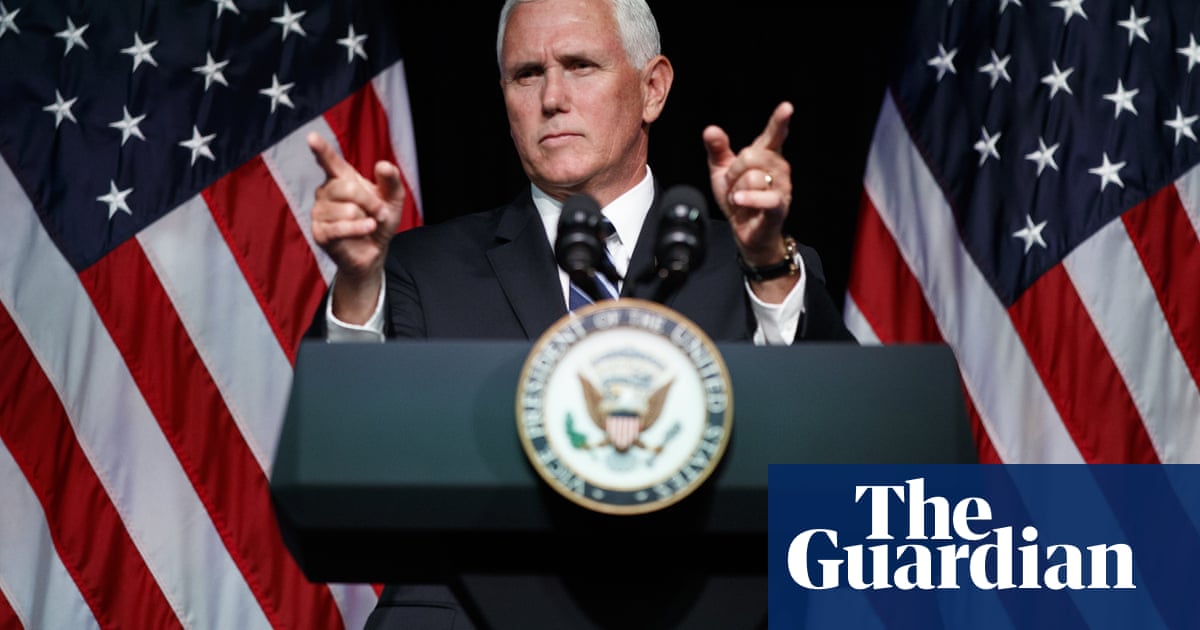 In a speech Thursday, the vice-president, Mike Pence, outlined plans to create Space Force, billed as a brand new branch of the US military dedicated to fighting wars in space. The idea has prompted plenty of enthusiasm from Star Wars fans and serious defense wonks alike, but also plenty of head-scratching from critics who question the need for the United States to shift the battlefield to the heavens.

But what is Space Force, and is it really more than a Donald Trump campaign crowd-pleaser? Here’s some of what we know about the White House’s proposal:

What is Space Force?

The United States Space Force, as proposed by the Trump administration, would be a new branch of the military by 2020, on par with thearmy, navy, air force, marines and coast guard. An independent branch can’t be created until Congress approves it, but the administration can take several steps on its own to prepare for the launch of a new force, the first since the air force was formed shortly after the second world war.

Officials plan to create a Space Operations Force – an “elite group of war fighters specializing in the domain of space” drawn from various branches of the military, in the style of existing special operations forces, Pence said. They’ll also create a United States Space Command and a Space Development Agency, and appoint an assistant secretary of defense for space.

Why do we need it?

The White House points to galactic threats from US adversaries, particularly Russia and China, which could develop weapons to jam, blind or destroy satellites that are crucial to communications systems. In 2007, China destroyed one of its own satellites, in a test of a weapon that could be used to target others. Russia has also tested a missile that could be used to track and destroy satellites. Not everyone is convinced, however, with critics saying threats on earth are much more real than the prospect of wars in space. “Maybe, just maybe, we should make sure our people are not dying because they lack health insurance before we start spending billions to militarize outer space,” Vermont senator Bernie Sanders said on Twitter.

Does it already exist?

There is no independent military branch focused on space, but there is a sizable space command within the air force. Created in 1982, it is headquartered at Peterson air force base in Colorado and oversees 30,000 people. It includes the Space and Missile Systems Center, oversees Department of Defense satellites, and uses radar to monitor ballistic missile launches to guard against a surprise attack on the United States.

How would it be paid for?

Pence in his speech asked Congress to approve $8bn over five years for space security systems, but a freestanding Space Force would likely cost far more than that. The Pentagon has not yet determined the price tag, the deputy defense secretary, Patrick Shanahan, told reporters on Thursday. Funding would have to be appropriated by Congress, something that the defense secretary, Jim Mattis, opposed when it was previously proposed, but he now says he supports the new force. Both the Republican chairman and the highest ranking Democrat on the House armed services subcommittee also came out in support of creating the force, but it has plenty of critics in Congress as well.

Is it a Trump campaign tactic?

It’s too soon to say whether the Space Force will ever become a reality, but Trump’s campaign wasted no time in capitalizing on the idea. In an email to supporters hours after Thursday’s announcement, Trump’s 2020 re-election campaign manager Brad Parscale said the campaign would be “selling a new line of gear” branded with Space Force insignia – and asked recipients to vote on six possible logos. “President Trump wants a SPACE FORCE – a groundbreaking endeavor for the future of America and the final frontier,” he wrote.