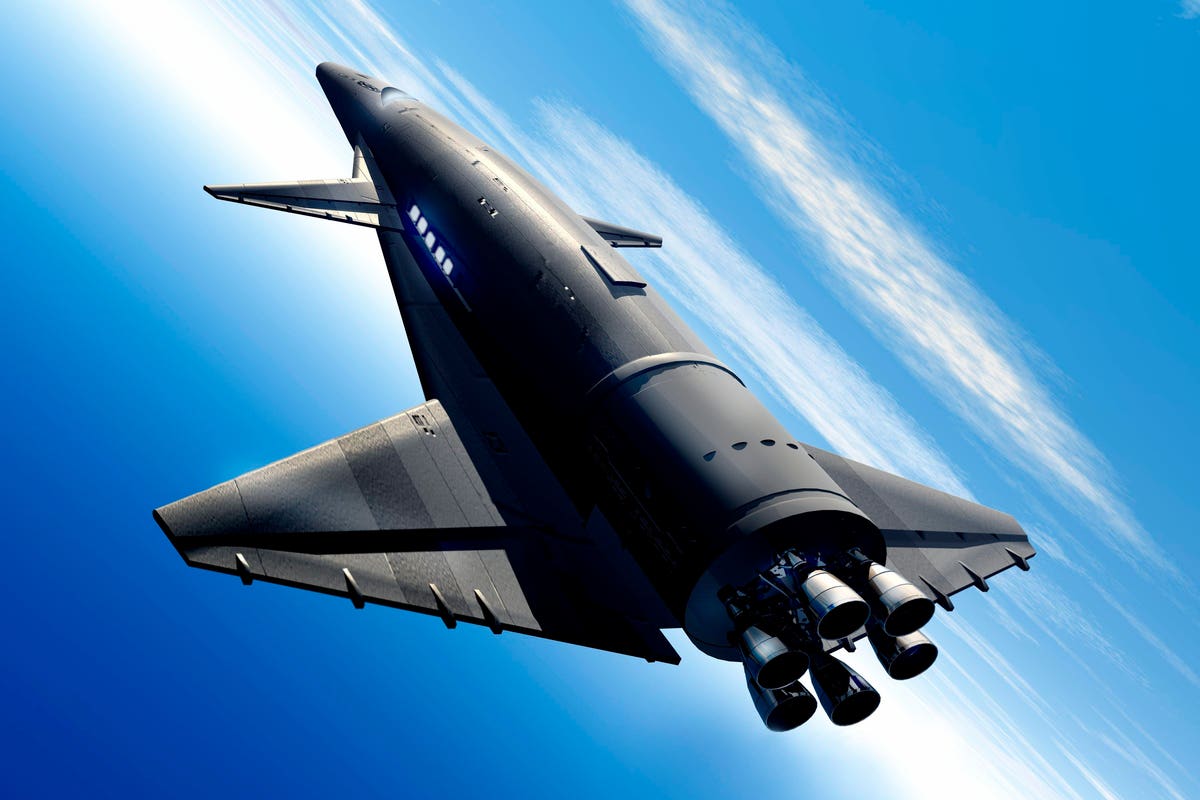 After what can only be described as an exceptionally long incubation period, the United States suddenly finds itself the proud owner of its sixth military service. Unfortunately, we have a problem. The U.S. Space Force is not institutionally “ready” in the way our air service was when it was stood up in 1947.

The U.S. Army Air Forces only became the U.S. Air Force after the end of the greatest conflict the world had ever known – one in which the air war figured prominently. At its peak in 1943, the Army Air Forces comprised over two million airmen and upwards of 80,000 aircraft – conducting historic raids on Axis industrial centers, providing essential intelligence, supplying close air support to troops on the ground, and arguably ending the war with the dropping of atomic weapons on the Japanese cities of Hiroshima and Nagasaki in 1945. The organizations, the people, and the toolkit were repeatedly tried, broken, tested and re-tested.

In contrast, the nation’s space systems have served only in supporting communications and surveillance roles, albeit extremely important ones. Satellites provide users with near-instantaneous worldwide communications. They allow anyone on the globe to know their (and others’) precise position with an accuracy of just a few meters. Some offer the ability to detect and track ballistic missiles and other threats by their heat signatures. And some peer down at the planet in many spectra, keeping track of tank formations in garrison or on the move, ships plying international waters, or the odd mobile launcher scooting about the Korean peninsula. 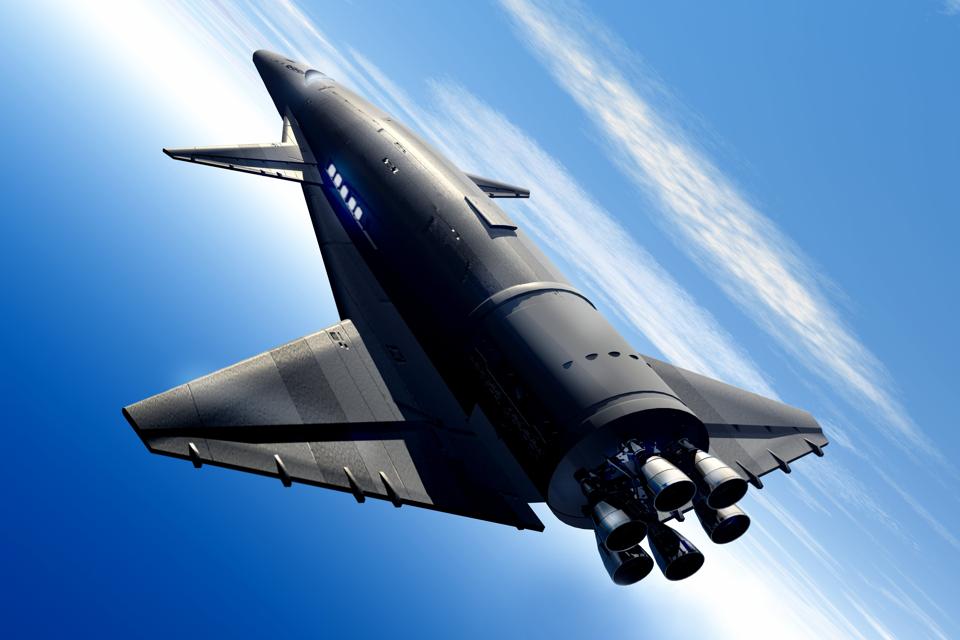 A notional spacecraft in orbit over the Earth.

These missions have not fundamentally changed character since they were first proposed in the 1950s and ‘60s. And the spacecraft we fly, while measurably superior to the systems we orbited 60 years ago, nevertheless provide similar data, are launched and operated in a similar manner, and – most importantly – do not (in the parlance) achieve effects independently.

In many respects, a better historical parallel than the 1947 Air Force for the Space Force’s current stage of development is the earliest ancestor of the Air Force, the circa 1907 Army Signal Corps Aeronautical Division, which was set up as an intelligence-collecting unit (and which itself capitalized on lessons learned from Civil War-era balloonists who ascended into the air to sketch out the arrangement of enemy formations before commencing battle). 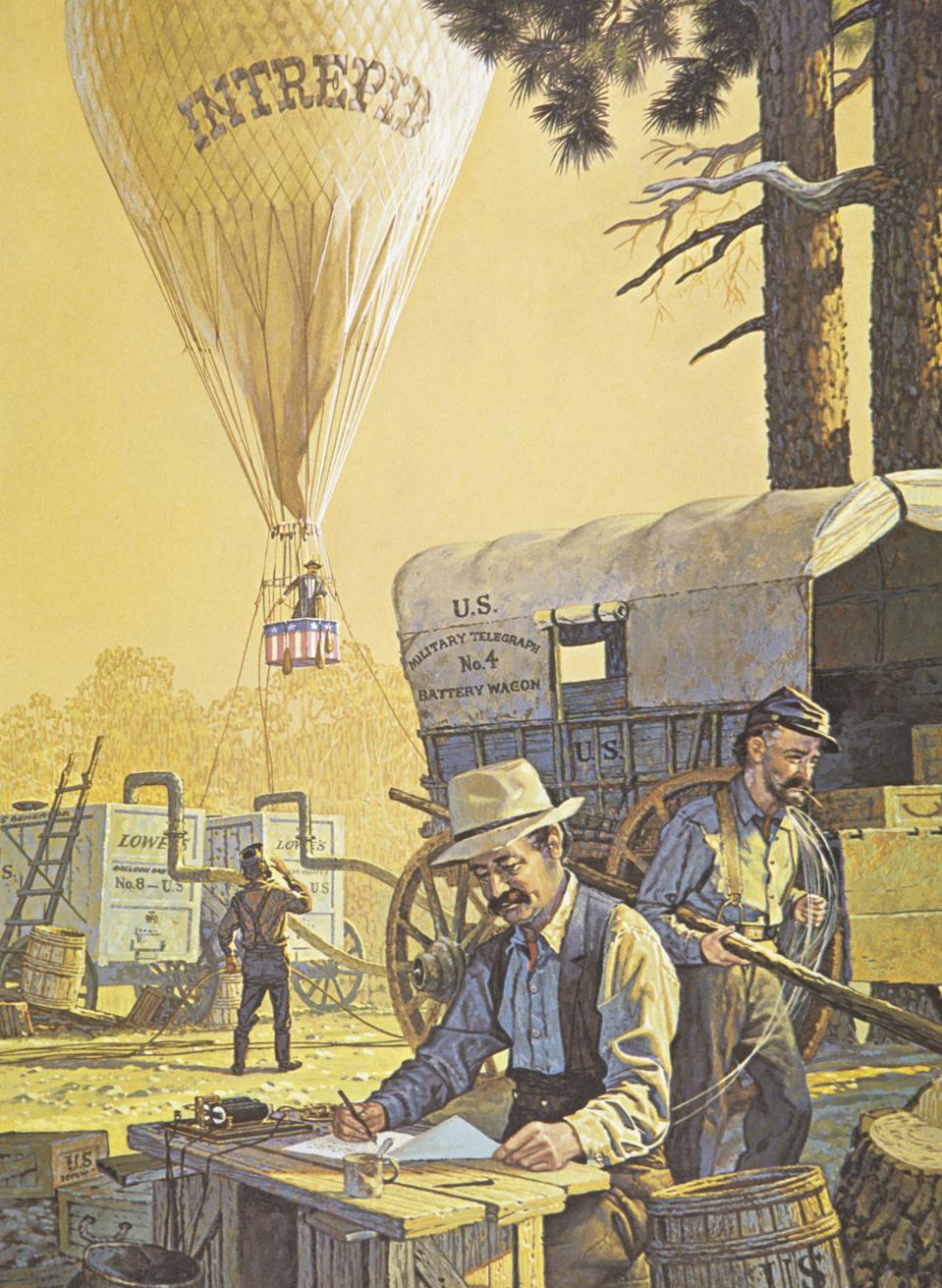 An illustration of men at work after the US civil war, circa 1865. The Union Army’s hydrogen gas … [+] balloon ‘Intrepid’ can be seen in the background.

We’ve rested on our laurels for two decades. We no longer have the luxury of time to refine the problem statement – our potential adversaries have seen to that. We are simply going to have to jam force into the Space Force. The current toolkit is utterly lacking. Since we were not bequeathed a true warfighting arm, we will have to create it out of whole cloth. This will be – with apologies for the understatement – a daunting task.

What form this new service’s architecture must take and how to transition to it will have to be decided soon. The outcome is going to hinge on the consensus answer to the question, “to what extent does space differ from any other domain of potential conflict?” There are several schools of thought:

(1) Space is (or should ideally be) a high-frontier Antarctica, a pristine domain protected by international treaties – preferably not to be exploited to serve any specific nation’s interests, and certainly not to be used by any nation to prevail over another in war;

(2) Despite assertions to the contrary, space was effectively militarized in 1957 and has ably served various nations’ armed forces ever since. The U.S. holds a distinct advantage over potential adversaries’ militaries as a result of its space capabilities. Safeguarding that advantage – the on-orbit assets, launch sites, and operations centers – should be the key task facing the Space Force’s founding generation; and

(3) Space is a domain like any other – air, sea, and land, and we should treat it as such. Conflict will occur in space as it has in every other domain; to believe otherwise would be shockingly naïve and irresponsible. The U.S. must prepare now to deter bad actors from taking actions which threaten our space capabilities, or resoundingly defeat them (in the space domain and elsewhere) should deterrence fail.

You cannot safely dismiss the Antarctica argument. It drives a long-standing diplomatic conversation that continues to the present day. Its adherents seek to define and proscribe the use of “space weapons,” but little meaningful progress has been made on this front. The United Nations’ Committee on the Peaceful Uses of Outer Space (COPUOS) and Committee for Disarmament have debated measures that would require member states to refrain from deploying weapons in space, or to commit to “no first placement.” These deliberations continue despite their increasingly academic character: The Chinese fired a direct-ascent weapon at one of their own satellites in 2007, destroying it and creating a cloud of debris in low earth orbit that persists to the present day.  The next year, the U.S. shot down one of its own satellites with a Standard Missile. India conducted a similar test in 2019, prompting condemnation from NASA Administrator Jim Bridenstine when it was determined that debris from the Indian demonstration might pose a threat to the International Space Station. Russia followed suit in April of this year with a test of its own. Multiple nations, including the U.S., have experimented with techniques for close inspection of satellites, which can serve peaceful purposes (e.g., refueling or repair) or more bellicose ones.  For better or worse, this genie is now out of its bottle. 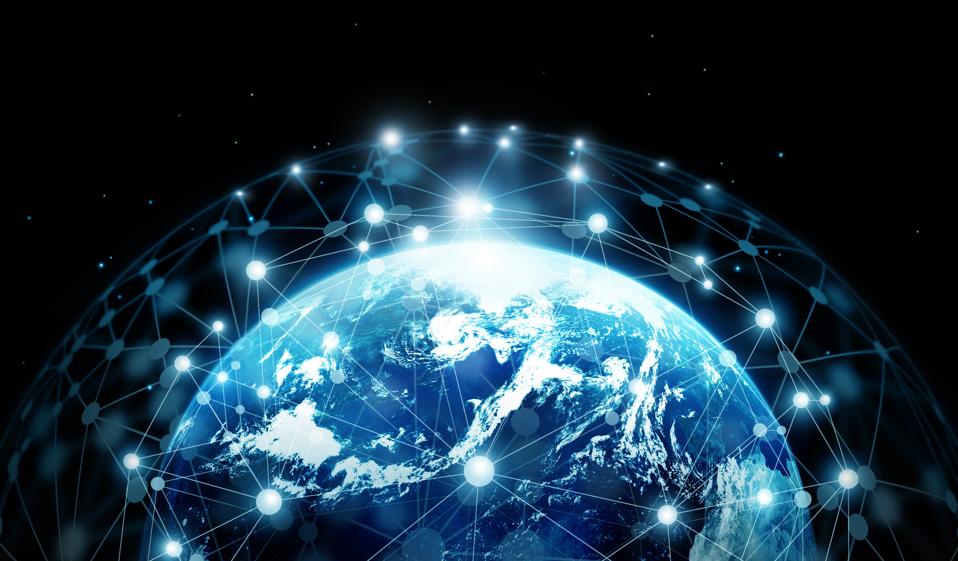 A fully distributed and disaggregated satellite fleet consisting of many hundreds of small … [+] spacecraft – one potential future for the Space Force.

As a result, the real debate has drifted beyond non-proliferation to the more practical question: Should the U.S. protect or re-architect its fleet? Few would dispute that our national security space assets are scarce, expensive, exquisite devices which require years to design, build, and test. Replacing them would take the better part of a decade (perhaps more) – so, goes the theory, it makes sense to spend our treasure on means to secure them against attack. And yet this “bird in the hand” argument has a serious flaw: any defense of the status quo ante only adds to the expense and complexity of our architecture – an extremely asymmetric and unfavorable scenario for the U.S., considering that offensive weapons such as the Chinese anti-satellite rocket can likely be had for a small fraction of the investment needed for the spacecraft it would destroy. General John Hyten famously referred to our satellites in 2017 as “big, fat, juicy targets.” It behooves us not to perpetuate this situation for any longer than necessary.

The alternative is re-architecture. Overturn the sixty-year run of ever costlier Battlestar Galactica-style behemoths and replace them with fleets of inexpensive small satellites based on commercial designs. Distribute them so that the destruction of single or even multiple spacecraft will have minimal effect on a constellation’s capabilities. Accurately track everything that moves between here and the moon. Look for ways to rapidly reconstitute our systems from launch sites other than Cape Canaveral and California’s Vandenberg Air Force Base, and augment constellations with defensive and offensive options – this sends a message to our adversaries that that any attempt at disruption will not only be futile, but will be met with forceful counters. Finally, build vehicles that can move quickly and efficiently between key orbital regimes – first responders whose very existence will give enemies pause.

In short, spend as little time as practical worrying about how to safeguard our collection of soon-to-be-obsolete assets, and get about the business of rapidly building the new Space Force – one that’s mobile, resilient, and powerful. Our nation, our allies, and our partners around the world will be the ultimate beneficiaries. Arguing over the details of organizational constructs, basing, or doctrine at this early date misses the point (all of these things are going to change).

We have one chance to get this right the first time.