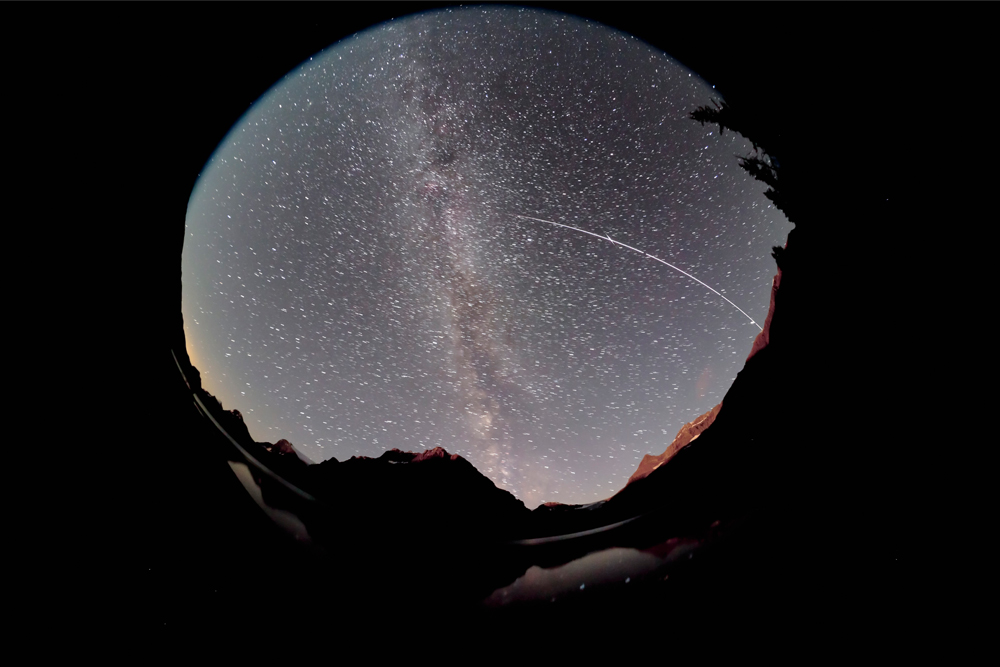 “Man must rise above the Earth — to the top of the atmosphere and beyond — for only thus will he fully understand the world in which he lives.”

Socrates made this observation centuries before humans successfully placed an object in Earth’s orbit. And yet the Greek philosopher seemed to grasp how valuable a view from space might be, even if he didn’t know how to achieve it.

Those notions — about how to get an object “to the top of the atmosphere and beyond” — would have to wait until Isaac Newton, who published his now-famous cannonball thought experiment in 1729. His thinking went like this: Imagine you place a cannon atop a mountain and fire it horizontally. The cannonball will travel parallel to Earth’s surface for a little while but will eventually succumb to gravity and fall to the ground. Now imagine you keep adding gunpowder to the cannon. With the extra explosives, the cannonball will travel farther and farther before it falls. Add just the right amount of powder and impart just the right velocity to the ball, and it will travel completely around the planet, always falling in the gravitational field but never reaching the ground.

In October 1957, the Soviets finally proved Newton correct when they launched Sputnik 1 — the first artificial satellite to orbit Earth. This kick-started the space race and initiated a long-term love affair with objects designed to travel in circular paths around our planet or other planets in the solar system. Since Sputnik, several nations, led predominantly by the United States, Russia and China, have sent some 2,500 satellites into space [source: National Geographic]. Some of these man-made objects, such as the International Space Station, are massive. Others might fit comfortably in your kitchen breadbox. We see and recognize their use in weather reports, television transmission by DIRECTV and DISH Network, and everyday telephone calls. Even those that escape our notice have become indispensable tools for the military.

Of course, launching and operating satellites leads to problems. Today, with more than 1,000 operational satellites in orbit around Earth, our immediate cosmic neighborhood has become busier than a big city rush hour [source: Cain]. And then there’s the discarded equipment, abandoned satellites, pieces of hardware and fragments from explosions or collisions that share the skies with the useful equipment. This orbital debris has accumulated over the years and poses a serious threat to satellites currently circling Earth and to future manned and unmanned launches.

In this article, we’ll peer into the guts of a typical satellite and then gaze through its “eyes” to enjoy views of our planet that Socrates and Newton could have barely imagined. But first, let’s take a closer look at what, exactly, makes a satellite different from other celestial objects.