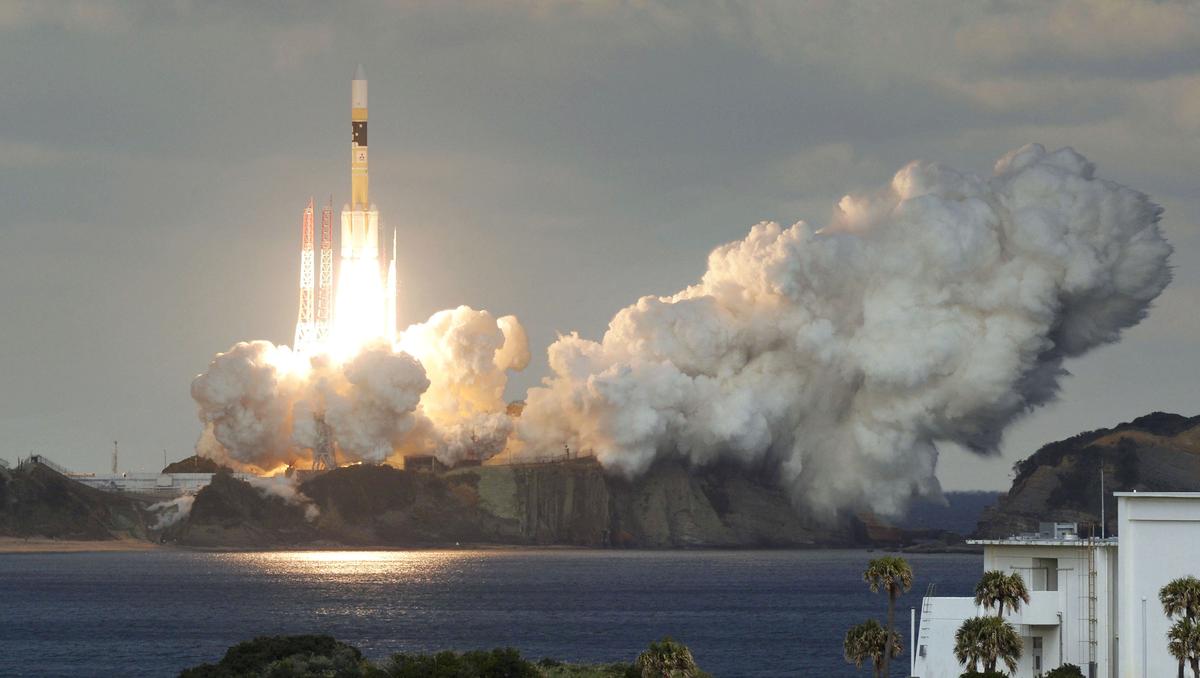 TOKYO (Reuters) – Japan on Tuesday launched its first military communications satellite to boost the broadband capacity of its Self Defence Forces as they reinforce an island chain stretching along the southern edge of the East China Sea.

Under Prime Minister Shinzo Abe, the military is operating further from Japan’s home islands as it takes on a bigger role to counter growing Chinese military activity in the region.

The satellite lifted off from Japan’s Tanegashima space port aboard an H-IIA rocket at 0744 GMT and successfully entered orbit, said a spokesman for Mitsubishi Heavy Industries, which builds the launcher.

The satellites is one of three planned so-called X-band satellites, that will quadruple broadband capacity, unify a fractured and overburdened communications network and allow communications across more territory.

Japan and China are locked in a territorial dispute in the East China Sea over a group of uninhabited islands known as the Senkaku in Japan and Diaoyu in China. The two countries are also at odds over the exploitation of gas fields that straddle exclusive economic zones claimed by both.

Japan, the main U.S. ally in Asia, is concerned that a recent increase in Chinese military activity in the area is a sign it is looking to extend its military influence from the neighboring South China Sea as a challenge to U.S. maritime dominance.

In December, China’s first aircraft carrier, the Soviet-built Liaoning, accompanied by several warships, sailed through the passage between the Japanese Southwestern islands of Mikado and Okinawa and into the Pacific for what China described as routine exercises.

The Tuesday launch marks the successful resumption of a program that was halted last year by an embarrassing mishap.

The first of the three satellites, which was meant to go into space from Europe’s Space port in French Guiana, was crushed during a flight from Japan after a blue tarpaulin covering its transport box blocked valves meant to equalize the internal air pressure as the cargo aircraft descended.