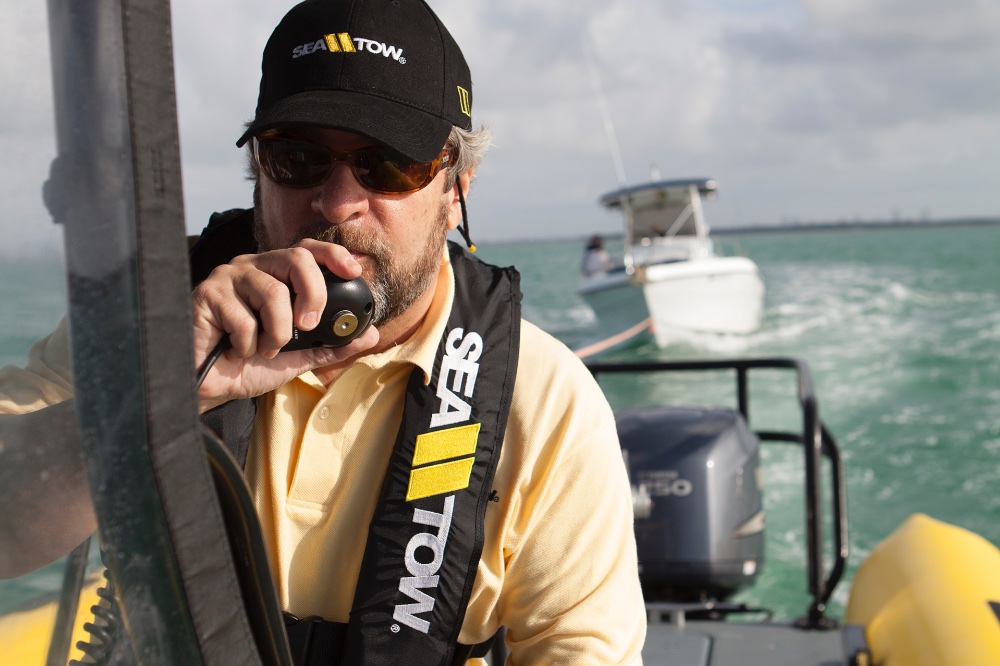 More marine communication choices are available today than ever before, and at present, there are three types of marine radios and one non-marine radio available for use on your boat including permanently mounted VHF radio, portable VHF, and single-sideband (SSB), while the non-marine radio is the citizen’s band (CB). And then, of course, there are cellular telephones. The newest option is a satellite messenger.

The fixed-mount VHF radio is the number-one choice for most boaters, in most situations.

Which choice is right for your boat, your needs, and your waterways? It’s not always an easy decision but, with some of the facts in hand, you’ll be able to make an informed choice.

Since the primary purpose for any radio aboard a boat is safety, the VHF radio should be the backbone of your basic radio equipment and we recommend that every boat have a VHF permanently installed. A VHF radio provides a “line-of-sight” transmission that is governed by two things: the height of your antenna and the height of the receiving antenna. While you can sometimes squeak out a 100 mile contact, you should be comfortable with 25 mile range for practical purposes, which fulfills most boating needs. SeeHow to Use a VHF Radio, if you’ve never operated one before or are unsure of the best practices.

VHF radios have come a long way from the early black boxes with four quartz crystal channels, progressing up to the 12- or 24-channel sets, and today you can expect even the least expensive VHF set to receive every U.S. and International channel, as well as several weather channels. Of course, you may never use most of these channels, but they can supply you with immediate access to the U.S. Coast Guard or other rescue agencies, a radio-telephone link to shore-based land telephones, weather information, information on ship movements in your area, and much more.

Progress in VHF radios is toward more compact and more waterproof units with lower current drain, as well as multi-channel scanning that allows you to monitor Channel 16 and several other channels simultaneously. One feature found on top-end units is a weather alert that uses a loud tone to warn you of impending severe weather.

Digital Selective Calling (DSC) is the newest advance in VHF technology, and it provides a real breakthrough in safety as well as general communications. DSC allows private communications between yachts using DSC-equipped VHF radios, and in an emergency, gives the authorities you exact latitude and longitude, as well an important information about your boat. Essentially, you can send out an electronic Mayday while talking on the VHF. Unfortunately, many DSC capable radios are not actually activated; watch Boating Tips: How to Make DSC Active, if your unit isn’t up to speed.

VHF portable radios are less powerful, with just six watts maximum, so their effective range is 10 to 12 miles in ideal conditions and may be limited to only a few miles in some circumstances. Antenna height plays a large role in just how far a handheld’s signal will reach. Good as an emergency back-up for your fixed VHF, or for staying in touch with the kids in the dinghy, VHF portables have achieved new breakthroughs in compact sizing that allows them to fit in a shirt pocket. Most are also waterproof and many float, making them ideal for emergency situations.

Take a look at Five Favorite Portable Handheld VHF Radios, to get some insight into which might be best for your needs.

The single sideband radio takes over for long distance radio communications where the VHF radio ends, and you can often achieve clear contacts up to 10,000 miles away. That’s why you normally find SSB radios only aboard cruising yachts headed far offshore, or fishing vessels that regularly run beyond VHF distances.

But the FCC is quite clear about the acceptable use of SSB radios. Before you can install the SSB, you must first have a VHF radio on board your boat and, even then, you are required to use the VHF radio for any communications of less than 25 miles.

In addition to providing basic voice communications, SSB radios can also provide weather information or, with additional receiving and printing equipment, can provide weatherfax and teletype communications. Single sideband radios can be divided into two groups: those for calling up to 1000 miles, and those for even more range. For communications in the 50 to 1000 mile range, a sideband of 125 to 150 watts is sufficient, and this will usually have nine to 12 channels. These smaller sets are less powerful, but they’re also less expensive and more forgiving of amateur operation. In general, the single sideband is less user-friendly than a VHF radio. 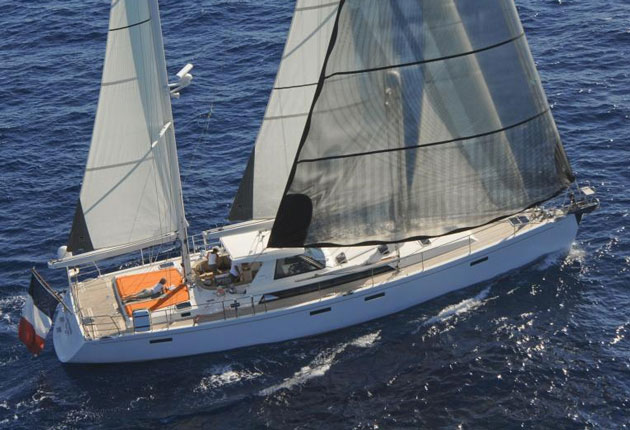 Cruising sailboats which may travel far from land are one type of vessel that commonly carries SSB radio.

The range of the single sideband is dependent on sky waves, so it is extremely sensitive to atmospheric and ionospheric interference. A channel that easily reached Tahiti yesterday may be nothing but static today.

The CB radio has been used by fishermen almost as long as it’s been in use by trucker on the highways, and since few use it today, it can still prove handy especially when you don’t want your conversations overheard by other boaters. CB radios are limited to 4 watts of power and 40 channels so for practical purposes you have an effective range of about five miles, although every CB-er delights in telling you of the times he’s talked to someone several hundred miles away when the atmospheric conditions provided just the right “bounce.”

CB remains a more popular communications choice on the many lakes and rivers across America as opposed to on the major waterways and coastlines. In truth it’s been more or less supplanted by better cell phone coverage, but if you want to stay in touch with a buddy or two in an area of poor cell coverage, CB fits the bill.

Many cellular telephone companies, particularly in coastal areas, realized that they were losing their automotive callers on weekends and they increased their coverage to include the waters offshore. The result is that in many areas, you can simply pick up a cellular telephone on your boat and place a call as easily as if you were in your own home. But if you use a cellular phone, you know that coverage can be spotty and disconnects still do occur, so the cellularshould notbe relied upon for safety as your sole communications device. Still, since just about every boater (and passenger aboard) has one, cell does get more than its fair share of use afloat.

On the flip side, there’s also some concern that casual cell phone use aboard boats is a safety issue just as it is for drivers on dry land. As we see in Cell phone Use By Skippers Poses Safety Concerns, the distraction factor is very real.

Your newest option in terms of marine communications is the satellite messenger. These little wonders bounce text messages off satellites to ensure delivery no matter where you may do your boating, inshore, offshore, or in middle America. They also have “911” buttons that allow you to call for help in a heartbeat. Some are stand-alone units, and others pair with your cell phone to turn the signal from cell to satellite. 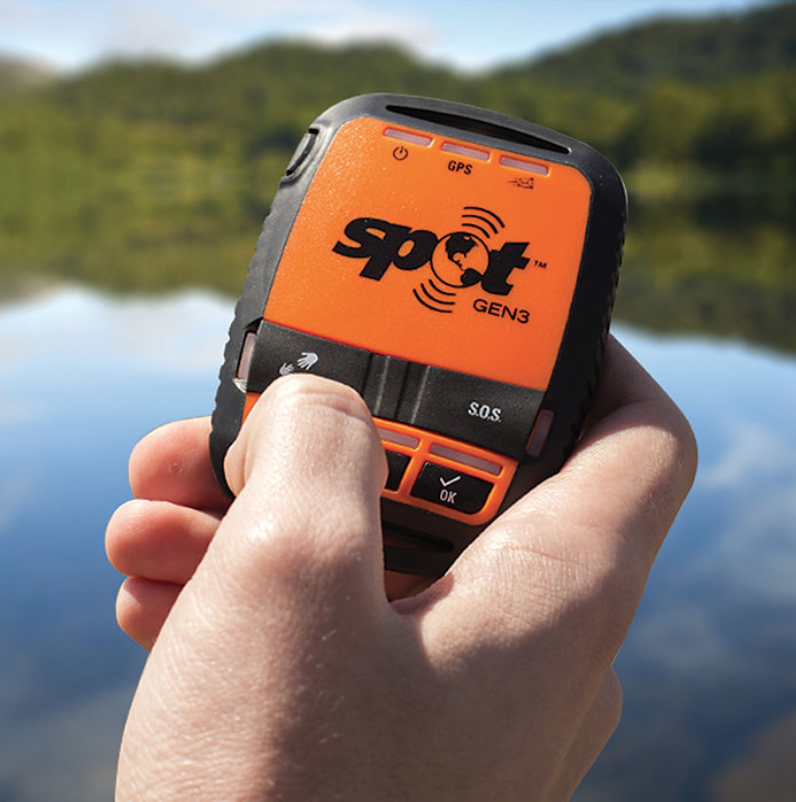 These units are small (they easily fit into a pocket) and inexpensive (some go for as little as $100) but they do require a (usually very small) monthly service fee. See Global Communications: Saving Lives or Saving Face to learn more about satellite messengers.

Editor’s note: this article was updated in July of 2017.