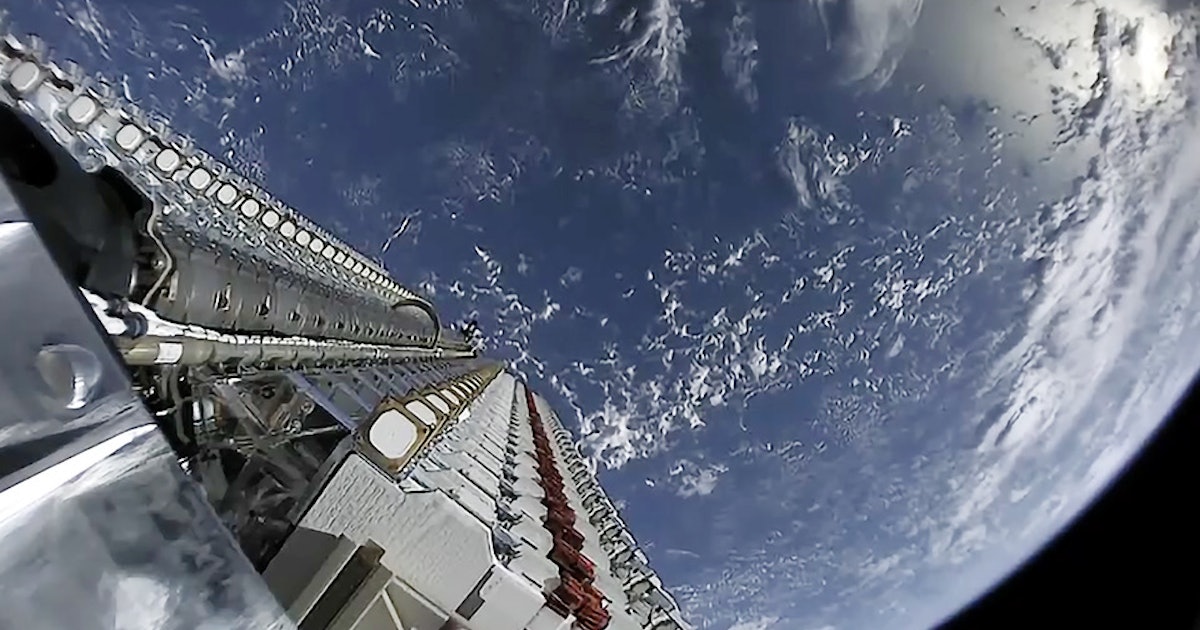 SpaceX is sending up hundreds of Starlink satellites to provide high-speed internet service, and it’s making its way to an increasing number of areas.

On March 11, the company launched a Falcon 9 rocket with 60 more satellites on board. The booster lifted off from Space Launch Complex 40 at Cape Canaveral Space Force Station in Florida, successfully landing after launch on the droneship Just Read the Instructions, the sixth launch and landing for this particular booster.

Want to know more about SpaceX’s plans for Starlink? Subscribe to MUSK READS+for exclusive interviews and analysis about all things Elon Musk.

What is SpaceX Starlink?

The service is also designed to offer faster response times than other satellite services. A 2013 analysis found that competing services would offer latencies — or speed delays caused by intricacies of satellite communication — of around 638 miliseconds, 20 times slower than ground-based connections. SpaceX’s 2016 filing claimed it was aiming for between 25 to 35 miliseconds.

A Starlink satellite dish. SpaceX’s service uses these dishes to connect to the internet.Starlink

It achieves these faster response times compared to competitors by orbiting a larger number of satellites closer to the Earth, at around 550 kilometers (340 miles) altitude. The company filed for permission with the International Telecommunication Union back in October 2019 to launch 30,000 satellites into space on top of the 12,000 approved by the United States’ Federal Communications Commission.

The project could prove one of SpaceX’s most lucrative projects. Previous analysis shows the entire space launch industry only brings in around $5 billion in revenue. But the internet access market is worth around $1 trillion, meaning if Starlink can capture between three and five percent of the market, it can greatly eclipse its existing industries.

One thing Starlink won’t want to eclipse is astronomers’ work – even with the limited constellation in the sky, some experts have said the planned mega-constellation is already blocking their view.

SpaceX offers a straightforward means of signing up for the service. Visit the website, linked here, and enter your desired service address. Choose your address from the list of suggested addresses — the form won’t work unless you choose a suggested address — and press the “Order Now” button to confirm.

If you don’t live at a traditional address, you can input a “Plus Code” to pinpoint your location on a map:

SpaceX Starlink: what is the price of the service?

SpaceX currently charges a $499 one-off fee for the Starlink Kit, which includes everything you need to connect your devices to the internet. Users will also pay a $99 per month ongoing fee.

Customers in other countries should expect similar prices. In February 2021, Musk posted on Twitter that Starlink is “meant to be the same price in all countries.” He added that “Starlink is a staggeringly difficult technical & economic endeavor. However, if we don’t fail, the cost to end users will improve every year.”

Users may also have to pay shipping and handling fees for the kit as well as sales tax.

SpaceX Starlink: when will it be available in my area?

Starlink has been available to an increasingly large group of people. Musk claimed to send a tweet through the service in October 2019.

Starlink’s website claims it is “now delivering initial beta service both domestically and internationally, and will continue expansion to near global coverage of the populated world in 2021.”

SpaceX has gradually expanded its areas of coverage over time. Data collected by Reddit’s Starlink community suggests the company is currently servicing customers between latitudes of 37 degrees and 54.7 degrees. On March 10, users in the United Kingdom received an email announcing that service is “now available in parts of Wales, Scotland, Northern Ireland and northern England.”

For visitors in the U.S. and Canada not currently served by the Starlink beta, the website normally suggests it will start offering coverage from mid to late 2021. The main exceptions are Alaska and Hawaii, which show up as targeting coverage for 2022.

Musk posted on Twitter in February 2021 that Starlink is aiming to cover “most of Earth by end of year, all by next year, then it’s about densifying coverage.”

A key question for other countries will be regulatory approval. That could influence where it operates.

CNBC reported on public records in January 2021 that show where the company is registered. The firm has registered in Argentina, Australia, Austria, Brazil, Chile, Colombia, France, Germany, Greece, Ireland, Italy, Mexico, the Netherlands, New Zealand, the Philippines, South Africa and Spain. Bloomberg reported that same month that Germany, Greece, and Australia have already approved the service.

Issues with national governments have caused headaches for satellite operators in the past. Reuters reported in October 2018 that Russia had voiced opposition to OneWeb’s plans to offer internet access to remote parts of the country, citing security concerns. The company submitted but then withdrew an application to operate in the country in August 2019.

Near-global coverage by 2021? While it may be possible on a technical level, in terms of actual deployment a number of factors could influence the real launch date in each jurisdiction.

SUBSCRIBE TO MUSK READS+, A PREMIUM NEWSLETTER THAT COVERS THE WORLDS OF ELON MUSK, SPACEX, TESLA, AND EVERYTHING BETWEEN.