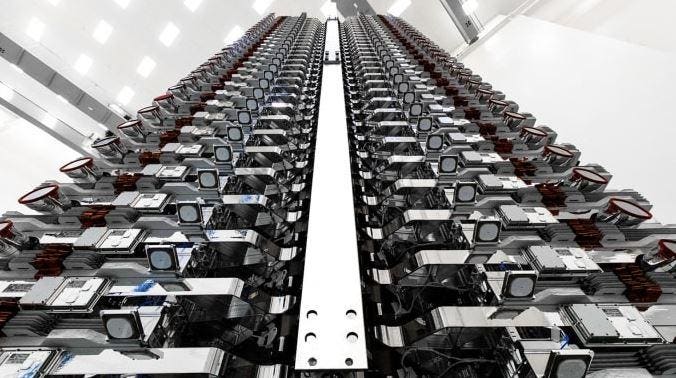 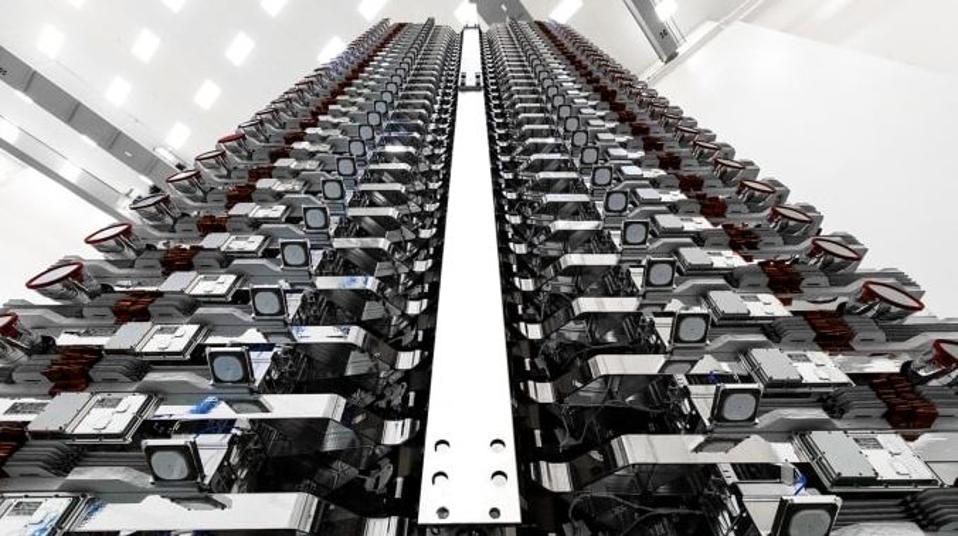 SpaceX has launched nearly 900 Starlink satellites since May 2019.

The pricing for SpaceX’s Starlink beta service in the U.S. appears to have been revealed, after potential users received emails inviting them to sign up to the service.

According to an email posted on Reddit, and confirmed by CNBC, Elon Musk’s company will charge users $99 a month initially to use its Starlink service. They will also need to pay $499 for a small satellite dish, mounting tripod, and router from the company.

While the pricing has been revealed, it’s unclear how many users this initial service – called the “Better Than Nothing Beta” by SpaceX – is being rolled out to. However, SpaceX did reveal some further details on what could be expected from Starlink.

“As you can tell from the title, we are trying to lower your initial expectations,” the reported email begins.

“Expect to see data speeds vary from 50Mbps to 150Mbps and latency from 20ms to 40ms over the next several months as we enhance the Starlink system. There will also be brief periods of no connectivity at all.

“As we launch more satellites, install more ground stations, and improve our networking software, data speed, latency, and uptime will improve dramatically. For latency, we expect to achieve 16ms to 19ms by summer 2021.

“The Starlink phased-array user terminal, which is more advanced than what’s in fighter jets, plus mounting tripod and Wi-Fi router, costs $499 and the monthly subscription costs $99.” 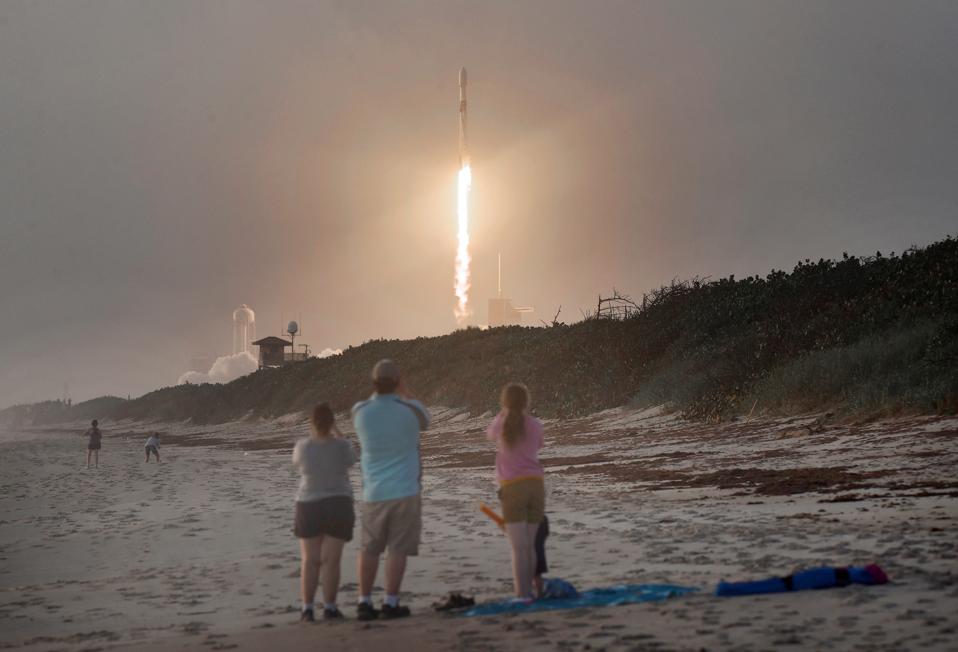 Starlink launches have continued to come thick and fast.

One Reddit user in Washington said they had already been able to place their order, saying it cost them almost $600 in total – which included $50 in shipping.

Alongside the email, SpaceX has also launched a Starlink app for iOS and Android, where SpaceX confirmed its planned rollout of the service.

“Starlink is designed to deliver high speed broadband internet to locations where access has been unreliable, expensive, or completely unavailable,” the company said.

“Under Starlink’s Better Than Nothing Beta program, initial service is targeted for the U.S. and Canada in 2020, rapidly expanding to near global coverage of the populated world by 2021.”

The app also includes an augmented reality service to help with setup of the Starlink dish.

While cheap for some, the pricing revealed so far is likely to be too high for some of the three billion people around the world that lack a connection to the internet, a supposed target market for space internet services like Starlink.

“That pricing is not much different from what we already see with satellite internet,” says industry analyst Laura Forczyk, from U.S. space consulting firm Astralytical.

“If the goal is to bring internet to the masses, then this price is not going to achieve that.”

Starlink relies on thousands of satellites operating in Earth orbit to beam the internet to the ground, known as a mega constellation. The company has already launched nearly 900 satellites, with plans to operate up to 42,000 in the future.

This has raised large concerns about the impact these satellites could have on operations in Earth orbit. Prior to Starlink, only 2,000 active satellites orbited Earth, dramatically increasing concerns around collisions and space junk.

Astronomers have also raised concerns about the impact of Starlink satellites on the night sky, noting the satellites could hamper observations of the universe. SpaceX has belatedly attempted to address these concerns, with some success. 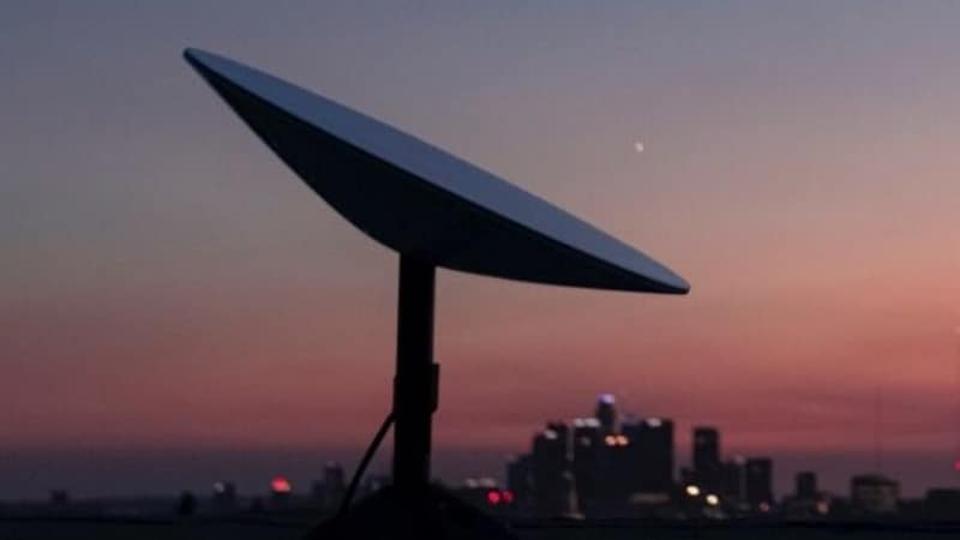 Users will need to pay $499 for a Starlink dish (pictured), tripod, and WiFi router.

Starlink is just one of several planned space internet constellations, with rivals including Project Kuiper from Jeff Bezos’ Amazon company, and OneWeb in the U.K., which is backed by the U.K. government.

So far, SpaceX is the first to reveal the pricing for its service. It’s unclear if this initial price is for the beta only, and will reduce in the future to make the service more affordable. SpaceX did not respond to a request for comment on the matter.

However, while unaffordable for some, the price will likely be tempting for certain markets, such as the military. SpaceX has already been targeting that area, with the U.S. Army signing a deal with the company earlier this year to assess the feasibility of Starlink for military operations.

By the end of the year it’s likely that SpaceX will have launched more than 1,000 Starlink satellites as it continues its rapid rollout. And while a lot of unknowns and concerns remain, the company is clearly keen to press ahead with its plans.

But while it appears to be ahead of its competitors, quite whether the service will live up to the goal of bringing the internet to the unconnected remains to be seen. “It’s absolutely a worthy goal,” says Forczyk. “Whether it’s achievable, I don’t know.”