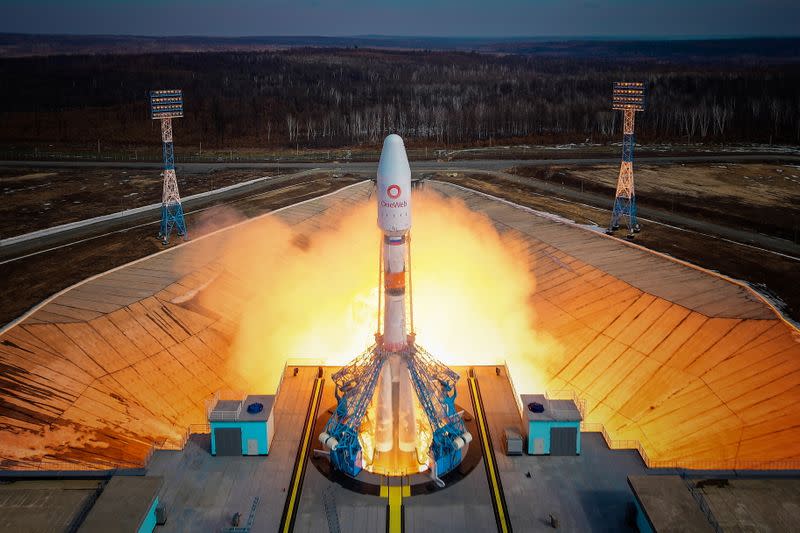 MOSCOW (Reuters) – OneWeb launched 36 satellites into orbit from a cosmodrome in the far east of Russia on Thursday as part of the satellite firm’s plans to deliver global high-speed internet access.

The launch, carried out by Arianespace from the Vostochny cosmodrome, brought the number of in-orbit satellites to 146, part of a fleet designed to deliver high-speed, low-latency global connectivity, the satellite operator said.

OneWeb said this was the second in a five-launch programme that will enable its connectivity to reach all regions north of 50 degrees latitude by the middle of 2021.

“These services will cover the United Kingdom, Alaska, Northern Europe, Greenland, Iceland, the Arctic Seas and Canada, and will be switched on before the end of the year,” it said.

“OneWeb then intends to make global services available in 2022,” it added.

OneWeb resumed flights in December after emerging from bankruptcy protection with $1 billion in equity investment from a consortium of the British government and India’s Bharti Enterprises, its new owners.

Founded in 2014 by entrepreneur Greg Wyler, OneWeb planned to launch some 650 satellites into low earth orbit to provide universal internet but struggled to raise funds.