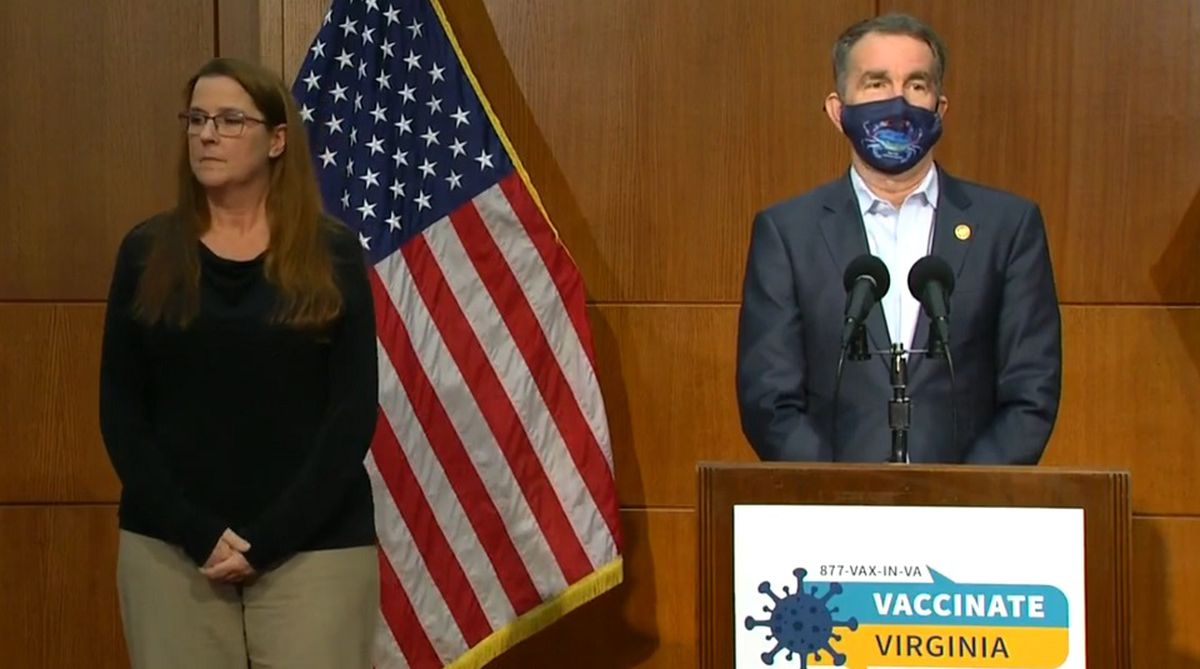 RICHMOND, Va. (WWBT) – Here’s a quick look at our top headlines before you head out the door.

Rain is likely this morning, and it could be heavy at times.

lowly drying and clearing in the afternoon. Highs in the low 60s.

Wednesday Forecast: Rainy for the morning/midday, then a dry afternoon

Petersburg police said they have crews guarding the scene near Southpark Boulevard.

BREAKING NEWS: Police tell us the cab of a tractor-trailer is dangling off an overpass on Interstate 95 in Petersburg near Southpark Boulevard. NBC12 has a crew headed to the scene. (NOTE: No Sound) >> https://bit.ly/396jA7Z

Virginia State Police are working on the incident.

At least 29.9% of Charles City County has received at least one dose, which is above the current state rate of about 24%.

Over 17% of the entire county is fully vaccinated.

Local health officials say they really focused on word-of-mouth and in-person engagement to get people signed up for shots.

Governor Northam announced Tuesday that he is relaxing the state’s COVID-19 restrictions as vaccine efforts ramp up and new cases start to slow down.

Northam says the state currently averages around 1,400 COVID-19 cases per day. Because those numbers are trending down, starting on April 1, social gatherings may have up to 50 people indoors and 100 outdoors.

Capacity limits for other indoor and outdoor events will be increased, as well, but folks will still need to wear masks and follow other protocols.

Law enforcement officials and former associates of a 21-year-old accused of killing 10 people at a Colorado supermarket described the suspect as someone prone to sudden rage who was suspended from high school for a sudden attack on a classmate that left the student bloodied.

Ahmad Al Aliwi Alissa, who is from the Denver suburb of Arvada, was booked into jail Tuesday on murder charges a day after the attack at a King Soopers grocery in Boulder. He was due to make a first court appearance Thursday.

Ahmad Al Aliwi Alissa, 21, was booked into jail murder charges a day after the mass shooting that left 10 dead at a King Soopers grocery in Boulder, Colorado. (Source: Boulder Police Department via CNN)

Alissa had bought an assault weapon on March 16, six days before the attack, according to an arrest affidavit.

Investigators have not established a motive, said Boulder County District Attorney Michael Dougherty. It was not immediately known where the suspect purchased the weapon.

Nearly two years after a mass shooting at the Virginia Beach Municipal Center, a final investigation report is set to be released today.

Twelve people were killed after a city employee entered Building 2 on May 31, 2019, and opened fire. The shooter also died.

The Virginia Beach Police Department has been working on the summary report along with City Manager Patrick Duhaney, who was hired last year.

Northam scheduled a tour Wednesday of the death chamber at the Greensville Correction Center, then planned to sign the landmark legislation.

In modern times, Virginia is second only to Texas in executions carried out, with 113 since the Supreme Court reinstated the death penalty in 1976.

The Walking Dead Filming In Richmond

Scenes for “Walking Dead, The World Beyond” are being filmed on Oregon Hill Parkway, near the Lee Bridge.

Scenes for “Walking Dead, The World Beyond” are being filmed on Oregon Hill Parkway, near the Lee Bridge. (Source: NBC12)

Due to the filming, there are some “no parking” signs and street closures.