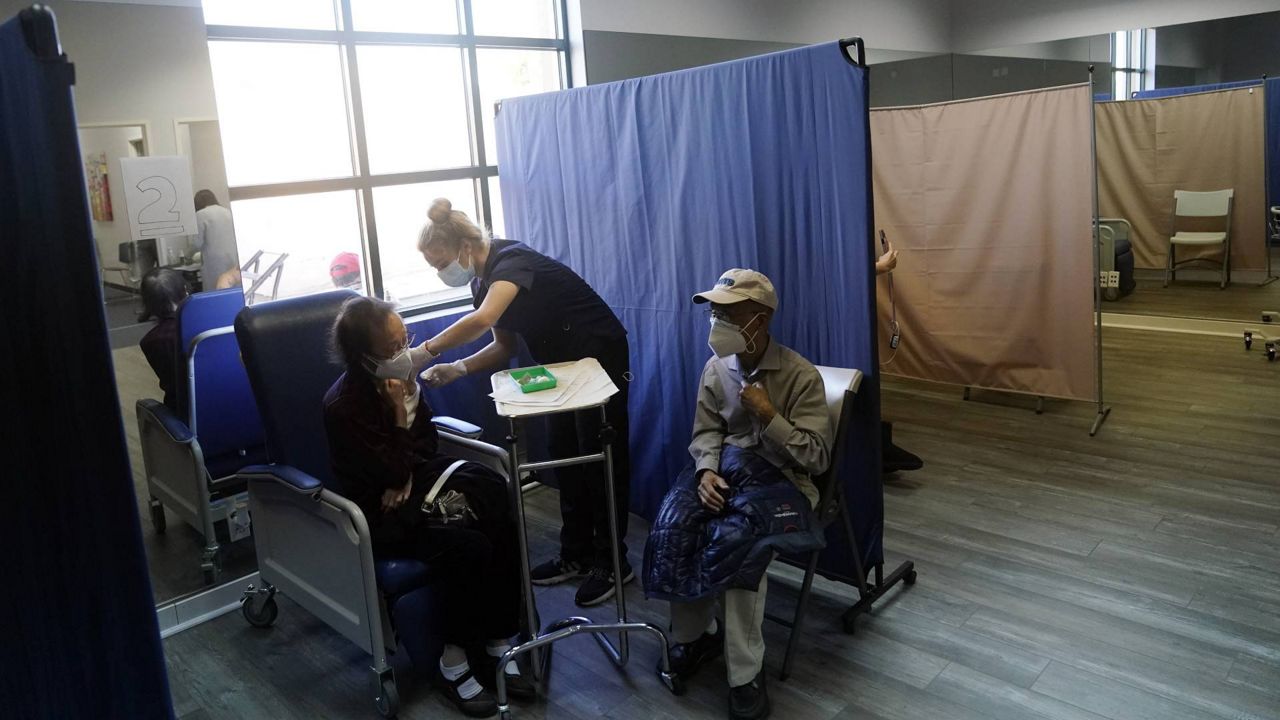 What You Need To Know

Hospitalizations increased from 187 Sunday to 195 on Monday as the number of COVID-19 patients in intensive care increased from 43 to 50, according to the Orange County Health Care Agency.

The death toll so far this month is 50, and 496 for February. In January, the deadliest month of the pandemic, there have been 1,439 fatalities reported. In December, the runner-up for deadliest month, there were 916 deaths reported.

California COVID-19, By The Numbers:

Confirmed cases to date: 3,547,278
Note: Numbers may not represent true day-over-day change as reporting of test results can be delayed

“People keep asking me about variants and shouldn’t we be looking out for variants,” Noymer said. “They’re worrisome and will happen sooner or later, but maybe not until next winter when most people are vaccinated and this is a big nothing… The numbers now look really, really good in Orange County and we should be happy about it.”

Noymer was also encouraged by the reports that a fourth vaccine may be authorized soon by the Food and Drug Administration.

“AstraZeneca being authorized is good — I’m all for it,” he said.

As for reports of blood clotting in some recipients in Europe, Noymer said it was rare. Officials are reporting it is not connected to the vaccine but is a common symptom among the elderly.

“The blood-clotting issue is a mountain out of a molehill,” Noymer said. “We’re talking about very rare cases here so I’m not super worried.”

Orange County CEO Frank Kim said the county’s case rate as of Sunday was 3.5 per 100,000 residents and the overall positivity rate was 2.1% and the “health equity” positivity rate among the underprivileged neighborhoods was at 3.2%.

That means the county now meets the metrics for the state’s blueprint for reopening businesses, but it must continue that level for two weeks before it can move up from the red tier.

“Overall, the numbers look good,” Kim said, adding he was a “little bit nervous” about the slight increase in hospitalizations. Kim noted that the declines appear to have leveled off since last week.

There’s only one skilled nursing facility in the county that has an outbreak, defined as two or more cases within the past two weeks. There are only two inmates in the county jails who are infected.

Orange County, which is in the red tier of the state’s four-tier system for reopening the economy, is on track to move to the orange tier by April 7 if current trends continue, but could make the orange tier sooner if the state authorizes it, as it did when officials moved up the county’s move into the red tier, Kim said.

Supervisor Lisa Bartlett said it could hinge on whether the state makes its goal of four million inoculations in underprivileged communities by the beginning of April.

Orange County is doing 312.9 tests per 100,000 people on a seven-day average with a seven-day lag. Its testing average mirrors the state average, Kim said.

County supervisors on Tuesday will consider whether to approve a memorandum of understanding with the state or Blue Shield on vaccine distribution.

Kim said the county is inclined to go with Blue Shield because it will be easier to transition its Othena app to the insurance company’s data- collection system.