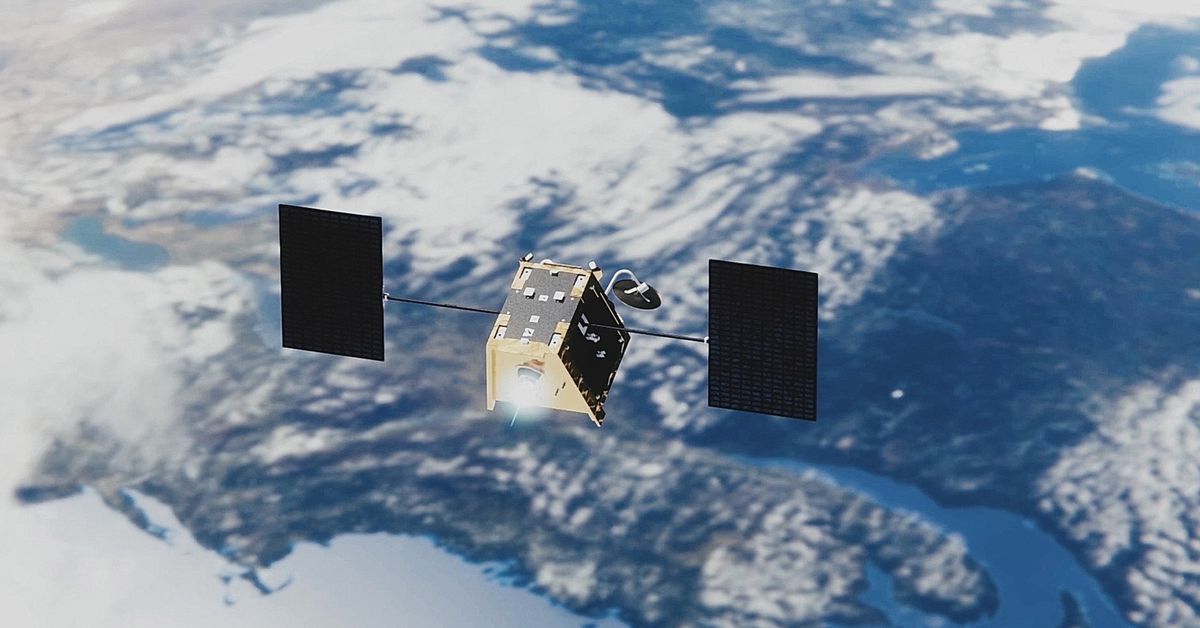 OneWeb — an aerospace company with plans to beam internet connectivity from space — announced plans today to provide “fiber-like internet” coverage to the Arctic starting as early as 2020. Using the company’s planned mega-constellation of satellites, the company says it can provide high-speed internet to homes, boats, and planes all located above the 60th parallel north latitude.

OneWeb is one of many companies aiming to provide internet from space using a complex array of satellites and ground stations. The company plans to launch an initial constellation of 650 spacecraft that will beam internet connectivity to a series of ground terminals on Earth’s surface. These vehicles will orbit at a relatively low altitude, decreasing the time it takes to beam coverage to the surface below. With so many satellites, OneWeb says it can provide global coverage, with at least one satellite in view of any area of the Earth at all times.

That coverage extends to the Arctic, which is a difficult place to lay fiberoptic cables and provide traditional internet connectivity. OneWeb claims that its satellite constellation will be able to provide high-speed internet to the 48 percent of the Arctic that currently doesn’t have broadband coverage. Local politicians are thrilled with the idea, arguing that it will help with economic development in the area.

“Connectivity is critical in our modern economy,” Sen. Lisa Murkowski (R-AK) said in a statement. “As the Arctic opens, ensuring the people of the Arctic have access to affordable and reliable broadband will make development safer, more sustainable and create new opportunities for the next generation leading in this dynamic region of the globe.”

“Connectivity is critical in our modern economy.”

So far, OneWeb has only launched the first six satellites in its constellation, but the company says it was able to conduct some HD video streaming tests with the spacecraft in July. The tests proved that the satellites are operational and have a relatively low latency — under 40 milliseconds in lag time.

Other companies, notably SpaceX and Amazon, are also working to create mega-constellations of satellites that are meant to be even larger than OneWeb’s constellation. In April, Amazon detailed plans to launch a constellation of more than 3,200 satellites, while SpaceX has proposed launching two constellations that will contain nearly 12,000 satellites in total.

SpaceX has already launched the first 60 satellites in its constellation, though three of the first batch failed after reaching orbit. OneWeb argues that its constellation will be deployed “significantly earlier” than other planned constellations, allowing the company to provide coverage to the Arctic sooner than other systems. The company cites the fact that it already has two active ground stations in Norway and Alaska, which are needed to help connect OneWeb’s satellites to the current internet ground infrastructure. Those stations are supposed to be fully operational by January 2020, according to OneWeb, allowing this rollout to the Arctic by next year.

“Connectivity is now an essential utility and a basic human right,” OneWeb CEO Adrian Steckel said in a statement. “Our constellation will offer universal high-speed Arctic coverage sooner than any other proposed system meeting the need for widespread connectivity across the Arctic.”

OneWeb plans to launch its satellites in batches of 36 aboard Arianespace’s Soyuz rocket. The next launch is slated for later this year.