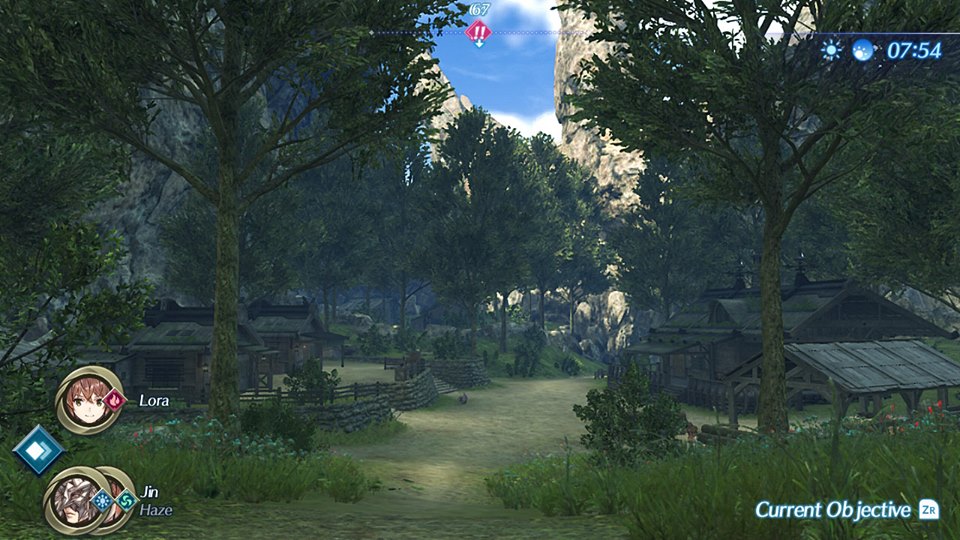 Hyber Village is a landmark in Torna ~ The Golden Country. It is a tiny village located on the west side of the upper level of the Aletta Region of the Kingdom of Torna, just beyond Olnard’s Trail.

There are several green barrels containing Red Pollen Orbs here, and various Collection Points. The quest For Lack of a Hunter can be accepted here, and MacNeth can be found here during Duplicity. The Navy-Blue Slate Piece can be found in one of the abandoned houses.

There are no enemies in the village itself, but there are several in the unnamed area between the village and The Braying Canyon. These are listed below.

Ninety years before the events of Torna ~ The Golden Country a woman from the village named Ornelia became the driver of the Paragon of Torna – Jin. She was subsequently knighted and lived in the village with Jin for some time before she died, during which Jin wrote a journal detailing the means to becoming a Flesh Eater, which he left in the house hoping that he might find it after becoming bonded to his next driver.

Upon reaching the village the party decides to stay the night and are greeted enthusiastically by the innkeeper Teo, who recognizes Jin and points out the house he and Ornelia lived in. Jin and Lora investigate the ruins of the house, and Jin recovers his journal.