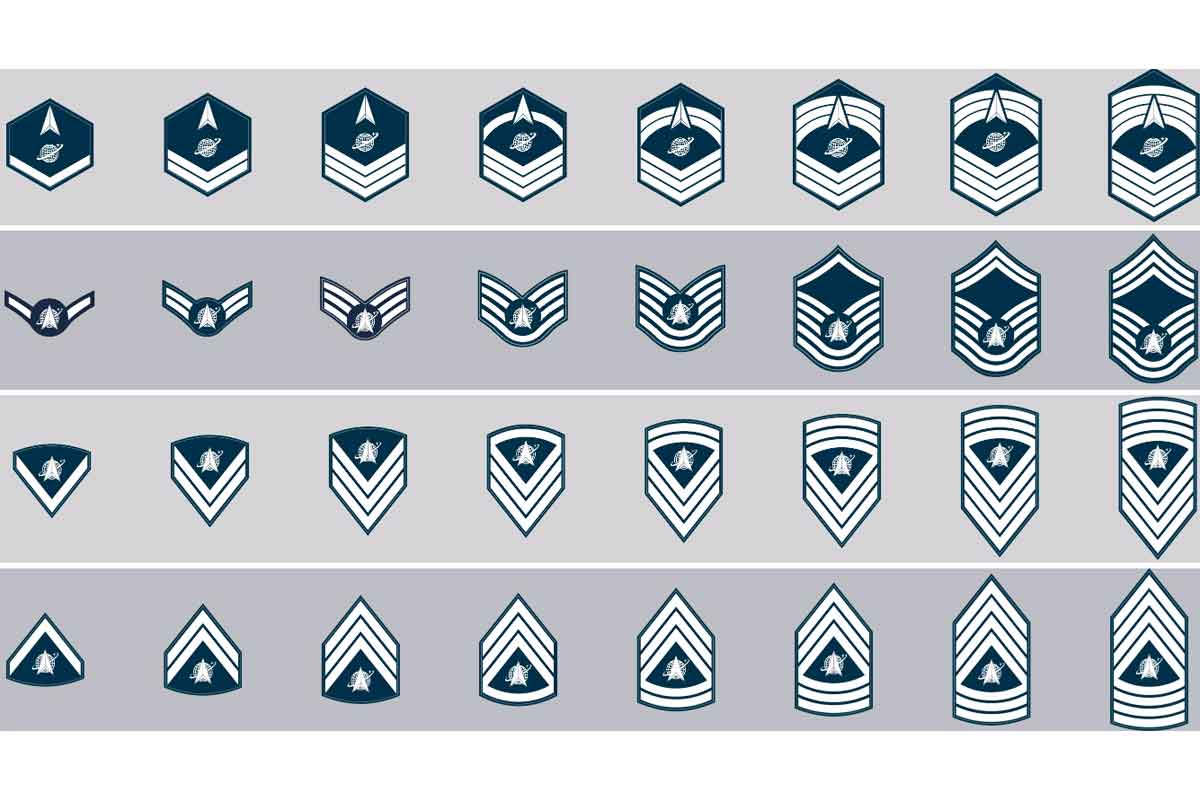 The Space Force is surveying its members about the rank insignia designs they’d like to affix to their shirt and jacket sleeves.

Mock-ups of enlisted rank insignias from E-2 to E-9 have surfaced on social media in recent days. One survey posted on the popular, but unaffiliated Air Force Facebook page Amn/Nco/Snco, shows four options to choose from: One is notably similar to the Air Force’s insignias, while another has the curved “rocker rank” look used for Marine Corps and Army patches.

“We are conducting a scientifically-designed survey to capture Guardian feedback on proposed enlisted insignia designs,” service spokeswoman Lynn Kirby said in an email Thursday. Surveys went out to Space Force members this week, she said.

Last month, Chief Master Sergeant of the Space Force Roger Towberman said that rank patch announcements would be coming soon. During the annual Aerospace Warfare Symposium, he said the Space Force was in the process of rolling out trial rank insignia and would collect feedback on the designs.

Chief of Space Operations Gen. John Raymond said during a virtual event with the National Press Club on Wednesday that dress uniform prototype designs are being worked on, and updates on a potential new uniform should be announced by early April.

The service revealed in January that junior enlisted members between E-1 and E-4 will be called specialists 1-4. E-5s will be sergeants, followed by technical sergeants at E-6. Space Force officer ranks — second lieutenant to general — will remain the same as those in the Air Force.

The Space Force so far has debuted its organizational structure; logo, seal, flag and motto; a dark navy-colored name tape; and a lapel pin.

It has issued guidance on how to wear the Operational Camouflage Pattern uniform as its official service duty uniform. And it has released three commercials to attract new recruits.

© Copyright 2021 Military.com. All rights reserved. This material may not be published, broadcast, rewritten or redistributed.