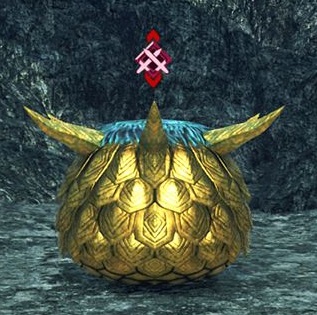 Unique Monsters (Japanese: ユニークモンスター, yunīku monsutā) are enemies in Xenoblade Chronicles 2 and Torna ~ The Golden Country. They have higher stats and potentially unique skills — similar to minibosses or superbosses in other games. Unique Monsters have unique names and there is only one of each of these monsters in the world. They can be identified by a crest behind their field icon. There are 85 Unique Monsters, 8 of them are Superbosses that are above level 99, and one is also a quest-exclusive boss, Relentless Arduran.

Unlike their counterparts in previous games, Unique Monsters in Xenoblade Chronicles 2 do not automatically respawn after defeat. However, once defeated or sent into a bottomless pit, a named tombstone will be erected where the Unique Monster was previously located. If the player interacts with the tombstone, they will be given the option to resurrect and rebattle the Unique Monster if they so choose. Additionally, if a Unique Monster is defeated, a triumphant postlude will briefly play, and dialogue between party members will occur.

Unique Monsters also appear in Torna ~ The Golden Country, where they act the same as they do in the main game. There are 20 Unique Monsters, with 4 of them being classified as Golden Monsters.

※ Relentless Arduran is considered both as a quest-exclusive Boss and a Unique Monster.

Golden Monsters are four particularly powerful Unique Monsters in Torna ~ The Golden Country. To encounter them, the player must first purchase their information from the Nopon Halfsage at variable cost.