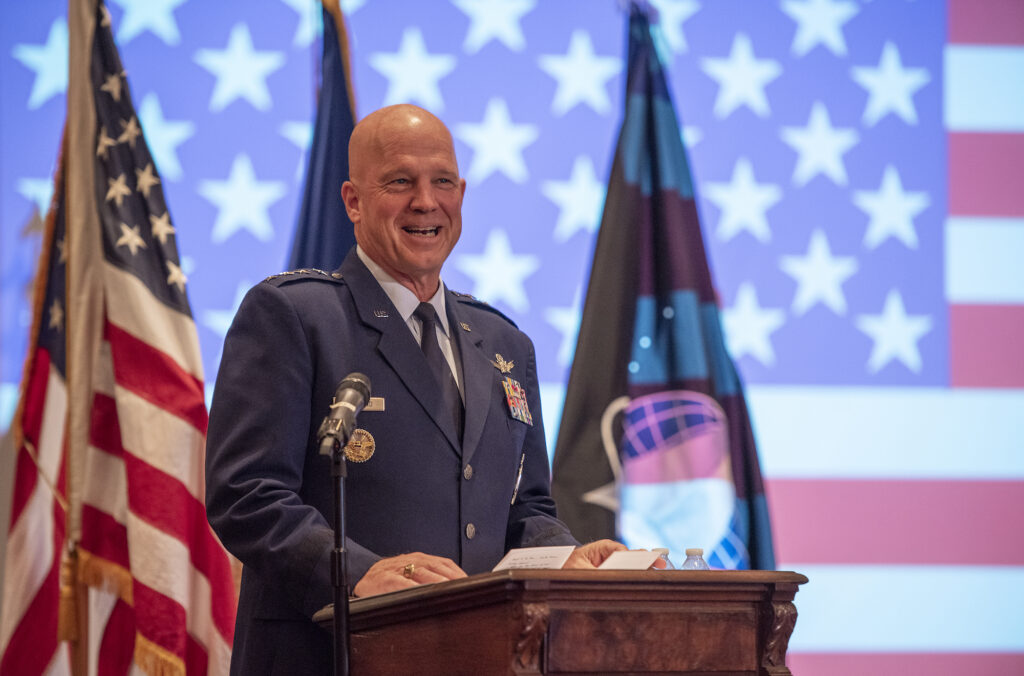 The world is entering an era that “will be defined by rapid global growth in space commerce, exploration and military activities,” Raymond said.

WASHINGTON — The White House unambiguous statement of support for the Space Force makes it “really clear that this is not a political issue, it’s an issue of national security,” Chief of Space Operations Gen. John Raymond said March 3.

Speaking at a virtual National Press Club event, Raymond said he appreciated the president’s support which reflects a recognition that space is an issue of national interest. “It’s all on an upward trajectory,” Raymond said.

The Space Force was enacted into law Dec. 20, 2019, with bipartisan backing from Congress but has often been referred to as “Trump’s Space Force” as it was highly championed by the former president.

White House press secretary Jen Psaki last month said the Space Force “absolutely has the full support of the Biden administration. And we are not revisiting the decision to establish the Space Force.”

Raymond said the United States had an opportunity to establish the Space Force, “and I’ll tell you the opportunity is already paying great dividends” and will help the U.S. “stay ahead and be the world’s leader in space.”

The world is entering an era that “will be defined by rapid global growth in space commerce, exploration and military activities,” Raymond said.

Space is “infused into every facet of our daily life, even though it not be readily apparent the Space Force has a strong and daily connection with nearly every American,” he said, noting that people depend on space capabilities like GPS and satellite-based communications for their daily lives.

As nations like China and Russia attempt to challenge the United States with weapons that could target satellites, the Space Force has an important responsibility to protect those assets, Raymond said.

“If you look back in history, every domain of warfare has a service that’s attached to it,” he said. The Navy operates in the maritime domain, the Army on the ground, the Air Force in the air. “Space has become more contested, just like those other domains. “So there was an opportunity to stand up this service purpose built. focused on the challenges of this domain.”