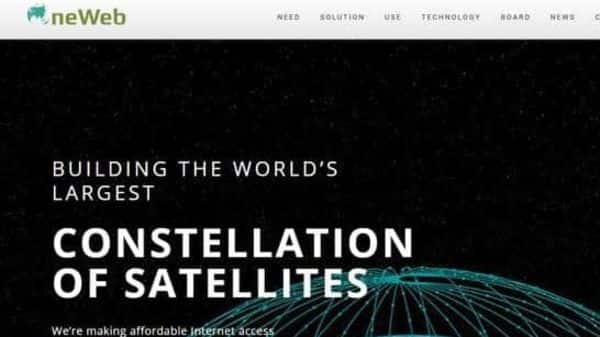 Prior to his appointment at OneWeb, Balachandran was CFO at Bharti Global since. He was also CFO at Bharti Airtel Ltd for seven years, where he oversaw some crucial mergers and acquisitions, grew the telecom operator’s customer base five-fold and expanded its operations to 18 countries.

He started his career as a management trainee at Unilever, where he spent 23 years across roles in finance, supply chain, and human resources in India and the UK.

“Balachandran was closely associated with Airtel’s launch and scaling up of the satellite TV business in India and the rapid expansion of Airtel’s global business across the globe,” according to a company statement released on Friday.

In January, Japan’s SoftBank Group and Hughes Network Systems LLC invested $400 million in OneWeb, taking the total funding in the company to $1.4 billion. The UK government and Bharti Global had invested $500 million each to acquire OneWeb under a bankruptcy resolution process.

In December, it had launched 36 satellites from Vostochny Cosmodrome in Russia, taking the total to 110. OneWeb aims to have a total of 648 low-earth orbit satellites as part of its plan to deliver high-speed and low-latency broadband services globally.

Bharti Enterprises chairperson Sunil Mittal in November told Mint that OneWeb will boost rural broadband connectivity in India and other developing countries, including those in Africa.

For 5G services, satellite network will play an important role as it will reach areas where fibre and radio airwaves cannot penetrate, Mittal had said.

The cost of using a satellite network is the highest among the three mediums, and thus, fibre and spectrum will be the preferred modes of transmission of data wherever they will be available, he had added.

OneWeb, based in the UK, filed for Chapter 11 bankruptcy in March last year, after failing to secure $2 billion in financing from lead shareholder SoftBank.

The portfolio firms of Bharti Global and its subsidiaries include Bharti Airtel, One-Web, Gleneagles and Hoxton Hotels, Emtel, and Hike.

* Thank you for subscribing to our newsletter.