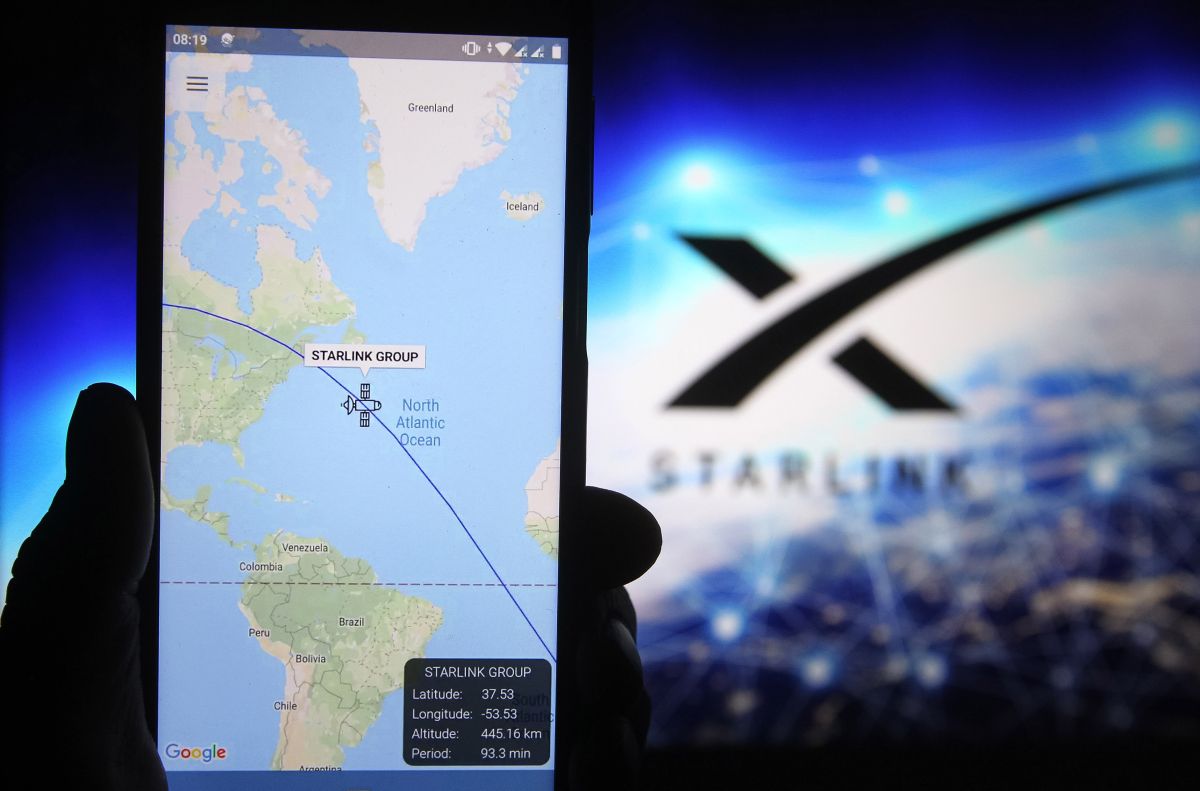 Starlink delivers on a promise that’s been made for decades: getting broadband internet access in rural parts of the country. None has been able to deliver the goods. Until now. Elon Musk’s rather audacious proposal to put thousands of satellites in the air to reach remote customers is already paying off according to our tests of the still-in-beta Starlink service.

In our initial Starkink review, we found it simple to set up and faster not only than DSL lines but also quicker than what many basic cable packages are actually able to deliver. Certainly as the only option for sparsely populated areas, Starlink could prove to be a godsend, albeit an expensive one. The basic hardware package is $499, plus $99 a month for service.(Shipping and taxes put the initial total at $581.94).

Based on several weeks of testing, here is what we like about Starlink so far — and what needs improvement.

What is Starlink and how does it work?

So why is Starlink such a savior? Because in many areas of the United States — let alone parts of the developing world — there is either no or very poor high-speed internet options. In our bucolic Vermont testing spot, for example, there is no cell service, no cable service and no optical fiber. And 5G won’t help. The towers have to be too numerous to bounce signals around the mountains, and the lower frequency version of 5G that gives you more distance simply isn’t fast enough. Enter Starlink’s service.

Starlink uses a network of satellites in low earth orbit to bring the signal down to you. Currently, there are over 1,000 tiny Starlink satellites aloft, but thousands more are needed before the system is complete (each SpaceX Falcon 9 launch carries 60 satellites).

Unlike Dish or DirecTV birds, these are not geosynchronous or geostationary satellites, so the Starlink dish consumers use has to be able to move automatically should it need to realign itself to pick up a new satellite. But the big advantage Starlink has is that the lower earth orbit satellites, which are about 340 miles above the earth, substantially reduce the signal delay or latency, especially compared to DirecTV satellites, which are sitting over 22,000 miles above the planet.

There are no official Starlink data plans yet announced. Starlink only offers the flat $99-a-month service at the moment during the beta period. Whether that will change when the service goes live is unknown.

There is no official coverage map, but Starlink plans to eventually offer its service around the world. In an FCC filing, the company revealed that it would initially offer “commercial service in the northern United States and southern Canada, and then will rapidly expand to near global coverage of the populated world in 2021.” Our tests were conducted in southern Vermont.

Everything you need to get Starlink up and running comes in a single package: the flat, large pizza box-sized dish, a temporary tripod stand for the dish, 100-foot connecting cable, and a Wi-Fi router/controller that connects to the dish. You don’t even have to plug things in; everything is already connected. There’s no user manual or instructions, just a piece of poster board with a large 3-step graphic setup guide.

The dish is motorized to automatically adjust its aim, and heated to keep it clear of snow and ice. To perform these tricks it uses a special cable that is permanently attached to the dish and carries not only the signal to the router but also power to the dish. So if the cable gets damaged, you cannot simply disconnect it from the antenna and get a new one or use a basic coaxial cable.

Unlike installing and aiming a TV satellite dish, getting the Starlink system running is a relative breeze. Just push the dish stanchion into the tripod and put it on the lawn outside where there’s an unobstructed view of the sky. Plug in the Wi-Fi router inside and then you simply run the Starlink app to get online. (Note: If you have no internet connection where you live, remember to go into town first so you can download the Starlink app.) If you’re quick, it can all be accomplished in 10 minutes.

That’s assuming everything goes smoothly. We ran into a few snags.

The first issue was the supplied cable’s length.The power over Ethernet cable is only 100 feet long, so if you have a large home (for a roof installation) or have to put the dish far from the house to get a tree-free look at the sky, you’re going to run into trouble. And because it’s permanently attached to the dish, you can’t simply swap it out for a longer cable.

The second issue was that checking for obstructions can be a tricky process. We placed the dish in an open area but found the dish aiming at a northern portion of the sky (versus south, where satellite TV dishes need to be aimed). So not surprisingly, we received an “Obstructions are blocking your internet connection around 9 hours each day” message. It was accompanied by a graphic showing the direction of the obstructions. The culprit: trees that are hundreds of feet away but manage to occlude the view.

The Starlink smartphone app has an option for checking for obstructions as you move it around using the phone’s camera. But placing the phone exactly in the proposed position of the dish and following the on-screen instructions for aiming the camera up or down is tricky, if not impossible because the camera needs to be at knee height. We tried lying on the ground to get a better look.

Once you have found the ideal position for the Starlink dish, the idea is to then permanently install it. Roof locations will require additional brackets and hardware, which can be found online starting at about $15. If you need a pole bracket adapter, Starlink sells one for $24.

We tested Starlink for several weeks in all kinds of weather and subjected it to typical Internet tasks, from streaming 4K movies and participating in Zoom conference calls to uploading and downloading voluminous videos. In general, we witnessed some impressive speeds but found Starlink is still very much a beta work in progress. Still, anyone who has suffered through pokey country downloads of hundreds of emails or waited for an episode of Bridgerton to finish buffering will be thrilled to see Starlink handle such tasks in fractions of a second.

While the results of our speed tests varied widely, usually from about 15 Mbps to around 50 Mbps download speeds, we did hit highs of 89.48 Mbps on Speedtest.net. We received similar results on Fast.com. Upload speeds were usually slower, from 5 Mbps to 32 Mbps, and latency was typically around 32 ms.

So why the great variation in speeds? Some of the results depended on the time of day. We checked and found that the number and location of Starlink’s satellites varied. Most seem to be clustered over the northwest U.S. and the ones we were aiming at were farther north over southern Quebec.

For its part, Starlink does warn beta users to expect speeds anywhere from 50 Mbps to 150 Mbps — and to expect some drop outs. Indeed, the greatest annoyance in this beta testing period is that the Starlink service will drop out without warning —only to reconnect milliseconds later.

In our Zoom-obsessed world, video calls present an excellent test application. We did numerous Skype, Zoom, Facetime and Microsoft Teams sessions to see how Starlink did on such critical applications. Skype calls, for example, initially looked sharp and crystal clear — until they didn’t and people on the other end couldn’t hear half of what we said. We had the same experience with VoIP calls, and even encountered a few hiccups with streaming services. In one instance. after streaming a 4K movie for half an hour, it suddenly stopped and had to be reloaded. The same comments apply to gaming: Starlink can be quite snappy, but the dropouts during the beta period mean you won’t win any Call of Duty battles for now.

Given those provisos, Starlink shows tremendous potential and was still impressively fast, especially when comparing it to DSL in the same location. The best the fixed DSL line could do on Fast.com was a 1.2 Mbps downloads, 320 Kbps uploads, and a latency of 182 ms.

Lastly, satellite service can be vulnerable to snow and rain. Starlink thwarts snow by actually heating the dish and melting the flakes as they land. During several heavy snow storms this worked well, especially compared to a TV satellite dish that we have to occasionally sweep clean. However, we did experience a reduction in bandwidth during blizzards and heavy rain. Bandwidth would typically be cut in half during these periods to around 20 Mbps download speeds.

Anyone who has lived for any length of time in an area that does not have fast Internet access will find Starlink worth the price. It is the only game in town until Amazon and others launch competing services (whenever that will be). Starlink is also bound to improve and eliminate its beta drop outs as the company puts thousands more satellites above the earth.

In a recent Tweet, Elon Musk promised that Starlink will reach speeds of approximately 300 Mbps later this year when more satellites are in place. That may seem like nothing to city dwellers with fiber cables running down the street, but to folks in the country it’s an Internet dream come true.