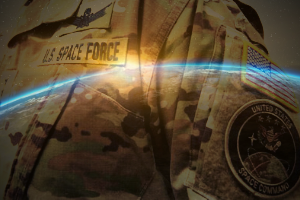 Questions proliferated when the Trump administration announced its intention in 2018 to form a sixth branch of the military focused entirely on space. The U.S. Space Force faces persistent skepticism from the public as well as certain sectors of the government, with critics contending that the new military branch is overly costly and could lead to dangerous escalation in space. While the debate over the organization is important and necessary, the actual roles and responsibilities of the Space Force remain obscured by the controversy. This paper will seek to illuminate the mission of the Space Force and its position in the national security system, as laid out by the 2020 Defense Authorization legislation as well as subsequent directives from the Pentagon. An elucidation of the Space Force’s founding mission will hopefully help to inform scholarly analysis as well as public understanding. Upon examination, the Space Force’s mission as defined by Congress and the Pentagon can be contained in two broad goals: defend the massive U.S. satellite fleet and develop a unified space warfighting theory. These goals will help to define the Space Force in the coming years as it attempts to respond to its critics’ charges and establish its own independence. Can the Space Force live up to its own expectations?

Recent History of the U.S. Military Presence in Space

The U.S. Space Force is a direct descendant of the Air Force Space Command established in 1982. That command sought to expand America’s advantage in space during the Cold War, primarily through the launch of advanced military satellites. Space Command played a crucial role in establishing the Global Positioning System (GPS), which improved American ability to quickly detect missile launches and monitor military movements around the world. Following the Cold War, improved satellite technology contributed to the decisive coalition victory in the Gulf War by providing instantaneous surveillance of enemy forces as well as enabling precision missile and air strikes. Space Command further aided U.S. military efforts in the Balkans as well as the War on Terror, aiding in locating enemy leaders and fugitives. Space gained even more attention as a potential conflict domain as states like China and Russia developed weapons capable of destroying American satellites and began deploying more of their own space assets.

Calls grew from some military theorists and officials to elevate Space Command to its own branch of the military, ensuring more resources and support for American space efforts in order to meet the growing challenge from rivals. The effort was bitterly resisted by the Air Force, for both bureaucratic and doctrinal reasons. Air Force officials feared the loss of resources and influence that the creation of an independent space branch would entail, and also argued that the new force’s mission was undefined and confused. The Air Force argued for maintaining Space Command until space warfighting theory had advanced enough to justify a new branch. The Trump administration embraced the push for an independent branch however, and quickly presented Congress with legislation to that effect, which Congress approved in late 2019 after some wrangling. 16,000 personnel were transferred from Space Command to the new branch, forming the core of the new organization. A legislative compromise modeled on the Marine Corp’s semi-independent status within the Navy was reached to allay Air Force concerns. The Space Force was given its own command structure and position on the Joint Chiefs of Staff but was placed under the nominal authority of the Secretary of the Air Force, ensuring a seat at the table for the Air Force in the space domain. This compromise command structure is likely a harbinger of the intense bureaucratic battles that the Space Force will face as it struggles for resources and authority within the national security system.

The primary mission of the U.S. Space Force as directed by Congress is to maintain, protect, and expand the U.S. fleet of advanced military satellites that form the backbone of U.S. global military operations. The importance of satellites to the modern U.S. military can hardly be overstated. They allow instantaneous communication across battle-zones, identify enemy positions and movements, track weather patterns, guide navigational systems, and allow for precision strikes. These advantages have bolstered the U.S. position as the leading military power in the world as the U.S. satellite fleet far outnumbers that of any other country. The Space Force will act as a conduit for space-based intelligence and technology to reach the rest of the military, for instance by making sure that battlefield commanders have real-time access to satellite reconnaissance. The Space Force is designed to be much more than a maintenance unit however, as multiple threats have emerged in recent years that require a substantial updating of American space presence. Satellites are extremely vulnerable to attack, which could turn America’s reliance on them into a dangerous weakness and potentially cripple American military operations globally. China in particular has homed in on this vulnerability by building a growing arsenal of anti-satellite missiles and technologies, including cyber-attacks. The Space Force’s most urgent mission is finding ways to defend satellites in order to maintain America’s preeminence in space.

One strategy the Space Force is pursuing to protect satellite capabilities, adopted from Space Command, is to foster an explosion in the number of satellites in orbit, so that the loss of one or several would not represent an existential threat to military operations. The first way to do this is to increase the tempo of launches from Earth into orbit and thus increase the overall number of satellites. Private companies are playing a crucial role in this expansion of American launch capabilities, demonstrated in Space Force’s first official operation, which saw SpaceX lift an advanced military satellite into geostationary orbit. The second method of increasing the number of satellites is to decrease their size so that they are cheaper and more easily deployed. Indeed, recent years have seen a proliferation of small satellites in orbit, a technology the Space Force is actively pursuing to increase the resilience of U.S. space capabilities.

An alternate defensive strategy would be to find ways to directly protect satellites from physical strikes and cyber-attacks. This is a much more difficult proposition, as it would likely involve placing some form of missile defense in space, which is controversial both legally and politically and could lead to dangerous escalation. Upgrading the cyber defenses of satellites is a growing priority, but many older satellites will be vulnerable to attack regardless of current efforts. Air Force Space Command contended with the same issues and ultimately decided to concentrate its limited resources on satellite proliferation rather than direct defense. Pentagon officials were cool to the costs of space-based satellite defenses and doubtful of political support for such a project. The Space Force is similarly relying on satellite proliferation rather than active satellite defenses.

Developing a Theory of Space Power

Along with aiding Earth-based military action and protecting American assets in space, the Space Force has also been tasked with developing a unified theory of space warfighting. Essentially, the Space Force will seek to explain how space fits into U.S. grand strategy and how the Space Force itself will contribute to national security. The most recent parallel would be military efforts in the early 20th Century to develop a theory of airpower that could contribute to victory on the battlefield. As mentioned earlier, critics have sharply questioned the wisdom of establishing a new military force without first developing an effective theory of warfighting. The Air Force and Marine Corps for instance only achieved their organizational independence after extensive demonstrations of their worth on the field of battle. By moving ahead without a solid theoretical or doctrinal grounding, these critics worry the U.S. is risking a bureaucratic disaster that could actually hamper efforts in space. Advocates for the Space Force within the Pentagon and the Federal government respond that there is no time to waste in the pursuit of a military advantage in space. By quickly forming a sixth branch of the military entirely focused on space, the U.S. can concentrate space resources and expertise in a single organization not overly dominated by the thinking of one service like the Air Force. While Space Command was the main military organization for space, other services had their own space units, creating a confusing patchwork of different space efforts. Advocates argue that consolidation into one branch will actually accelerate theoretical research and development and ensure the necessary bureaucratic independence for American space endeavors.

The Space Force will have to quickly meet this doctrinal challenge in order to be viewed as an effective component of the military. Foundational questions to be answered include whether the U.S. will pursue an offensive or defensive strategy in space, the relation of the Space Force to civilian and private space entities, the extent to which the U.S. will cooperate militarily with other nations in space, and finally the previously explored question of how satellites can be effectively defended. The answers to these questions will determine how the Space Force will be integrated into the core operations of the U.S. military.

The Space Force faces an uncertain path to establishing itself as an effective warfighting organization within the sprawling American national security system. It is currently operating with far less resources, bureaucratic influence, and even doctrinal justification than any other branch of the military. The organization has also garnered merely lukewarm support from Congress and the Pentagon, with its very existence the result of a bureaucratic and legislative compromise. The Space Force will have to move quickly to develop effective doctrines for a rapidly emerging military domain while maintaining the satellite fleet which the Pentagon has come to rely upon. Space is a crucial domain for U.S. national security as rivals advance and technologies shift. Whether the U.S. Space Force will be the dominant player in space remains to be seen.

Reid Barbier is a graduate student in the School of International Service at American University. He is currently working towards his masters degree in the Foreign Policy and National Security program.

*THE VIEWS EXPRESSED HERE ARE STRICTLY THOSE OF THE AUTHOR AND DO NOT NECESSARILY REPRESENT THOSE OF THE CENTER OR ANY OTHER PERSON OR ENTITY AT AMERICAN UNIVERSITY.