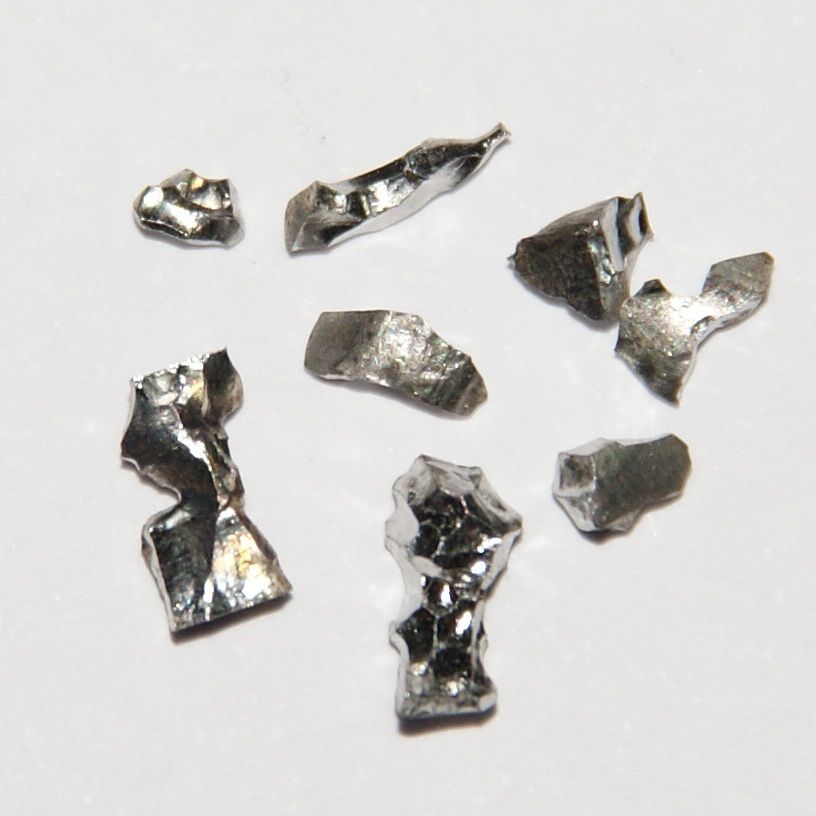 Iridium is the most corrosion-resistant element on the Periodic Table of Elements. It also has the highest density of all the elements. Because it resists corrosion, it is used to set standards in weights and measures. But because it is so dense and brittle, it is hard to machine, form or work it unless it is heated to extreme temperatures.

Iridium is a member of the platinum family and is white in color with a yellowish hue. It has a density of 22.65 grams per cubic centimeter. By comparison, the density of lead is 11.34 g/cm3 and the density of iron is 7.874 g/cm3.

Iridium is not affected by acids, bases, or most other strong chemicals, according to Chemistry Explained. That property makes it useful in making objects that are exposed to such materials.

Here are other properties of iridium, according to the Los Alamos National Laboratory:

Several chemists may have discovered iridium about the same time in 1803, according to an article in the journal Platinum Metals Review. English chemist Smithson Tennant, French chemists H.V. Collet-Descotils, A.F. Fourcroy and N.L. Vauquelin all are said to have found iridium in the acid-insoluble residues of platinum ores. Tennant usually gets the credit, though.

Tennant discovered iridium by dissolving crude platinum in diluted aqua regia (a mixture of nitric and hydrochloric acids), then by treating the black residue left behind in turn with alkalis and acids, according to the Royal Society of Chemistry. After this treatment, the residue separated into two new elements. At the Royal Institution in London he announced his findings and named one element iridium and the other osmium. The name iridium comes from the Latin word iris, which means rainbow. Though the metal itself isn’t rainbow colored, it is called this because of its multi-colored compounds.

Because iridium is very resistant to corrosion, the standard meter bar was made of 90 percent platinum and 10 percent iridium. This bar was replaced as the definition of a meter in 1960, though. The meter was redefined in terms of the orange-red spectral line of krypton. However, the international prototype kilogram, which defines a kilogram, also made of a platinum and platinum-iridium alloy, is still in use around the world.

Today, iridium is commercially recovered as a byproduct of copper or nickel mining. Ore containing iridium is found in Brazil, the United States, Myanmar, South Africa, Russia and Australia.

Pure iridium is so rare on the Earth’s crust that there is only about 2 parts per billion located in the crust, according to Chemistry Explained.

“Iridium is one of the densest and rarest of Earth’s natural elements. It is so dense that it mainly exists in the Earth’s core, rather than crust,” said Amanda Simson, an assistant professor of chemical engineering at the University of New Haven.

But some iridium exists in the crust. In 1980 scientist Luis Alvarez and his son Water Alvarez found significant amounts of iridium in a certain part of the Earth’s crust, spread out all over the Earth’s surface. “They speculated that it was caused by a meteor and linked this to the extinction of dinosaurs 66 million years prior,” explained Simson.

Though brittle, iridium can be worked if heated to a white heat of 2,200 to 2,700 degrees Fahrenheit (1,200 to 1,500 degrees Celsius), according to Encyclopedia Britannica. Iridium’s principal use is to harden platinum by making a platinum alloy.

It is also used to make devices needed for high temperatures and in electrical contacts. It is also used on some optical lenses to reduce glare. A compound of osmium and iridium, called osmiridium, is used in fountain pen tips and compass bearings. Super-strong jewelry is also made of an iridium and platinum alloy.