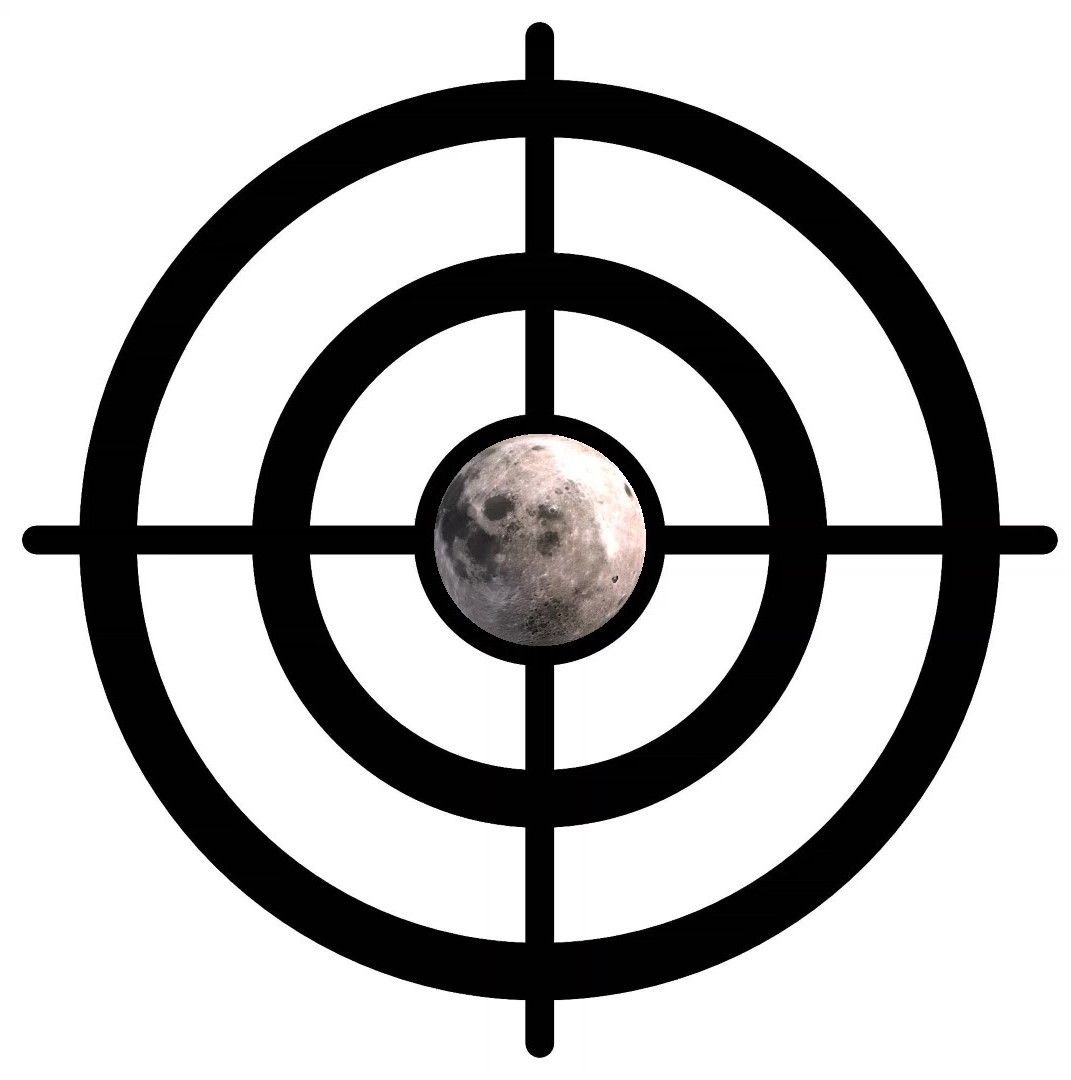 This evolving doctrine extends to the moon’s surface, given NASA’s Artemis program of crewed lunar exploration and American companies’ plans to mine moon resources such as water ice.

What do space experts say about extending military tactics to a new “high ground” domain beyond Earth orbit? Space.com asked experts for their opinions regarding an evolving military doctrine that builds on air, land and sea warfare strategies — and is now headed for the ocean of deep space.

American military interest in Earth’s moon was spotlighted in a recent report, “State of the Space Industrial Base 2020: A Time for Action to Sustain US Economic & Military Leadership in Space.”

The July 2020 report, which you can find here, was based on a virtual workshop that brought together more than 150 thought leaders from industry, government and academia. The mind-meld meeting was staged by NewSpace New Mexico, the Defense Innovation Unit, the Air Force Research Laboratory (AFRL) and the United States Space Force.

The summary report explains that the U.S. faces major challenges and inflection points in the final frontier. In terms of cislunar (Earth-moon) space and the moon itself, there is a need to control critical “choke points.”

“As space activities expand beyond geosynchronous orbit, the first nation to establish transportation infrastructure and logistics capabilities serving GEO [geosynchronous Earth orbit] and cislunar space will have superior ability to exercise control of cislunar space and in particular the Lagrange points and the resources of the moon,” the report says. (Lagrange points are gravitationally stable spots in space where probes can “park,” remaining in place without expending much fuel.)

Race to the moon

More to the point, the recently published report observes that lunar resources — especially ice-derived hydrogen and oxygen, which can provide spacecraft propellant for civil, commercial and national security applications — are key for access to asteroid resources and Mars, and to enable overall space commercial development.

“Today’s race to the moon has little to do with flags and footprints,” the report states. “Strategically, it is a race to the great wealth of lunar resources which will fuel the greater space economy and enable future exploration and settlement in the solar system.”

Taking these report findings to a new level is next month’s first annual Cislunar Security Conference (CLSC), to be held at the Johns Hopkins University Applied Physics Laboratory. “CLSC is a classified forum on the technology, policy, doctrine, and strategy implications of ensuring free access, transit, and use of the Earth-Moon system beyond GEO,” the conference website reads.

This month, the Space Vehicles Directorate of the AFRL announced winning concepts of a competition to decide on the next set of flight experiments, one of which is an experiment in space domain awareness beyond GEO all the way out to the moon. That winning concept is dubbed CHPS, short for the Cislunar Highway Patrol System.

“The 21st century space economy is expanding beyond traditional orbits out to the moon with commercial companies seeking to harvest resources, and NASA and other countries returning to the moon,” said AFRL’s David Buehler, a program manager. “This increase in activity will require greater domain awareness, which is what CHPS is trying to address.”

“There is indeed a reimagination of space to transcend simply LEO [low Earth orbit] and GEO to move onto the cislunar space,” said Namrata Goswami, an independent analyst specializing in space policy. From a period where going somewhere first in space, planting a flag for your nation or on humanity’s behalf was seen as optimal, today the space discourse is shifting, she told Space.com.

From the perspective of space warfare, Goswami said, it’s much more feasible to blind or damage a satellite in GEO or LEO, without being noticed, from cislunar space than from Earth’s surface. “Countries are beginning to understand this critical perspective, especially due to the growing dependence of modern warfare on LEO and GEO-supported space command and control,” Goswami said.

What Goswami foresees is that space power projection — via civil, military and commercial efforts — will move beyond simply satellite presence, anti-satellite technology and the International Space Station to include real-time presence on the lunar surface. “Once lunar permanent presence is achieved in the next decade or so, space thinkers, leaders, military space leaders will be forced to account for that new reality, whether they like it or not.”

Related: The most dangerous space weapons concepts ever

There’s lots of ongoing and planned activity beyond GEO, especially near or on the moon. So to some extent it is natural that the U.S. military would want to pay more attention to that big patch of space, said David Burbach, a professor of national security affairs at the Naval War College in Newport, Rhode Island.

Speaking in a personal capacity, Burbach said that, in principle, spacecraft in cislunar space can affect the many satellites in lower Earth orbits, or be relevant to military operations on Earth. So the presence of more non-US spacecraft in that region is a change, albeit a small one.

“Organizationally, the whole point of creating a separate service [the Space Force] was to forge a space-centric culture, and it’s natural that a new organization would want to take steps to differentiate itself from its parent and to show that it is actively taking on new missions, and as a corollary, needs new resources,” Burbach said.

Given the increase in a variety of cislunar activity by multiple nations, “it’s not surprising that a military organization wants to be able to know what’s going on in an area of potential relevance to their mission,” he said.

Burbach said that he believes, institutionally, a central focus for the U.S. Space Force is getting better “space domain awareness” beyond GEO — being able to track, and likely listen in on, spacecraft out at lunar distances, which current U.S. surveillance systems are not optimized for.

There are some people in the U.S. space community, Burbach said, who envision the moon as the “new El Dorado,” a place of fabulous wealth or opportunity.

That wealth could come from mining lunar water ice, gathering up helium-3 fuel for nuclear reactors or moving our heavy industry to the moon. So, some advocates see a near-term economic boom in cislunar space, though Burbach and many other analysts are skeptical that this will happen in the next few decades.

And a few vocal backers figure that, just as a navy protects foreign commerce, or the U.S. Army set up forts to protect wagon trains moving west in the 1800s, “the U.S. military should have a cislunar presence in order to facilitate U.S. companies and US citizens winning out in the lunar gold rush, and preventing others from shoving us aside and jumping our claims,” Burbach said. It’s unclear how big a role this reasoning plays in Defense Department and Space Force thinking, he added.

While NASA Administrator Jim Bridenstine, U.S. Secretary of Commerce Wilbur Ross and other high-ranking officials have strongly embraced the Trump Administration’s deep-space strategy, still missing is such an embrace or even acknowledgment from Space Force or Defense Department leadership.

That’s the view of Peter Garretson, an independent strategy consultant focusing on space and defense and a senior fellow in defense studies at the American Foreign Policy Council.

Garretson expects that “thinking boldly” and designing for the next 100 years would include the articulation of a vision or strategy for cislunar or an in-space economy that excites future Space Force recruits. But so far that thinking has come from innovation units outside the Space Force proper, he said.

Looking down or looking out?

“There is recognition in the new Space Force doctrine that U.S. interests in space are moving beyond GEO. And that being the case, there’s need to provide space security and defense of commerce wherever U.S. citizens are,” Garretson said.

The current argument over military ranks for Space Force, Garretson suggested, is also fundamentally about whether or not the Force should be focused looking down or looking out — including at the moon and cislunar.

“Those who favor a focus on space resources and development of the moon seem to favor naval rank, while those wanting the Space Force to remain an overhead robotic monitoring force favor status quo rank,” he said.

Garretson said it will be interesting to see if the current generation of Space Force leadership, which grew up within the Earth-centric culture of the Air Force, will be able to bridge visionary thinking in their posture statements and then force design guidance.

“Certainly that’s the criterion many of us will be using to grade those documents and statements on. We are waiting to see whether or not the Space Force leadership has in fact embraced the vision of Congress and the administration or intends to be merely a status quo continuation of Air Force Space Command and a puppet of the Air Force proper,” Garretson added.

“We will know there is real progress when cislunar becomes part of headquarters-level documents, vision, strategy and congressional testimony,” he concluded.

Leonard David is author of the recently released book, “Moon Rush: The New Space Race” published by National Geographic in May 2019. A longtime writer for Space.com, David has been reporting on the space industry for more than five decades. Follow us @Spacedotcom, Facebook or Google+. This version of the story published on Space.com.