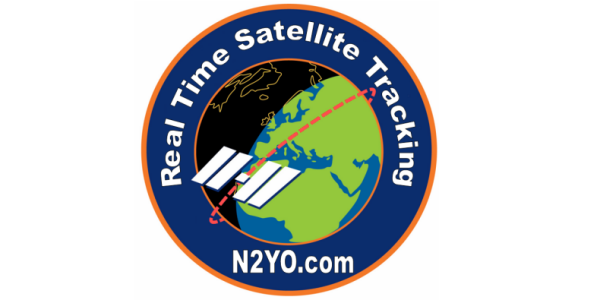 NASA’S AQUA SATELLITE CAPTURES DEVASTATING WILDFIRES IN OREGON – NASA’s Aqua captured this image of a huge number of wildfires that have broken out in Oregon. Some began in August, but the majority started after an unprecedented and historically rare windstorm that swept through the Cascade foothills in the afternoon of Monday Sep. 7 through the morning of Tuesday Sep. 8. Wind gusts up to 65 mph were clocked during the event.    More
(Source: NASA – Sep 12)

US SPACE FORCE DEVELOPING A STRATEGY TO IMPROVE SATELLITE COMMUNICATIONS – As the U.S. Space Force builds out its fiscal 2022 budget, the nascent service is developing a new strategy to govern how it builds and leases satellite communications and services, Lt. Gen. Bill Liquori explained during the Defense News Conference Sept. 9. The strategy follows the Enterprise SATCOM Vision the Space Force released in February.    More
(Source: C4ISRNet – Sep 11)

SPACEX’S DARK SATELLITES ARE STILL TOO BRIGHT FOR ASTRONOMERS – Starlink, a “megaconstellation” of hundreds of Internet satellites launched by the aerospace company SpaceX, has been causing headaches for astronomers by outshining celestial objects. Set to eventually include tens of thousands of spacecraft beaming high-speed Internet to the entire planet, Starlink has a downside for stargazing: the satellites reflect enough sunlight at night to be seen clearly with the naked eye (not to mention sensitive telescopes).    More
(Source: Scientific American – Sep 11)

HOW COLD WAR POLITICS SHAPED THE INTERNATIONAL SPACE STATION – On November 2, 2000, astronaut Bill Shepherd and cosmonauts Yuri Gidzenko and Sergei Krikalev arrived at the International Space Station. The moment began a permanent human presence in space. Over the past two decades, 240 people from 19 countries have stayed in the world’s premiere orbital laboratory. The station is a paragon of space-age cosmopolitanism, but this enduring international cooperation was hard-won.   More
(Source: Smithsonian – Sep 11)

CHINA’S REUSABLE EXPERIMENTAL SPACECRAFT RETURNS TO EARTH AFTER TWO-DAY MYSTERY MISSION – China’s mysterious reusable experimental spacecraft has safely landed after two days in space, according to state media, and may have deployed a satellite while in orbit. A brief report in the state-run Chinese media outlet Xinhua said the spacecraft, which launched on Friday (Sept. 4), landed on Sunday (Sept. 6). The launch has been linked with China’s plans these past few years to build and operate a reusable space plane, although that connection has not yet been confirmed.   More
(Source: Space.com – Sep 10)

GERSTENMAIER WARNS AGAINST ENDING SPACE STATION PROGRAM PREMATURELY – The former head of NASA’s human spaceflight program, now working as a consultant to SpaceX, said he welcomes greater commercial activity in low Earth orbit but cautioned against ending the International Space Station prematurely. Bill Gerstenmaier discussed the importance of the ISS, from a technical and policy standpoint, during a virtual town hall meeting Sept. 5 by the Los Angeles-Las Vegas Section of the American Institute of Aeronautics and Astronautics (AIAA).    More
(Source: SpaceNews – Sep 9)

GERMANY EYES SPACE SATELLITE LAUNCHPAD IN NORTH SEA – The German government is studying a proposal from German industry to create a mobile launchpad for satellites in the North Sea. Under the plan, small satellites weighing up to one tonne would be launched with German-built rockets. No site has been chosen yet, but it would be in Germany’s economic zone. The Federation of German Industries (BDI) is lobbying for the project, German media report. It would be a public-private partnership.    More
(Source: BBC News – Sep 9)

ONE MAN’S INCREDIBLE PROJECT CATALOGS 57,424 MANMADE OBJECTS IN SPACE, INCLUDING ELON MUSK’S CAR – If you’ve ever wondered why people complain about “space junk,” look no further than the General Catalog of Artificial Space Objects, or GCAT. It’s the most complete catalog of every manmade object floating in space, including everything from satellites and spacecraft to debris and one infamous Tesla Roadster. The open-source GCAT was the life’s work of Harvard-Smithsonian Center for Astrophysics astronomer Jonathan McDowell, who first started tracking rocket launches as a kid, according to Vice.    More
(Source: The Drive – Sep 8)

CORONAVIRUS DELAYS PUSH BACK LAUNCH OF NEXT LANDSAT TO SEPTEMBER 2021 – The launch of the next Landsat land imaging mission — a joint project between NASA and the U.S. Geological Survey — has been delayed until around September 2021 after the effects of the coronavirus pandemic slowed work on the spacecraft in Arizona, NASA officials said. The Landsat 9 satellite is the next in a series of land imaging missions launched since 1972, collecting views from space of urban sprawl, tropical deforestation, retreating glaciers, and changes in coral reefs, crops, and tectonic faults.   More
(Source: SpaceFlight Now – Sep 8)

SPACEX’S SATELLITE ISP NOW BOASTS DOWNLOAD SPEEDS OF MORE THAN 100 MBPS – When Elon Musk and SpaceX proposed building an ISP comprised of satellites in low earth orbit, it seemed like a project straight out of sci-fi. And while SpaceX has launched less than 800 of its eventual 12,000 satellite goal, the company just announced that its space-based internet service Starlink is already capable of delivering download speeds upward of 100 Mbps.   More
(Source: Gizmodo Australia – Sep 7)

ISS STILL LEAKING AIR AS NASA RACES TO LOCATE MYSTERIOUS HOLE – NASA has admitted that it’s still not found the source of a mysterious air leak in the International Space Station despite the frantic search now entering its third week. The cabin breach disclosed on August 20 has forced the station’s three crew members into its Russian segment while the US space agency investigates.   More
(Source: New York Post – Sep 5)

VEGA ROCKET DEPLOYS 53 SATELLITES ON SUCCESSFUL RETURN TO FLIGHT MISSION – Delayed a year by a launch failure, the coronavirus pandemic and a stretch of stiff upper level winds this summer, an Italian-made Vega rocket vaulted into orbit from French Guiana on Wednesday night and deployed 53 small satellites from 13 countries to punctuate a flawless return to flight mission.   More
(Source: SpaceFlight Now – Sep 5)

SPACEX LAUNCHES MORE STARLINK SATELLITES, BETA TESTING WELL UNDERWAY – Sixty more satellites launched Thursday from the Kennedy Space Center to join SpaceX’s Starlink fleet, adding coverage to the broadband network as it is already “well into the first phase of testing.” The next 60 Starlink relay nodes blasted off at 8:46:14 a.m. EDT (1246:14 GMT) Thursday on top of a Falcon 9 rocket, riding SpaceX’s workhorse launcher into an orbit more between about 130 miles and 210 miles (210 and 340 kilometers) above Earth.   More
(Source: SpaceFlight Now – Sep 4)

VEGA RETURNS TO FLIGHT WITH RIDESHARE MISSION – After a lengthy grounding following a failed launch in July 2019, the closure of the Guiana Space Centre due to the novel coronavirus outbreak, and a further postponement because of high-altitude winds, Arianespace’s small-lift Vega rocket finally launched on its Return To Flight (RTF) mission. Postponed on Tuesday due to the storm track of Typhoon Maysak over South Korea, where the Jeju telemetry station is located, Wednesday night/Thursday morning proved to be the right time for Vega to return to space.   More
(Source: NASASpaceFlight.com – Sep 3)