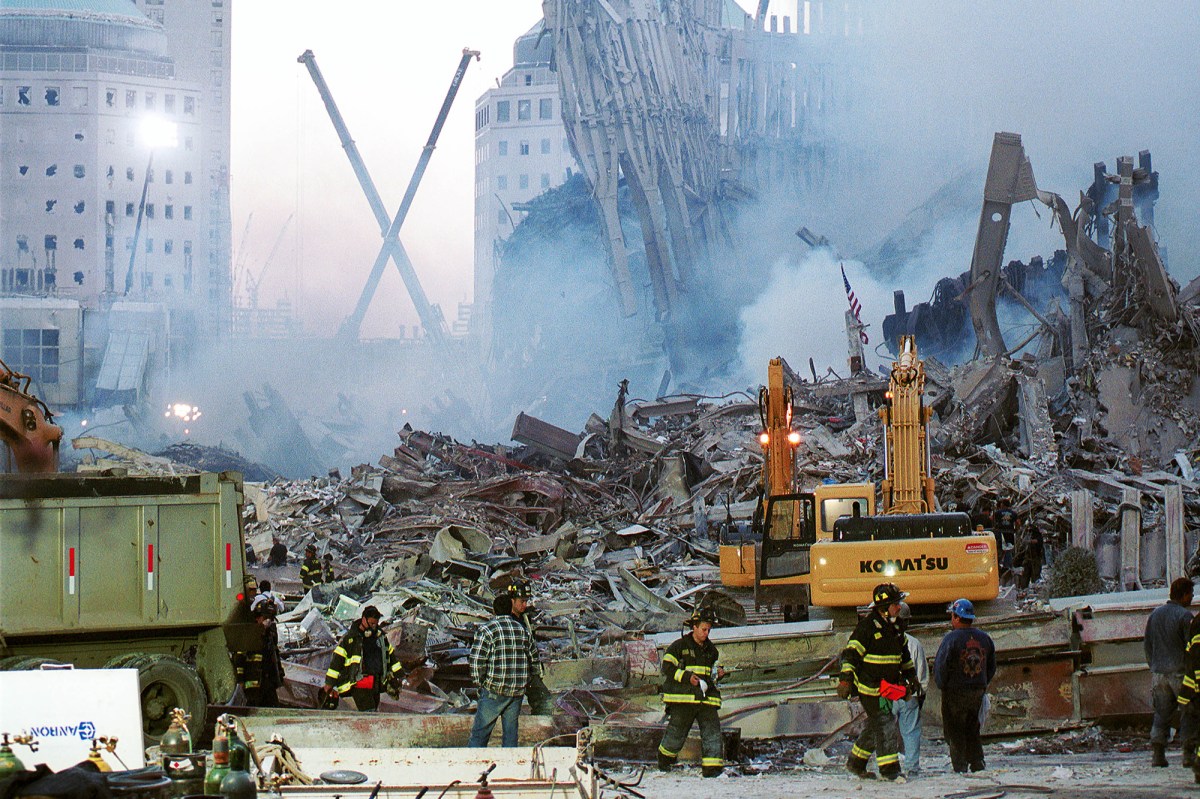 A slogan dismissing the devastation of 9/11 in order to promote the Black Lives Matter movement went viral on the 19th anniversary of the terror attacks Friday — with #AllBuildingsMatter trending in Twitter.

The phrase was first picked up after “Saturday Night Live” cast member Michael Che used it in a 2016 Netflix comedy special to highlight anger at people saying “All lives matter” in response to the BLM movement.

Che — whose brother is an NYPD cop — questioned why black people have to get over slavery, segregation and police shootings while everyone is told to “never forget” the 9/11 terror attacks.

“That’s why this September, I’m getting a T-shirt that says, ‘All buildings matter.’ We’ll see how that works,” he said in the special, the title of which, “Michael Che Matters,” also referenced the BLM movement.

Rescue workers sift through the wreckage of the World Trade Center on Sept. 13, 2001.Chris Hondros/Getty Images

On Friday morning, the phrase went viral as a hashtag on Twitter — with only #NeverForget trending higher in the US — sparking outrage by again comparing the horror of the nearly 3,000 killed on 9/11 to civil rights protests.

“The hashtag #AllBuildingsMatter is trending on Twitter because radical left are SCUM who have no respect for America or the people who sacrifice for her,” raged attorney and Ohio congressional candidate Rob Weber.

Even protesters ripped the hashtag for being distasteful on the anniversary of the worst attack in American history.

“If any of you self-important childish babies tagging #AllBuildingsMatter even had a clue what happened this day 19 years ago, had seen it, had experienced it, you’d never open your mouths again,” @PerfectByGrace wrote.

Others also noted the irony of militant protesters sparking destruction across the country using the hashtag.

“Hilarious part of the #AllBuildingsMatter trend is it is being tweeted by people who are burning buildings daily,” conservative journalist Carmine Sabia said.

Another user, @BlindeMikeSig, wrote, “Just remember the #AllBuildingsMatter crowd will be looting and burning them down tonight folks.”

At least one message going viral also brought it back to the “SNL” comedian.

“Did Michael Che end up getting his #AllBuildingsMatter T-shirt?” Wale Gates asked.