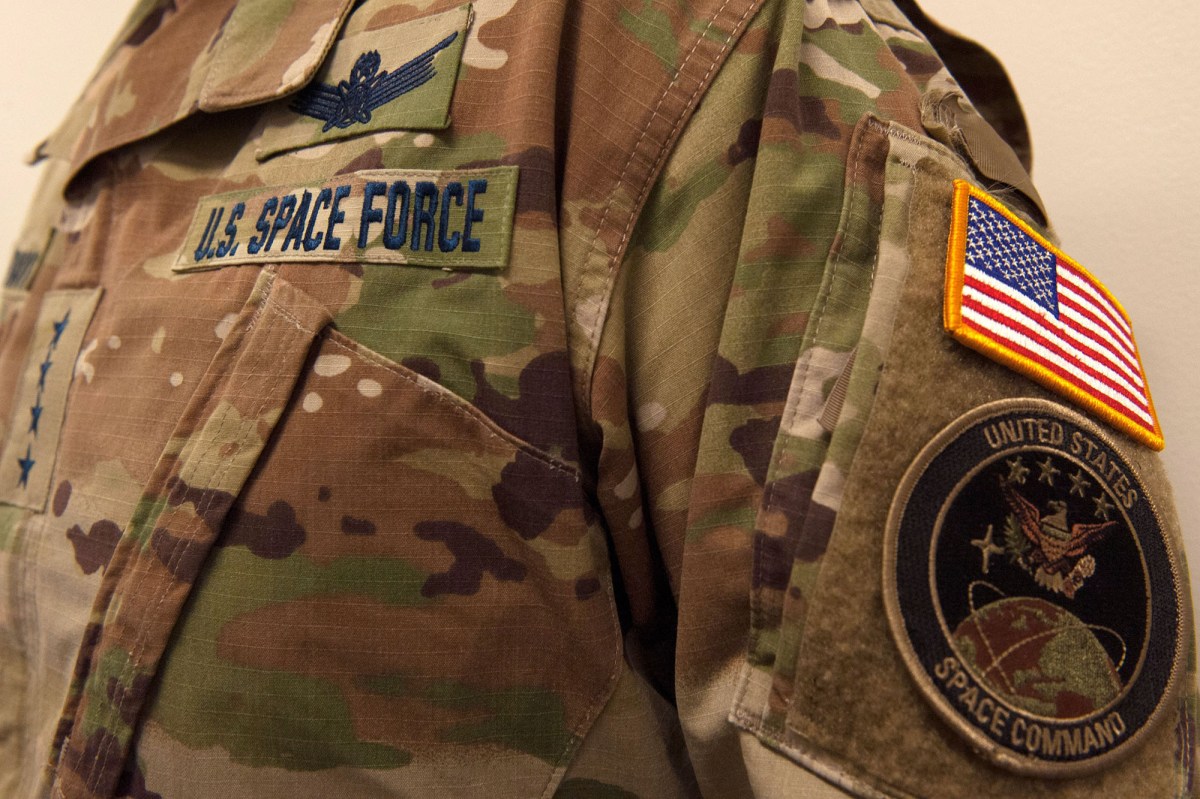 These outfits are way too down to Earth.

The US Space Force unveiled its utility uniform nametapes on Friday, stirring up a controversy of intergalactic proportions.

The reveal showed the nametape — “US Space Force” handsomely stitched in navy embroidery — oddly affixed to a woodland camouflage top.

The contrast was not lost in space.

“Space is black,” one keen observer noted. “I feel like this is an important distinction when designing a uniform.”

“How many trees are you expecting to find in space?” asked another Twitter user.

Space Force, which is organized by the Department of the Air Force, later explained that it used  “current Army/Air Force uniforms” to save costs.

Its members “will look like their joint counterparts they’ll be working with, on the ground,” it added.

President Trump created the new force last month. Some active-duty airmen who are now part of Air Force’s Space Command will eventually be assigned to the new branch, Department of Defense officials have said.