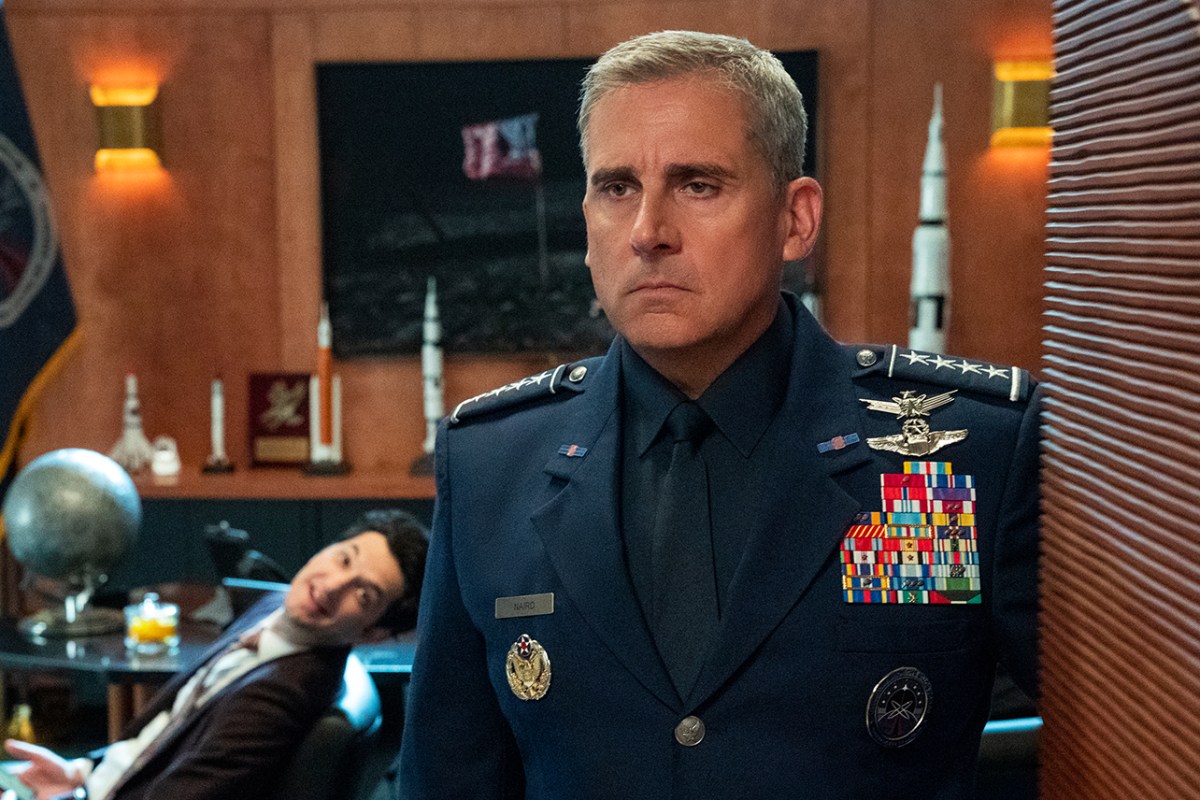 It looks like Steve Carell’s Space Force won’t be launching to success any time soon. Three days after its debut, the new series has a paltry 39% Critic Rating on Rotten Tomatoes, a decidedly low figure for an expensive, star-studded Netflix Original. But despite Space Force‘s disastrous critical reception, viewers seem to be enjoying Carell’s space comedy (and yes, Space Force is a comedy), which currently boasts a 76% Audience Score. That’s quite a discrepancy.

With its stellar ensemble cast and Greg Daniels-influenced roots (Daniels and Carell serve as co-creators and executive producers), Space Force has been consistently compared to The Office, but it didn’t quite capture the same buzz. In addition to its 39% Critic Rating on Rotten Tomatoes, it has a 6.9/10 on IMDb (based on 7,000 reviews), a figure that seems high, but actually makes Space Force Netflix’s 156th highest-rated original. That is… not great, Bob!

Decider’s Josh Sorokach describes Space Force‘s problem best. “Unfortunately, the series fails to live up to its lofty expectations,” he wrote in his early review. “The major issue with Space Force is that it never strikes the right balance between satire and deference. It’s clear that the series wants to lampoon the idea behind Space Force, but they want to do so while respecting the contributions of our military. While admirable, this leads to the series feeling like a hodge-podge of disparate puzzle pieces instead of one cohesive jigsaw puzzle.”

Of course, critics and audiences rarely agree, and Space Force seems to be yet another example of the divide between the two parties. Carell’s comedy currently has a 76% Audience Score on Rotten Tomatoes, based on 733 reviews. Many of these users admitted that “the first episode was slow,” but they seemed to enjoy the remaining nine episodes. “Each episode gets progressively funnier,” wrote one Rotten Tomato user. “It’s funny, timely, and unpredictable,” said another. “The ‘critics’ are wrong about this show,” added another.

So, what exactly went wrong with Space Force? Are isolated viewers simply hungry for new content and willing to overlook its flaws, or are critics being, well, overly critical? Perhaps critics didn’t make it to the “dramatically” improved second half of the season, as Josh Sorokach said — but after that lackluster first episode, can you really blame them?

What do you think? Weigh in below as to whether Space Force is a Stream It or Skip It:

All 10 episodes of Space Force are now streaming on Netflix.