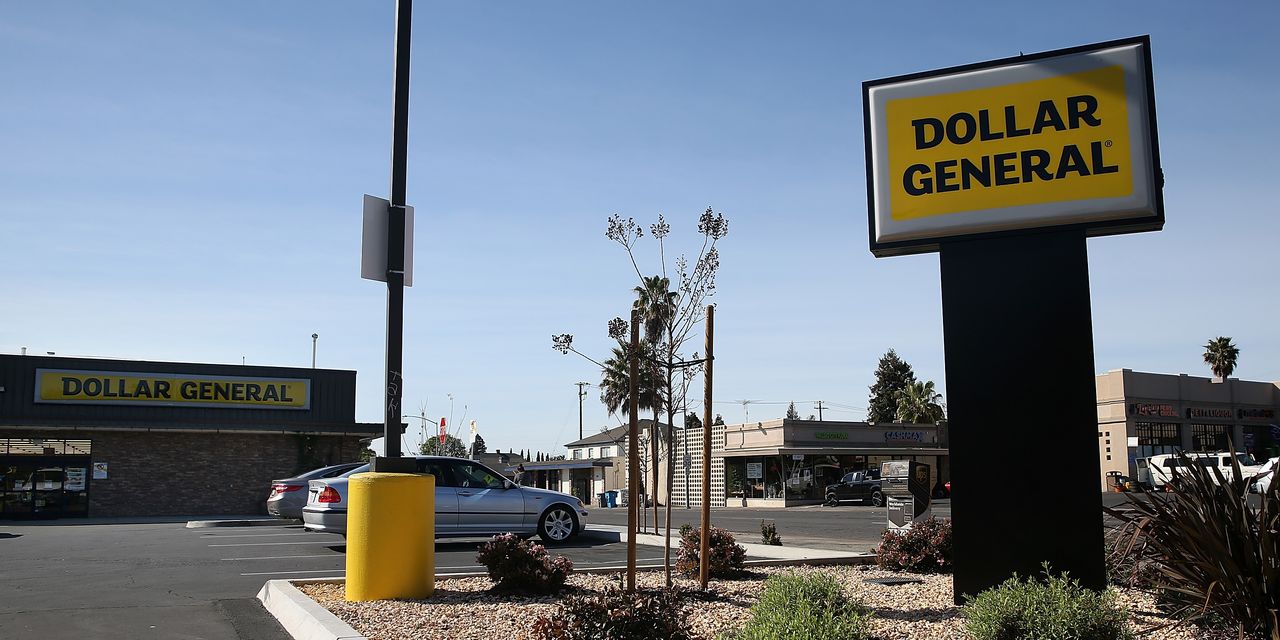 There is no question that the economic slowdown is good news for dollar stores. But the price of their stocks, however, remains more open to debate.

Dollar General (ticker: DG) and Dollar Tree (DLTR), the two main companies in this subset of discounters, reported earnings last week and both beat expectations. Yet Dollar General once again proved to be the stronger player, even as Dollar Tree’s report included hints of hope for its future.

There wasn’t much to complain about in Dollar General’s report. While Walmart (WMT) warned it saw a recent slowdown in same-store sales momentum from waning stimulus money, Dollar General said comparable sales were up 15% month-to-date in August, about double consensus estimates. It also delivered a top- and bottom-line beat. Higher-margin home and seasonal goods categories were standouts in the quarter, showing that consumers aren’t just hunkering down and buying essentials.

Dollar General didn’t provide full-year guidance, citing the pandemic, a tactic that many other retailers have also adopted. Yet it’s hard to argue that the company isn’t feeling confident about its future. It resumed share repurchases in the quarter after previously suspending them, and plans to have bought back $2.5 billion of its own stock by January.

Moreover, the pandemic doesn’t seem to have slowed down its expansion plans either. Dollar General announced an increase in the expected number of real estate projects for fiscal 2020, with about 1,000 new locations on tap.

Some three-quarters of Americans already live within seven miles of a Dollar General, making its store network hard to beat. And investors worried about oversaturation can comfort themselves with the fact that Dollar General has delivered same-store sales growth every year for 30 years. A time of historic unemployment and economic uncertainty will mean more consumers trading down to discounters, and consumers watching their pennies don’t want to drive far to shop.

Dollar Tree’s results were more of a mixed bag. Given that it carries more discretionary merchandise (like seasonal items and party favors), it was hit harder by consumers’ focus on essentials this spring. So while same-store sales of just over 3% might have disappointed some, at least that metric inflected positively in the quarter, while gross margins largely held their ground.

Management did strike a positive note when talking about recent trends for fall and Halloween items, and discretionary categories have done well (echoing Dollar General’s results).

On the other hand, Dollar Tree didn’t provide much real data about how August sales are trending, in contrast to Dollar General, and its comparable sales didn’t reflect the strength than many other retailers had demonstrated this earnings season.

Barron’s argued last month that Dollar General was the stronger player of the two, and that was largely borne out this quarter, and reflected by Dollar Tree’s larger stock decline.

More analysts prefer Dollar General as well. At just over 20 times forward earnings, the stock is pricier than Dollar Tree. But it trades more cheaply on a price-to-earnings-growth basis, pays a dividend while Dollar Tree does not, and has a higher expected long-term growth rate. Dollar General’s return on equity and return on assets for 2019 (26.1% and 8.9%) and expected for 2020 (33.7% and 10%) are higher too.

At the same time, we have noted that Dollar Tree was potentially attractive, given the strides it has made at its troubled Family Dollar division. And indeed, Family Dollar was the bright spot in the most recent quarter. Its comparable sales momentum didn’t quite keep up with Dollar General, but comps were surprisingly strong. Additionally, gross margins expanded at a rapid clip, despite higher costs.

Unfortunately, with so many Americans out of work or taking pay cuts, budgeting will remain a high priority. This macro tailwind could help accelerate the Family Dollar turnaround, which, if successful, would remove a big overhang from Dollar Tree stock.

Both Dollar General and Dollar Tree are expanding not only their store base, but their omnichannel options. The former has contactless pickup, the latter offers buying online with in-store pickup. Each company is also offering more fresh foods as well. This may help them retain new customers, even after the economic picture brightens.

Ultimately, this recent round of earnings reports showed that Dollar General’s command remains intact, but there may be room for more than one winner.

Write to Teresa Rivas at teresa.rivas@barrons.com