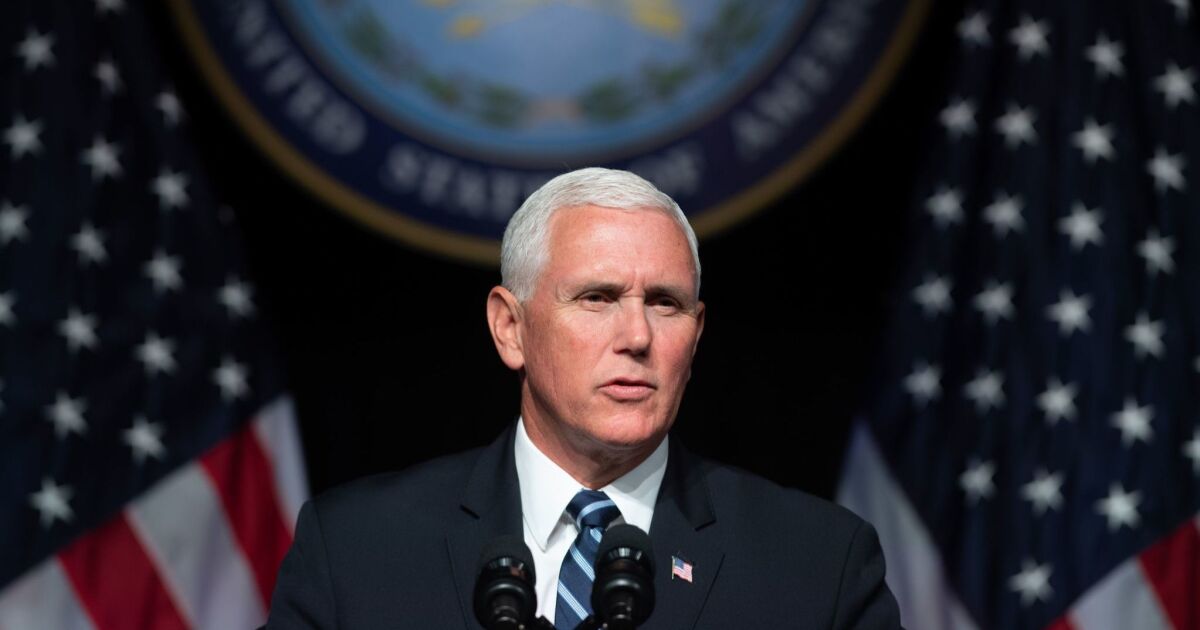 To the editor: Vice President Mike Pence detailed a plan for the Trump administration’s creation of a so-called space force, a new military branch that would be tasked with fighting adversaries in space and spreading American values beyond Earth.

Pence said that both Russia and China were building weapons that may pose a threat to U.S. satellites and targets on the ground. The idea of space being an emerging battleground strikes me as typical of President Trump’s combative style. I see it as a way to change the subject from the continuing Russia probe.

I am a retired Air Force captain who worked on the Global Positioning System in its infancy. I know that the Air Force is more than capable of handling whatever may need to be done to protect and advance our position in space.

The expense of setting up a new department to perform this function amounts to wasted resources, and Congress should slap it down.

To the editor: The Pentagon is reportedly creating a new command for fighting in space. Instead of this “Star Wars” fantasy, let’s add a branch that directly serves us.

Imagine a national non-military branch, full of trained and skilled personnel who could jump right in to the never-ending emergencies in our country. Architects and construction specialists could plan and reinforce buildings to limit damage from natural disasters.

Experts could set up evacuation centers when needed. Emergency medical staff could manage triage facilities. Teachers could set up temporary classrooms. Firefighters would be ready to go where needed. Builders could work on reconstruction. Biologists could handle reforestation and wildlife management after disasters. Business experts could help people rebuild their financial lives. Police could help restore order.

Imagine if these skilled people had been ready and in place in New Orleans, Puerto Rico and now California.

Perhaps this branch could serve as a training ground for young adults just out of trade school or college, putting their new skills to use as they enter their careers. What a wonderful opportunity for individual service to our country doing work of national importance.