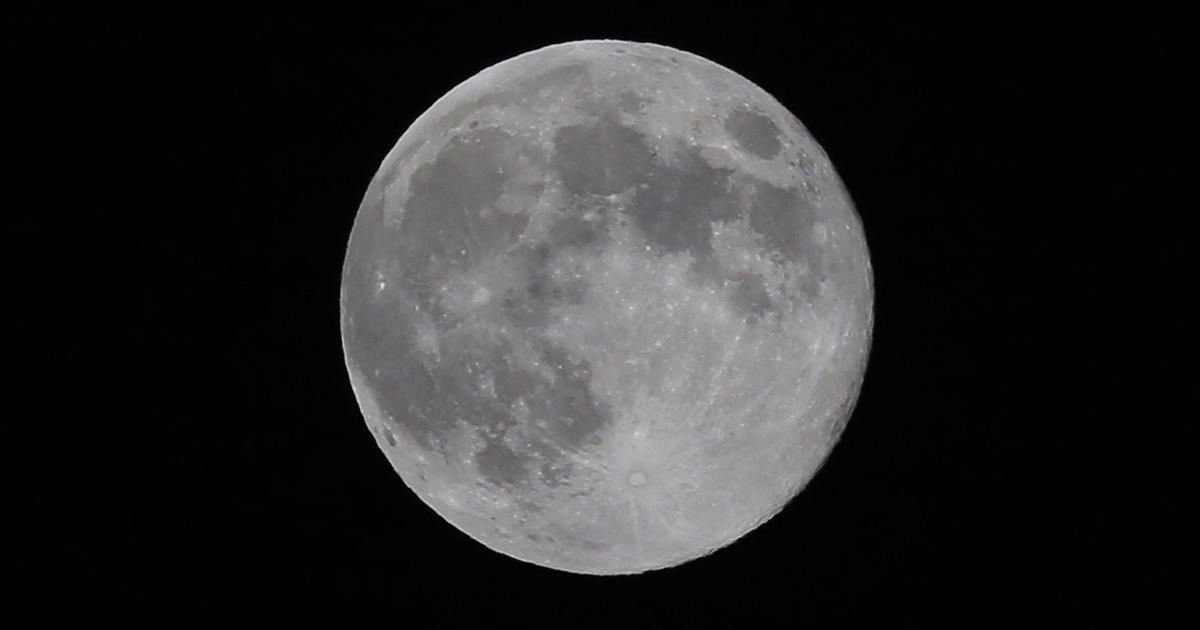 Kathy Lueders, NASA’s newly appointed head of human spaceflight operations, said Thursday that without a crystal ball, she could not give a yes-or-no answer when asked whether she believes NASA can put astronauts back on the moon by the end of 2024 as called for by the Trump administration.

Many space observers view the 2024 goal as unrealistic — one former NASA manager recently called it a “pipe dream” — but Lueders said, “if you start and you say I can’t get there, well, you’re not going to get there.”

“You’ve got to start and try to get there,” she said. “If things come up along the way where technically it takes us longer, then we’ll go figure it out. But right now, the team is trying.”

Kathy Lueders applauds as hatches are opened between a SpaceX Crew Dragon capsule and the International Space Station. Then manager of NASA’s Commercial Crew Program, Lueders has since been named associate administrator for Human Exploration and Operations, overseeing all of the agency’s major spaceflight initiatives. NASA

“And I think what we’ve done with hiring Kathy Lueders to be the head of human exploration is we’ve increased the probability of success, and that’s what we work toward every day,” he said. “If you’re asking me if we’re going to land on the moon in 2024, I’m going to tell you, yes, we can do it. We know it’s hard. We know that there’s bound to be challenges in front of us. But it is absolutely possible, and we’re going to work towards it every day.”

NASA originally planned to return to the moon with astronaut landings in 2028. The Trump administration moved the target up to 2024 and NASA has been working toward that goal under what the agency now calls the Artemis program.

NASA plans two test flights of its Space Launch System mega rocket and Orion crew capsule, one unpiloted and the other with a crew on board, before attempting to land the next man and the first woman on the moon in 2024 using a commercially developed lunar lander.

Lueders’ predecessor, Douglas Loverro, unexpectedly resigned May 19, three weeks after awarding the lander contracts, leaving a figurative mountain of work on the desk for Lueders. As associate administrator for spaceflight, Lueders now oversees the International Space Station, the Commercial Crew Program, Artemis and other major initiatives.

Agency insiders say Lueders provided firm leadership at the helm of the Commercial Crew Program and Bridenstine said Thursday that she “has the right set of skills and the right leadership qualities to take our agency deeper into the solar system, and I know she’s committed to that.”

Said Lueders: “I do feel like I’m filling big footprints. And looking down, I realize I need to grow a few shoe sizes, quick. But I know after working across the agency over the last 28 years, that HEO [Human Explorations and Operations] has a great NASA team, a great industry team and great international partners. And I’m really looking forward to jumping in and helping them.”

Lueders said the Crew Dragon capsule that carried Hurley and Behnken to the space station is operating smoothly. While it has electronically slept during most of its stay at the station, the crew activates its systems once a week to monitor performance.

NASA managers have not yet decided how long to keep Hurley and Behnken aboard the station. Both astronauts are helping station commander Chris Cassidy, the only other American on board, carry out research and maintenance, and next week Behnken will join him for the first of two spacewalks to replace a set of the lab’s aging solar array batteries.

The Crew Dragon’s eventual landing date will depend on a variety of factors ranging from weather in the Atlantic Ocean splashdown zone to the time needed to inspect the craft before clearing another crew for launch on an operational six-month station mission in September.

“Right now, we’re looking at the (Crew Dragon) coming back in the early August timeframe,” Lueders said. “But obviously, we’ve got to continue to monitor progress and make sure we’re wisely using Doug and Bob as best we can to continue to provide additional safety and maintenance of the International Space Station.”

Lueders is the first woman to head NASA’s Human Exploration and Operations Mission Directorate. She said Thursday — 37 years to the day after Sally Ride became the first American woman in space — that she did not initially think of herself as a role model.

“What’s been amazing to me over the last few days is seeing all the tweets, Snapchats, Instagrams, all the notes from all the girls out there,” she said. “That really helped me realize the power of my being first that means to them. They’re able to see themselves in me.

“I’m very honored by that, and I’m expecting really big things from them. You better get going! I think when we can see ourselves in the people that are out there, it makes us realize we can do it. And that’s very, very important for not only girls out there, but for all groups of people.”