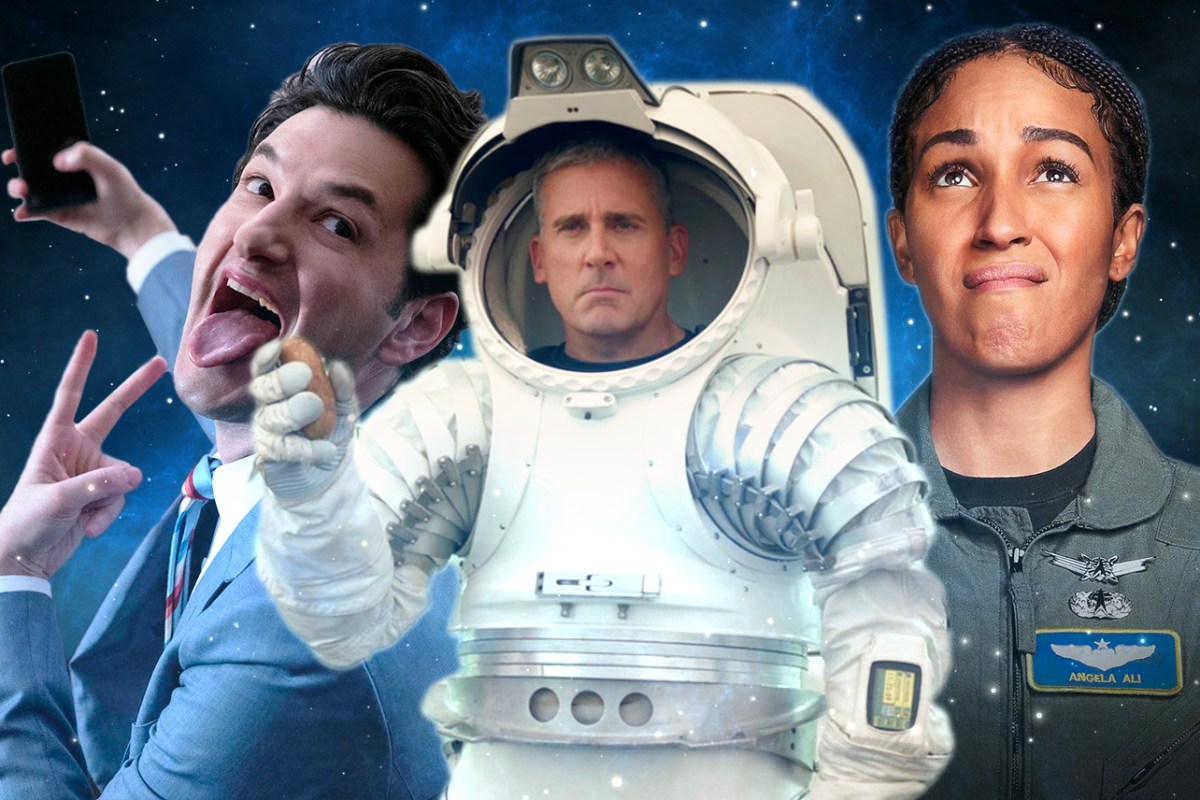 It doesn’t get much more high profile than the new Netflix comedy Space Force. Premiering Friday on the streaming giant, the glossy new series from Office veterans Steve Carell and Greg Daniels boasts an all-star cast, a prestigious creative pedigree, and a buzzy premise. The workplace comedy centers on Mark R. Naird (Carell), a four-star general tasked with leading the newly-formed sixth branch of the US Armed Forces: Space Force.

I sincerely wanted to love Space Force. The trailer provided snippets of the Steve Carell we all fell in love with on The Office and the show’s stellar ensemble — John Malkovich, Diana Silvers, Tawny Newsome, Ben Schwartz, Lisa Kudrow, Jimmy O. Yang, and Noah Emmerich, just to name a few — is a true embarrassment of comedic riches. Unfortunately, the series fails to live up to its lofty expectations.

Space Force isn’t terrible. Despite the tonal inconsistencies of the first two episodes, the immensely talented cast is simply too skillful to deliver a true stinker. The show never reaches the rarified air of must-see, but Space Force is a silly diversion that offers levity and laughs. Here’s the good, the bad, and the ugly of Netflix’s newest comedy.

Space Force is a frustrating binge because all the ingredients of an exceptional workplace comedy are there, but, unfortunately, they never coalesce. Ben Schwartz is the hands-down funniest part of the series and anyone who’s seen Yang on Silicon Valley or Newsome on Brockmire are well aware of the duo’s scene-stealing capabilities. Schwartz exudes endless charisma as Space Force’s social media maven F. Tony Scarapiducci (a thinly-veiled reference to former White House Director of Communications Anthony Scaramucci) and watching this pogo stick of insanity interact with Carell’s overly stringent Mark Naird is a fun clash of styles.

The show is at its best when it focuses on small stories that center on unexpected pairings: Schwartz/Yang, Newsome/Yang, Schwartz/Don Lake, and Newsome/Diana Silvers.

It takes a long, long time to warm up to Mark R. Naird. In the first few episodes, Carell’s character is toxic masculinity personified as his obnoxious, grating behavior doesn’t give the audience much to grab onto. Listen, I get it. It’s 2020 and lead characters should be complex and flawed, but audiences inherently want to like Steve Carell. They want to root for him. The U.S. version of The Office morphed into a beloved sitcom after the writers recalibrated the character of Michael Scott. After the first two episodes, you’re not sure if Naird is slightly misguided or grossly incompetent.

Carell’s performance isn’t the issue; the actor could imbue a spoiled nectarine with pathos. Naird’s friendship with Dr. Mallory (portrayed with considerable aplomb by Malkovich) eventually helps to humanize the character and Carell’s inherent warmth allows you to connect with Naird more than you should, but it’s a bumpy ride.

The Ugly: The Tonal Inconsistencies

When Netflix released the Space Force teaser trailer they included a mini oral history of the creation of the show that included this interesting tidbit from co-creator Greg Daniels:

“We wanted to make sure that we were being accurate and more than respectful — I would say complimentary — of the military virtues that Steve’s character holds. Both Steve and I have relatives in the military who we love and respect, and hope are going to enjoy watching the show.”

The major issue with Space Force is that it never strikes the right balance between satire and deference. It’s clear that the series wants to lampoon the idea behind Space Force, but they want to do so while respecting the contributions of our military. While admirable, this leads to the series feeling like a hodge-podge of disparate puzzle pieces instead of one cohesive jigsaw puzzle.

The series improves dramatically in the second half of the season, with Naird becoming a bit more palatable and the show embracing its talented ensemble. But despite a few fun moments, Space Force is more fizzle than fire cracker.

All ten episodes of Space Force premiere Friday, May 29 on Netflix.