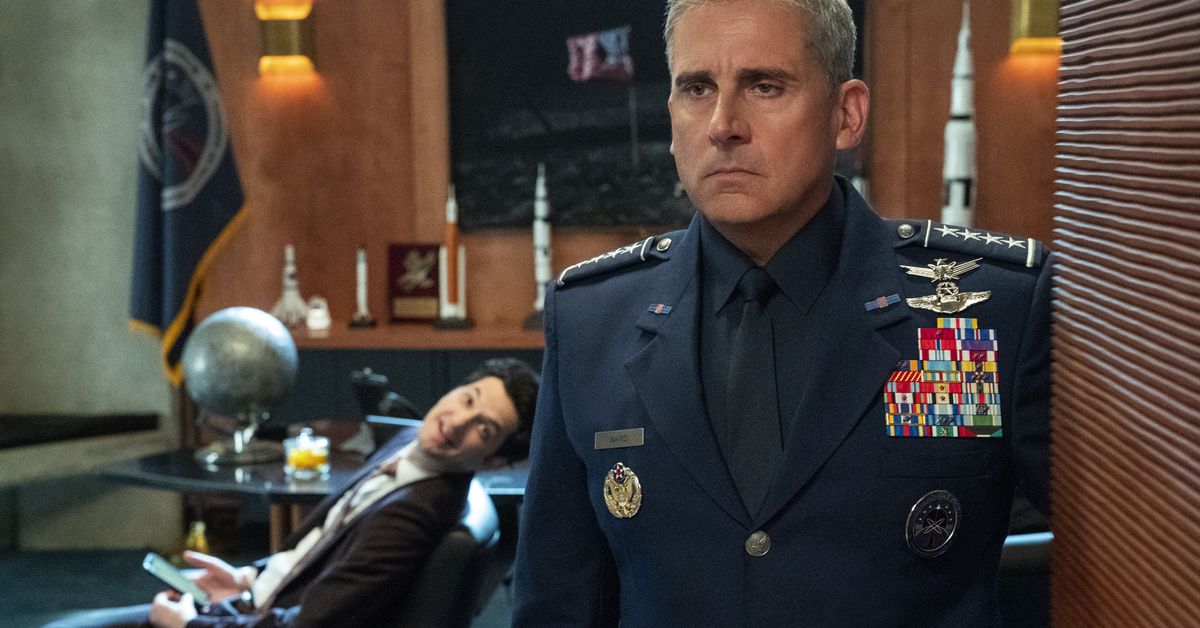 The forces behind The Office are here to disappoint you

On Wednesday, May 27th, Donald Trump got mad about a mild fact-check from Twitter. The president of the United States made false claims about voter fraud, and a note was appended to them suggesting that users “get the facts.” That evening, the president announced he would be signing an executive order pertaining to social media, beginning a nonsensical feud in which the apparatus of government contorts to accommodate the petty grievances of a man uninterested in what the law actually permits him to do. Whether the order enacts anything enforceable doesn’t matter. What matters is that we are reminded that Donald Trump must get what he wants — even if what he wants isn’t clear by any stretch of the imagination.

Space Force, the new Netflix comedy from The Office co-creator Greg Daniels and star Steve Carell, is a series lifted directly from another notable time the US president demanded something without the slightest notion of what that meant: a Space Force.

The show follows General Mark Naird (Carell), the newly minted chief of space operations, as he tries to make the completely harebrained notion of putting the armed forces on the moon a reality. It plays its story straight, imagining what it would look like if the military scrambled to make Trump’s half-baked governance-by-tweet a reality.

Removed from the very real consequences of his actions, there is comedy in one of the world’s largest nations having to constantly rearrange itself every time a man speaks, especially when that man seems too stupid to realize his power means that entire government agencies live or die by his word, or too stubborn to learn. But that humor comes from an understanding of power, who wields it, and who is impacted by it; sharp political satire is ruthless in making that understanding clear. (Veep is the gold standard here: a show that presented politicians doing all of the things they do in real life, but without the standard doublespeak. Its characters swore and openly admitted what they wanted, and the comedy was in the facade they presented to the public.)

Space Force immediately signals that it has little interest in this sort of satire, instead choosing to adhere to the conventions of the workplace comedy. Immediately, the show is rendered toothless, its humor deprived of any bite and pathetically offering up zingers on office rivalries, nepotism, and weird co-workers. The show falls apart before it even gets going. Also, it is astonishingly unfunny.

Even if you come to Space Force skeptical of its approach, realizing just how few of its jokes land is shocking when you consider the talent involved. While Naird is in keeping with Steve Carell’s tradition of playing earnest losers, Carell plays him with a stuffy growl that feels less like a character and more like he won’t stop doing a bit. Acclaimed character actors Noah Emmerich (of The Americans) and John Malkovich are asked to do very little as Naird’s rival and the Space Force’s foremost science weirdo, respectively. And a litany of sitcom favorites appear, none of them able to muster up the energy to steal a scene: Lisa Kudrow, Ben Schwartz, Jane Lynch, Jimmy O. Yang, and Chris Gethard appear in parts large and small, but the strongest reaction I had to their appearance was merely, Why?

Space Force seemed ill-conceived from the very beginning: comedic institutions have consistently failed to produce a compelling or funny response to the Trump era, and there was no real reason to think that one would suddenly spring from the ether. But Space Force’s execution is even less excusable — there is one episode where Steve Carrell is trying to give instructions on how to repair a space station to an astronaut monkey, and every second of it is excruciating. For the first time, I think I can relate to our current president — or at least, the desire to tweet something out of existence.