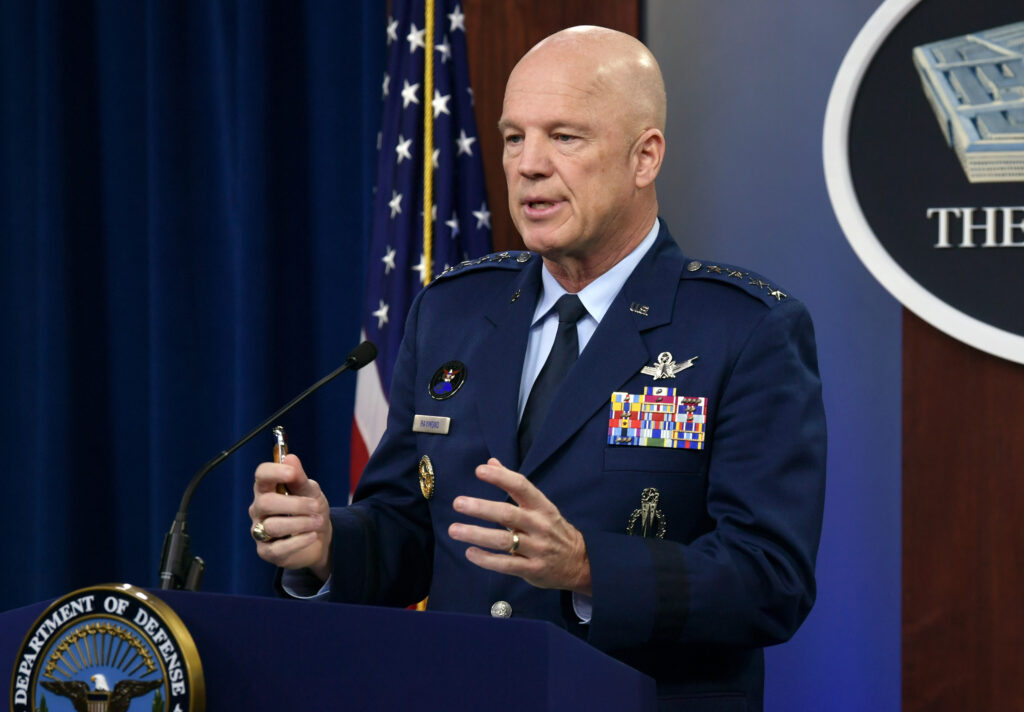 As Breaking D readers know, crafting a warfighting doctrine for space has been on Raymond’s to-do list from the get-go, when he was first invested as head of Space Command last August, prior to the Space Force’s creation in December. After a year of wearing both command hats, Raymond is now in charge of Space Force. His successor at SPACECOM, Army Gen. James Dickinson, was confirmed by the Senate on Aug. 6.

The new document is based on concepts and definitions built by earlier doctrine papers on space operations by the Air Force and the Joint Staff, such as Joint Doctrine 3-14. However, it differs in one major aspect: it is the first one that looks at military space operations as a separate domain of warfare, rather than as a supporting function for other domains.

“From a doctrinal perspective, it is not a massive departure from 3-14 and previous Air Force and Joint doctrine, but it does make some philosophical changes that begin the process of separating spacepower doctrine from air, maritime, and land power,” Brian Weeden, head of programming planning at Secure World Foundation, says in an email.

At the same time, the document sets out to place military operations in space in a broader context as part of a national spacepower strategy that includes diplomacy and economic activity.

Although not directly articulated, the publication has another purpose: to justify the creation of an independent Space Force. Thus, the document dedicates a good number of words characterizing “spacepower” as a vital form of national power, and military spacepower as a “critical manifestation of the high ground in modern warfare” that is a core factor in winning future wars.

“Military spacepower cannot unilaterally win wars, but like landpower, seapower, airpower, or cyberpower, its success, absence, or failure could prove catastrophically decisive in war. Because military spacepower has the potential to be the difference between victory and defeat, it must be viewed with equal importance as military power in any other domain,” the document argues. “This observation is the strategic imperative for creating the United States Space Force as an independent military Service capable of maximizing military spacepower as a distinct and vital formulation of military power.”

As a capstone document, the new doctrine is a baseline document to be followed by more specific doctrines that lay out operational responses and standard tactical procedures. It sets terms and concepts, and forms a framework for military space operators to follow in undertaking their jobs. The capstone doctrine will be reviewed and potentially updated every four years.

“The Space Capstone Publication is the inaugural doctrine manual for the United States Space Force, providing a basis for training and education, and informs decision-making, mission analysis, objectives, and the development of military space strategy in support of national security, national defense, and national military strategies,” the document explains.

The document lays out what Space Force calls “three Cornerstone Responsibilities” that it says “form the vital purpose of military spacepower:”

Like its predecessor doctrinal documents, as well as the Trump administration’s Space Policy Directive 4 (SPD-4), the Space Capstone Publication explains that “combat power” in space will be used for both defensive and offensive purposes. The document also makes clear that spacepower can be employed using lethal and non-lethal means “in, from and through space.”

“Defensive operations enhance control by protecting and preserving U.S. freedom of action in the space domain,” it says. Defensive operations can be passive, such as ensuring spacecraft maneuverability or building large constellations; or active measures ” to destroy, nullify, or reduce the effectiveness of
threats.” Active measures, it notes, could include “proactive” actions in the face of an imminent threat.

What the capstone doctrine does not do is explain the difference between “active defense” and “offense” in space — a distinction that long has been less than clear. It also does not explain exactly when offensive operations are deemed “warranted;” nor does it detail who gets to make that decision. Under previous administrations, a decision to attack adversary satellites was held strictly as a presidential prerogative.