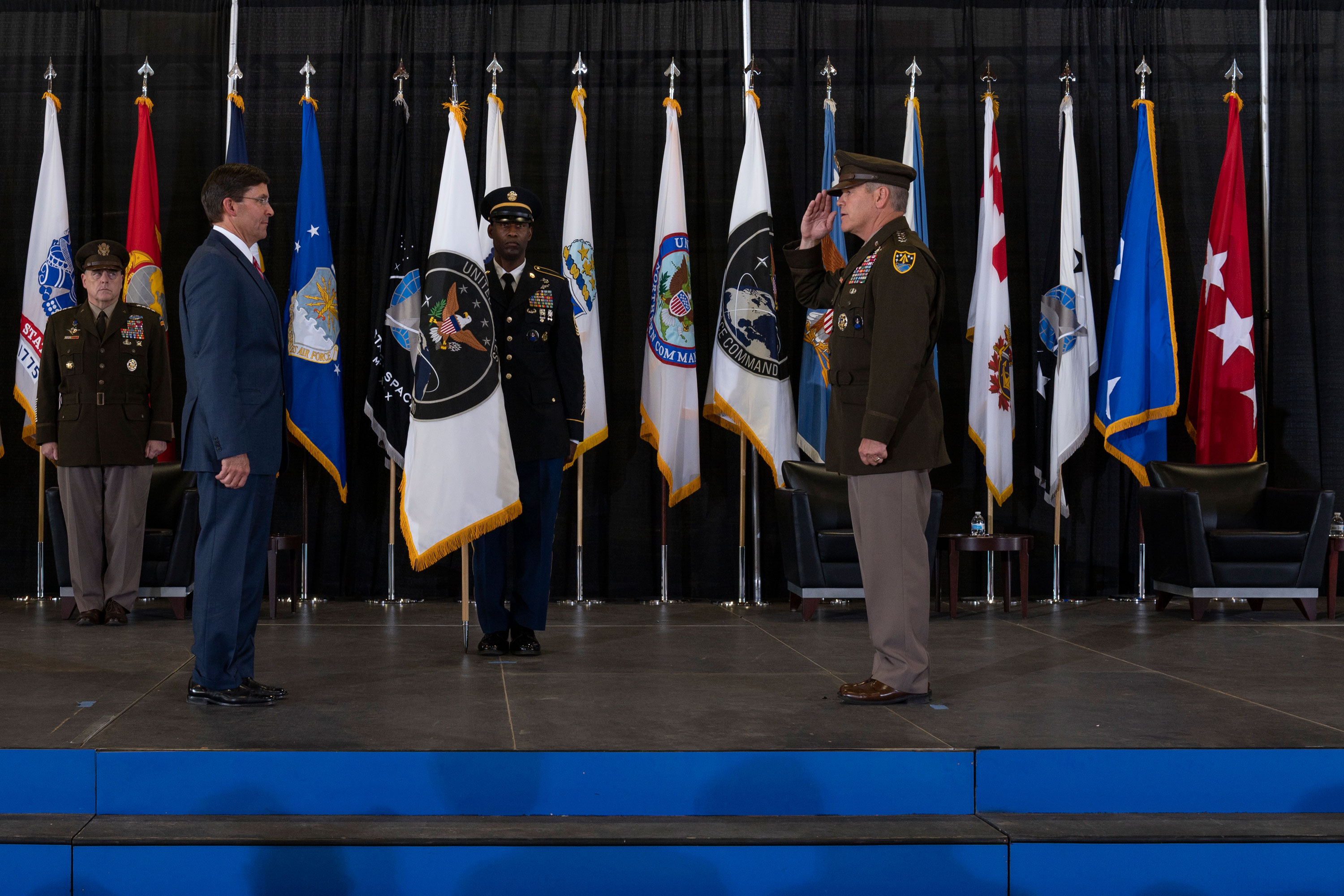 PETERSON AIR FORCE BASE, Colo. — The general officer who was simultaneously leading the new Space Force military branch and a combatant command overseeing operations beyond Earth is no longer serving in both roles.

Read next: Inspectors Said Her Toxic Leadership Was ‘Worst Seen in 20 Years.’ She Just Became a 1-Star

Now, U.S. Space Command and Space Force each have their own individual leaders. The two entities, which have complementary but differing missions, now each have a four-star overseeing them.

“This is a big deal,” Chairman of the Joint Chiefs Army Gen. Mark Milley said at the ceremony. He and Defense Secretary Mark Esper oversaw Thursday’s change of command.

Space Command was resurrected last year after a near-two decade hiatus. Like other military combatant commands — such as U.S. Central Command, which oversees missions in the Middle East, or Indo-Pacific Command in Asia — Space Command also directs operations in a specific region. That region happens to be outer space.

Raymond had been leading Space Command since the Senate confirmed him for the job last year. At the same time, he has also been leading the newly created Space Force.

Now, Raymond will focus on that job full time as the newest military branch begins recruiting personnel, setting doctrine and building its own culture. The Space Force falls under the Air Force, just as the Marine Corps belongs to the Navy Department.

Esper said during Thursday’s ceremony that the U.S. must protect the freedom to operate in space.

Space-based capabilities give the military the edge on the battlefield, he said, but those gains are now threatened.

“Our competitors are seeking new ways to exploit us and undermine our military advantage,” Esper said.

Dickinson, who was promoted to four-star general, had served as Raymond’s deputy commander at Space Force since December. He previously served as commanding general of the Space and Missile Defense Command/Army Forces Strategic Command.

— Oriana Pawlyk contributed to this report.

Related: US Accuses Russia of Testing Anti-Satellite Weapon in Space