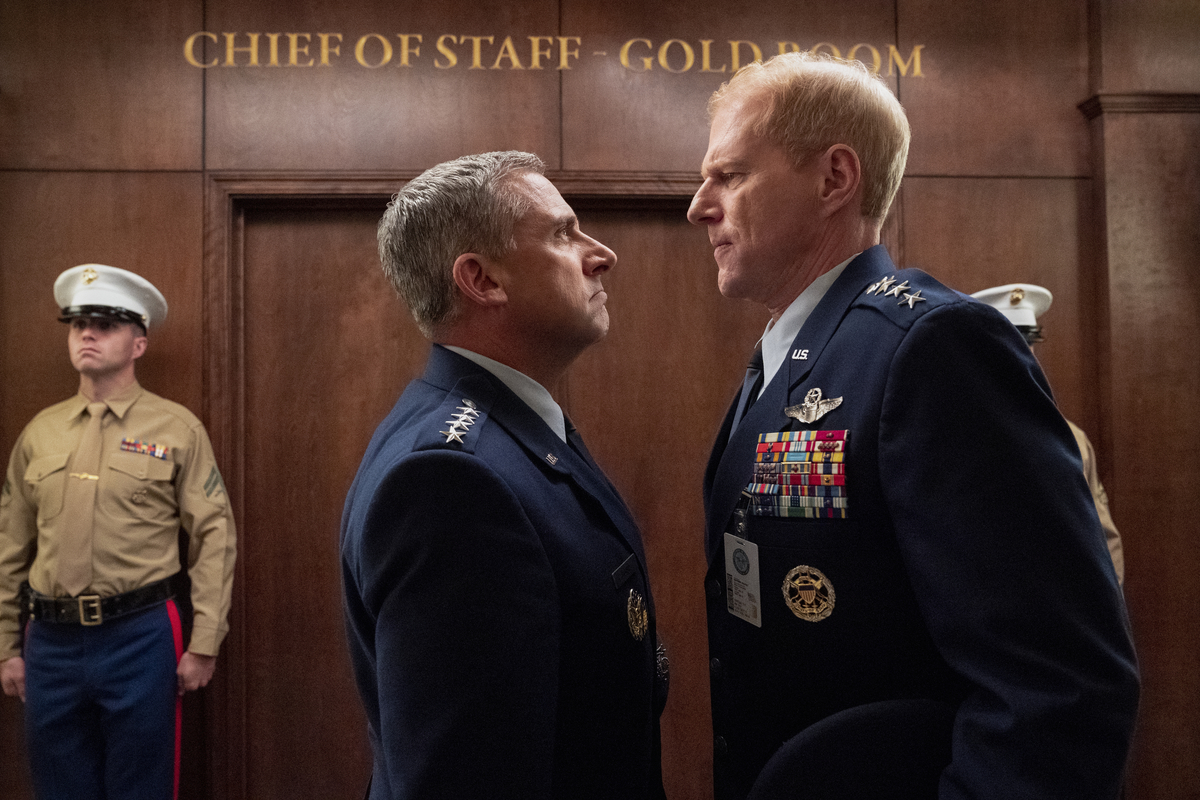 I have to confess, I was pretty surprised — shocked might even be a better word — at critics’ almost across-the-board panning of Netflix’s new Steve Carell-led series Space Force that debuted on the streaming service Friday. I spoke with creator Greg Daniels earlier this month about reuniting with Carell for this new 10-episode series, which fictionalizes the real-world creation of the US miliary’s new Space Force that’s happening concurrently with the show. I also previewed Season 1 before it debuted on Netflix, and barring a few of the growing pains that all new series generally grapple with during their inaugural season as they start to find their rhythm, I found the series to easily check the two boxes I require of any television series — it both entertained and indulged me, in the same vein as previous TV series that Daniels has had a hand in creating, like The Office and Parks and Recreation.

Nevertheless, for the most part, early reviews were brutal. Slate called it “shockingly unfunny.” From Mashable, a somewhat inscrutable critique: “Unfortunately, Netflix’s Space Force lives up to its name.” And from The Daily Beast: The show is a “confusing misfire, wasting serious potential.” And the bad reviews keep piling up from there. Meanwhile, how do audiences feel, now that the series is actually live on Netflix?

Interestingly, pretty much the complete opposite of all that. Take a look, for example, at where things stand with sentiment about the show as of Friday night, at the end of its first day. Per Rotten Tomatoes, audiences are loving the show twice as much as the critics, based on the aggregate scores of both demographics:

In case you need a reminder, here again is Netflix’s official description of the series: “A decorated pilot with dreams of running the Air Force, four-star general Mark R. Naird (Steve Carell) is thrown for a loop when he finds himself tapped to lead the newly formed sixth branch of the US Armed Forces: Space Force. Skeptical but dedicated, Mark uproots his family and moves to a remote base in Colorado where he and a colorful team of scientists and ‘Spacemen’ are tasked by the White House with getting American boots on the moon (again) in a hurry and achieving total space dominance.”

Daniels told me that he and Carell “thought a lot” about what they wanted to do with the character of the general before they started writing. They settled on a balance of a guy who is a very by-the-books military type put in charge of an agency he doesn’t fully appreciate at first but comes to regard as an actually inspirational element of the US’ armed forces. But additionally, and I can’t stress this enough — there’s still a veneer of silliness that encompasses the whole show, in such a way that you’re meant to appreciate it without taking any of it too seriously.

“Steve and I,” Daniels told me, “talked about how this character was going to embody a lot of real positive traits that we felt the military had, but also have this other character played by John Malkovich who’d embody a lot of positive traits of scientists. And then they also have their flaws and their foibles. But in general, the attitude toward the comedy is a laugh-with attitude, not a laugh-at attitude.”

Audiences, based on the early reaction, seemed to have found that effort satisfactory. Here’s a roundup of some of the audience reaction to the series via Twitter, where it’s not hard at all to find postings from people who’ve not only liked what they’ve seen of the show so far, but who also feel that many critics were wildly off the mark with this one: