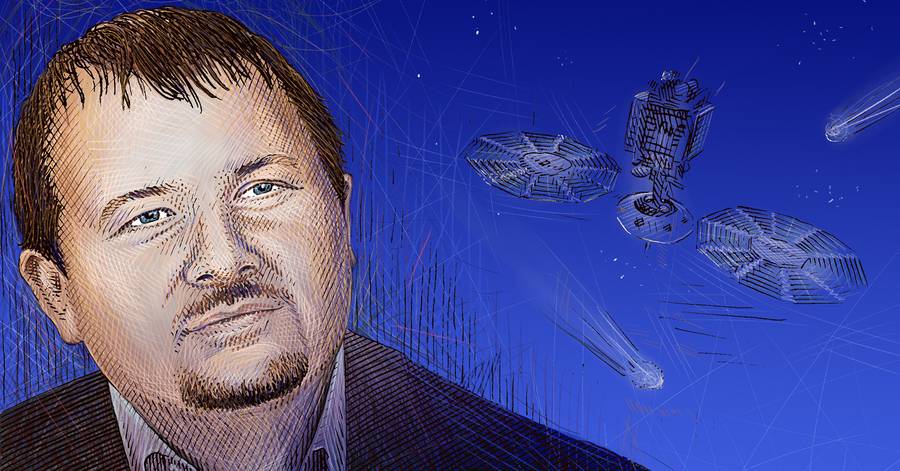 When the Crew Dragon splashed down in the Gulf of Mexico last Sunday—completing the first manned space mission from American soil in nine years—Mikhail Kokorich was exultant. Which is striking, given that he’s Russian.

Crew Dragon was conceived and constructed by SpaceX, Elon Musk’s space-transport company. “It’s remarkable,” Mr. Kokorich, a physicist and aerospace engineer, says of the mission, “because it marks the transition of space exploration from the nation-state into the hands of private entrepreneurs.”

Mr. Kokorich, 44, is one such entrepreneur. In 2017 he founded Momentus, a California-based company that seeks to revolutionize transport in space by developing in-space transfer vehicles that use water as a propellant. These would “complement low-cost gigantic rockets, like Starship from SpaceX and New Glenn from Blue Origin,” he says. Craft built by Momentus would enable the outer-space equivalent of the connecting flight. A satellite would reach orbit by “ride-sharing on a big rocket,” then transfer to a Momentus vehicle for the next leg farther out.

The choice of water as a propellant, Mr. Kokorich says, would “not only enable extremely low-cost in-space vehicles—built in a ‘Mad Max’ steampunk style—but eventually allow the use of water mined from the moon and from asteroids.” Far-fetched? He points to “binding contracts already with NASA, Lockheed Martin , and the U.S. Air Force,” not to mention dozens of satellite operators and manufacturers. “Hell, Momentus even has a ride-share partnership agreement with SpaceX.”

Now a CEO in the vanguard of rocket science, Mr. Kokorich was born in a house with no indoor toilets and sporadic electricity in Aginskoye, Siberia, population around 10,000. His mother was 19 when she bore him, and he was raised by her parents, both schoolteachers with more education than almost anyone else in town. “I often studied by the light of a kerosene lamp when I was young,” he tells me by Zoom from his house in Los Altos Hills, Calif., where he’s lived since he left Russia in 2014 as part of what he calls “the Putin exodus.”