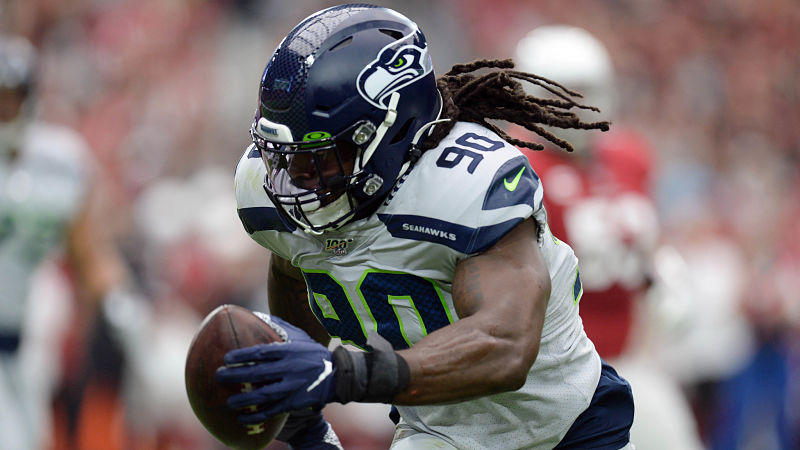 The New England Patriots actually have money to spend.

The Patriots on Saturday created more than $6 million in cap space after settlements in compensation grievances with both receiver Antonio Brown and late tight end Aaron Hernandez, according to ESPN’s Mike Reiss. Those developments came after the club created just shy of $1 million in cap space with a restructured deal for running back Rex Burkhead.

Altogether, New England now has approximately $7.79 million in cap space, per Reiss. That, of course, prompts the ensuing question: How should they spend it?

Seeing how saving money isn’t any fun, we’re going to bypass that thought right now. Instead, here are a few ways the Patriots could use their cap space in trades, free-agent signings and even internal situations.

Trade for tight end David Njoku
The Patriots did address their massive hole at tight end in the 2020 NFL Draft with Devin Asiasi and Dalton Keene. However, could they still use a reliable starter while the rookies get up to speed? Yes.

Njoku asked the Cleveland Browns to be traded last week. The Patriots certainly can afford his 2020 salary of $1.76 million, so it’s going to come down to the compensation they’ll need to send back to Cleveland in order to acquire the former first-rounder.

Sign free-agent Jadeveon Clowney
OK, admittedly, this is a bit of a long shot, but it could actually work.

Clowney has been on the market for much longer than he anticipated, and because of that he certainly could consider a short-year deal so he can hit the market again next year.

Patriots head coach Bill Belichick, of course, is no stranger from incentive-laden contracts, and you don’t have to look any further than Cam Newton. Would a chance to play for Belichick and ultimately earn pay based on incentives interest the former No. 1 overall pick? Crazier things have happened.

Sign offensive tackle Jason Peters
The Patriots hope to have their full offensive line healthy again in 2020, namely with left tackle Isaiah Wynn and center David Andrews. But their depth on the exterior isn’t all that promising with 2019 third-rounder Yodny Cajuste expected to be tasked with a lot as the swing tackle in his first NFL season.

The 38-year-old Peters would provide some help in that category and, with his age, likely agree to a modest short-term deal.

Sign free-agent Everson Griffen
Remember that incentive-laden deal thought regarding Clowney? Well, there’s no reason the Patriots couldn’t try the same thing with the four-time Pro Bowl defensive end. He, too, has been on the open market for longer than he would’ve expected, since voiding the final three years of his contract with the Minnesota Vikings to become a free agent.

Would Griffen, who was set to have a $13.9 million cap hit with Minnesota in 2020, be willing to take a short-term, incentive-laden deal? Considering the Patriots were interested in the USC product in 2010 and the fact Griffen praised the team and Belichick as the model of team building, it’s certainly a possibility.

(Disclaimer: Something that could impact this signing, along with Clowney, is the fact the Patriots loaded up on edge rushers Josh Uche and Anfernee Jennings with early-round draft picks.)

Spend the money internally
While this may be a less attractive option from the fan perspective, the Patriots could always use their cap space on the players who have performed well in New England. Cornerback J.C. Jackson is a prime candidate for this.

The undrafted cornerback enters the third year of his three-year, $1.72 million contract. He has a modest base salary of $750,000, per Spotrac, and will be a restricted free agent following the 2020 season. Putting together an extension (or overhauling new deal) would help keep one of the Patriots up-and-coming stars in New England. The Patriots gave fellow cornerback Jonathan Jones a well-deserved raise in September.

Hopefully we’ll begin to get answers on how the Patriots spend that money soon.