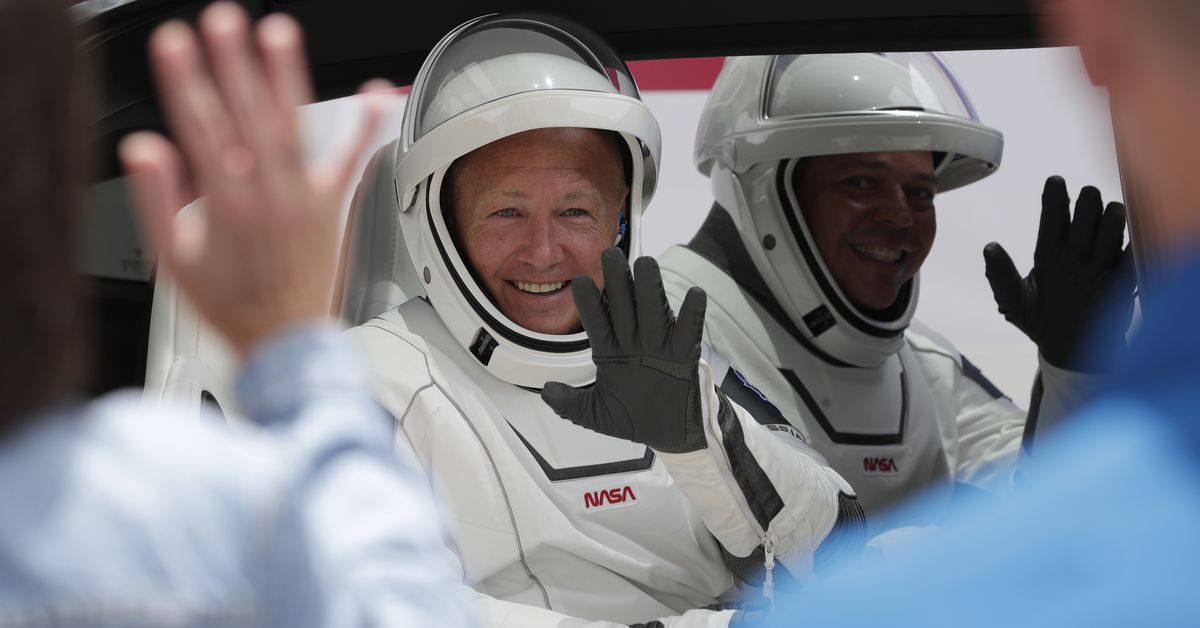 With the rush of 1.7 million pounds of thrust propelling some of the most advanced flight technology developed, and assuming all systems function properly, America will proudly launch into a new space age this week.

The SpaceX Dragon capsule atop its Falcon 9 rocket won’t be carrying Neil Armstrong or the political tensions 1969, but the Demo-2 mission’s significance — two American astronauts docking in space, launching from American soil on an American vehicle for the first time since 2011 — should kindle pride in every corner of the country.

The mission, whose launch window is rescheduled for Saturday due to weather concerns, aims to rendezvous with the International Space Station this weekend, and the crew will return at an unidentified date weeks — or months — later. The success of this flight, which is the final test in a long-anticipated objective of sending humans to space aboard a private spacecraft, should open the doors for NASA to bring its space operations back home, something it has been offshoring to Russia since the Obama administration canceled the shuttle program’s replacement plans.

Gone are the days of virtually limitless space budgets and government-owned rockets. Private investors have shown their willingness to back innovative companies who are pushing the boundaries of space accessibility. Dozens of enterprises now deliver satellites for communications businesses. A few, like SpaceX, Boeing and Virgin Orbit, are emerging as viable contenders for a long-term space presence.

The Demo-2 flight marks a telling shift in the operations of the government’s space agency. NASA is no longer the owner and operator of its space travel, as Jim Bridenstine, the agency’s administrator, told the Deseret News. NASA is a customer, a dynamic that paves the way for exploration previously thought to be a careless waste of government resources.

Technology will improve as competition increases. Prices will drop. The final frontier won’t seem so deserted as it once did.

If astronauts Doug Hurley and Bob Behnken touch back safely on Earth, our solar system will have shrunk. The moon won’t be a relic of the space race; it will be a destination for laboratories and long-term research. Mars will seem closer than ever before. America will be at the center of it all.

The cynic may fairly ask: Why do it at all?

There’s the pragmatic response: Technology must advance to reach such a challenge, and sooner or later those advancements are commoditized. The space age brought everything from computers to velcro into the households of average Americans. Today’s progress promises much of the same.

But that’s a hollow motivation if left uncoupled from the uniquely human urge to explore the unknown and push the limits of endurance. It’s in that pioneering spirit the human race uncovers pieces of its divinity and fortitude. Moments of uncertainty teach the mind and soul lessons reserved for those daring enough to assume the risk.

That’s what America gained from its race to the moon, and it’s what we hope SpaceX and a future of cosmic expedition will revive.