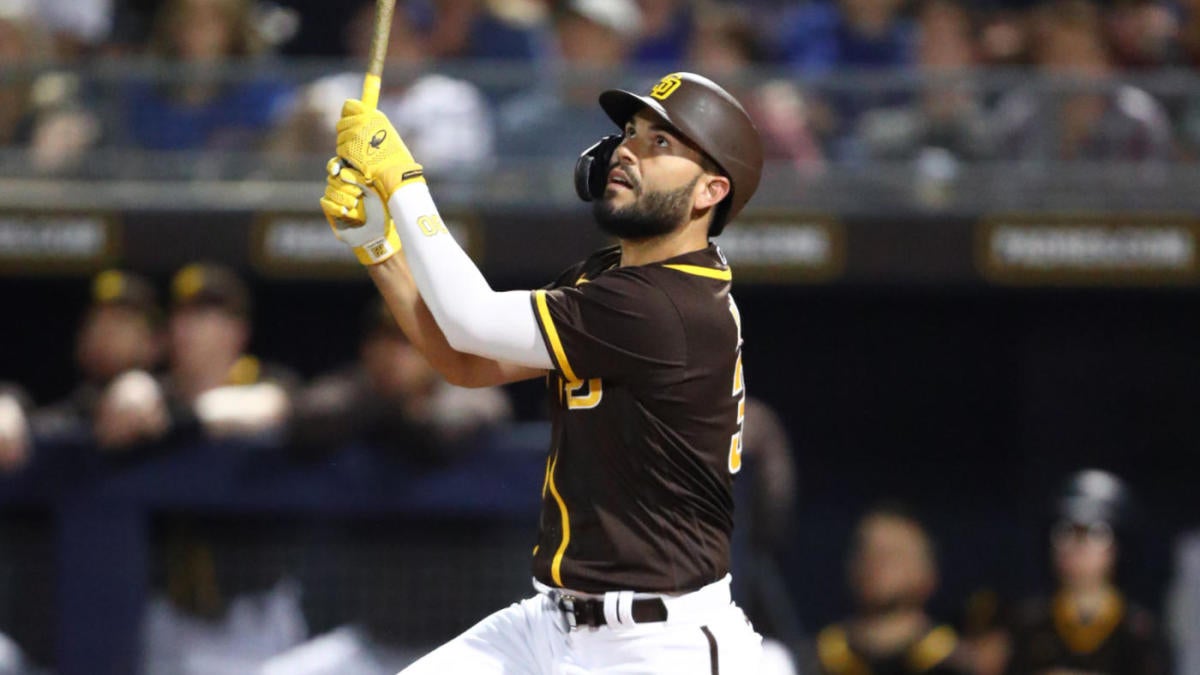 This MLB season is unlike any other for a thousand different reasons, but it’s a lot like every other season in many ways, too. For example, Nelson Cruz is still absolutely crushing the ball and making everyone who worried about his age in their Fantasy drafts look like a fool. A tradition like no other.

Another way this season is like any other is that it’s really hard to do much actually Fantasy analysis this early in the season. The sample sizes are too small — most hitters have played five games at most, while most pitchers have only started once. Anything can happen in a week of baseball, and if you don’t believe me, how about this fact: Orlando Arcia, the worst hitter in baseball in 2019 by wOBA, had a five-game stretch last May and June where he hit .368/.455/.895 with three home runs and 14 runs plus RBI, while Christian Yelich hit .158/.320/.526 with one home run and 10 runs plus RBI. See, anything can happen!

Still, in a 60-game season, “Anything can happen in five games” is hardly a comfort. You can’t afford a bad start, so you’re more likely to be moved to panic because of one. It’s worth knowing, then, what might  be real in the early going.

Here are a few early trends for hitters that have stood out through the first almost-week of the season, drawn from BaseballSavant.com’s Statcast data and FanGraphs.com’s leaderboards.

We’ve received a few questions on this one, so let’s address it off the top: I’m not worried that Turner has attempted just one stolen base to date. He’s only been on first base seven times so far, and given that 83% of his steals have come from first, that’s an important factor. For his career, Turner attempts a steal roughly 21% of the time he has an open base in front of him, a rate that is down to 8% so far. Of course, if he had attempted one more steal, it would be 16%. I’ll draw some conclusions based on early data in the rest of this story, but this isn’t a place to do it. Relax.

There isn’t much to worry about with Ronald Acuña

Sure, he’s struck out in more than half of his plate appearances, which is, I assure you, quite bad. But we knew Acuña was a strikeout-prone hitter coming into this, and guess what — he had a 50.0% strikeout rate over a five-game stretch last August and has had a few more over 45% in his career. This is almost certainly just a bad stretch. Don’t panic. That goes for those of you worried about Mike Trout, Christian Yelich, Rafael Devers, Xander Bogaerts, etc. … just let your stars be.

Corey Seager is absurdly locked in

Seager leads baseball with 13 batted balls of at least 95 mph, and Teoscar Hernandez is the only player with more than nine. It hasn’t translated to much power yet, and Seager still probably doesn’t lift the ball enough yet to be an elite power hitter. But I’ve made the Freddie Freeman comp before, and it still applies. At his best, Seager is one of the best pure hitters in baseball, and he’s super locked in to start this season.

One thing to note: Guerrero led baseball with eight batted balls of at least 115 mph last season, so it’s no surprise to see him on this list. It hasn’t led to great production yet, at least in part because he’s still hitting the ball on the ground too much — a 5.1 degree average launch angle, compared to 6.7 degrees last season. That’ll have to change for him to turn into the kind of hitter we want him to be, but it’s still worth betting on the talent here.

As for Hernandez, the surprise name on the list, he’s always hit the ball incredibly hard; that’s not new. Neither is the 30.4% strikeout rate, and that’s what has always held him back. There’s always been an intriguing power-speed combo here, but Hernandez’s plate discipline still figures to hold him back.

Hosmer talked in the offseason about wanting to lift the ball more, and he wasn’t kidding. Through three games, Hosmer has yet to hit a ball on the ground in 2020, the longest stretch of his career. No, really. And it didn’t require a drastic swing change — a slight switch in his approach, including an ever-so-slightly smaller leg kick that allows him to get to the ball a fraction of a second earlier.

Hosmer was second among qualifiers last season with a 56.0% ground ball rate, so this is a pretty significant change. He’s always been a talented hitter, capable of hitting the ball to all fields with good plate discipline at his best, but he never quite maximizes his skills. He’ll hit on one the ground eventually, but if you’re wondering why he’s off to such a good start, it’s no fluke. This was a conscious choice, and it means we’re seeing a new and improve Hosmer — one who is probably a must-start option at least as a corner infielder, if not in the 1B slot.

Luis Robert is no joke

There are still concerns about his plate discipline — seven strikeouts to one walk in five games isn’t exactly ideal — but the tools are readily apparent already. He’s in the 94th percentile in sprint speed in the early going and the 95th percentile in average exit velocity, just as advertised. In fact, he is one of just three players — along with Giancarlo Stanton and Pete Alonso, naturally — with a batted ball over 115 mph. That ties him for the team lead since the start of 2018. He has swung at a league-high 66.2% of pitches thrown so far, but when you swing the way Robert does, passivity is no virtue.

Oh, and by the way, Stanton’s batted ball was hit 121.3 mph, his eighth batted ball hit over 120 mph in the Statcast era, dating back to 2015. The entire league has 10. Put another way: The rest of the least has two. Imagine doubting Giancarlo Stanton. It literally could not be me.

Benintendi has struck out eight times in 20 plate appearances, with an average exit velocity of 80.6 mph. He was moved down to ninth in the order in Tuesday’s game against a lefty, and it wouldn’t be a surprise if we saw him sitting against them soon, especially if Kevin Pillar keeps hitting the ball well. It’s too early to drop Benintendi, but after a pretty awful 2019, this was not the kind of start we wanted to see.

Look, it’s way (way) too early to take anything from this, but O’Neill has struck out just once in 14 plate appearances, after going down on strikes 35.1% of the time last season. He’s been a bit more selective at the plate, and in all the right ways, cutting his out-of-zone swing rate from 37.2% to 23.3%, while raising his in-zone rate to 79.0%; his overall contact rate has risen to 81.8% from 60.8%. Again, it’s still way (way!) too early to say this is a definitive change in approach for O’Neill that will stick, but this is the highest contact rate he’s ever had over a four-game stretch in his career, so it is notable. Given that the only question about his skill set has been the contact rate, this could be an early sign of a breakout for O’Neill.