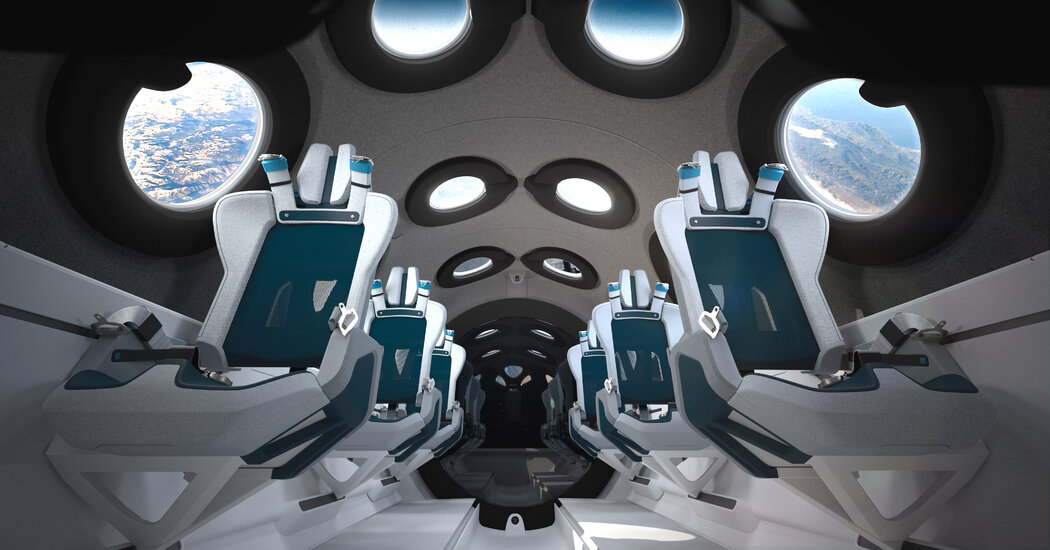 Passengers able to pay hundreds of thousands of dollars for a seat can escape gravity for a few minutes. 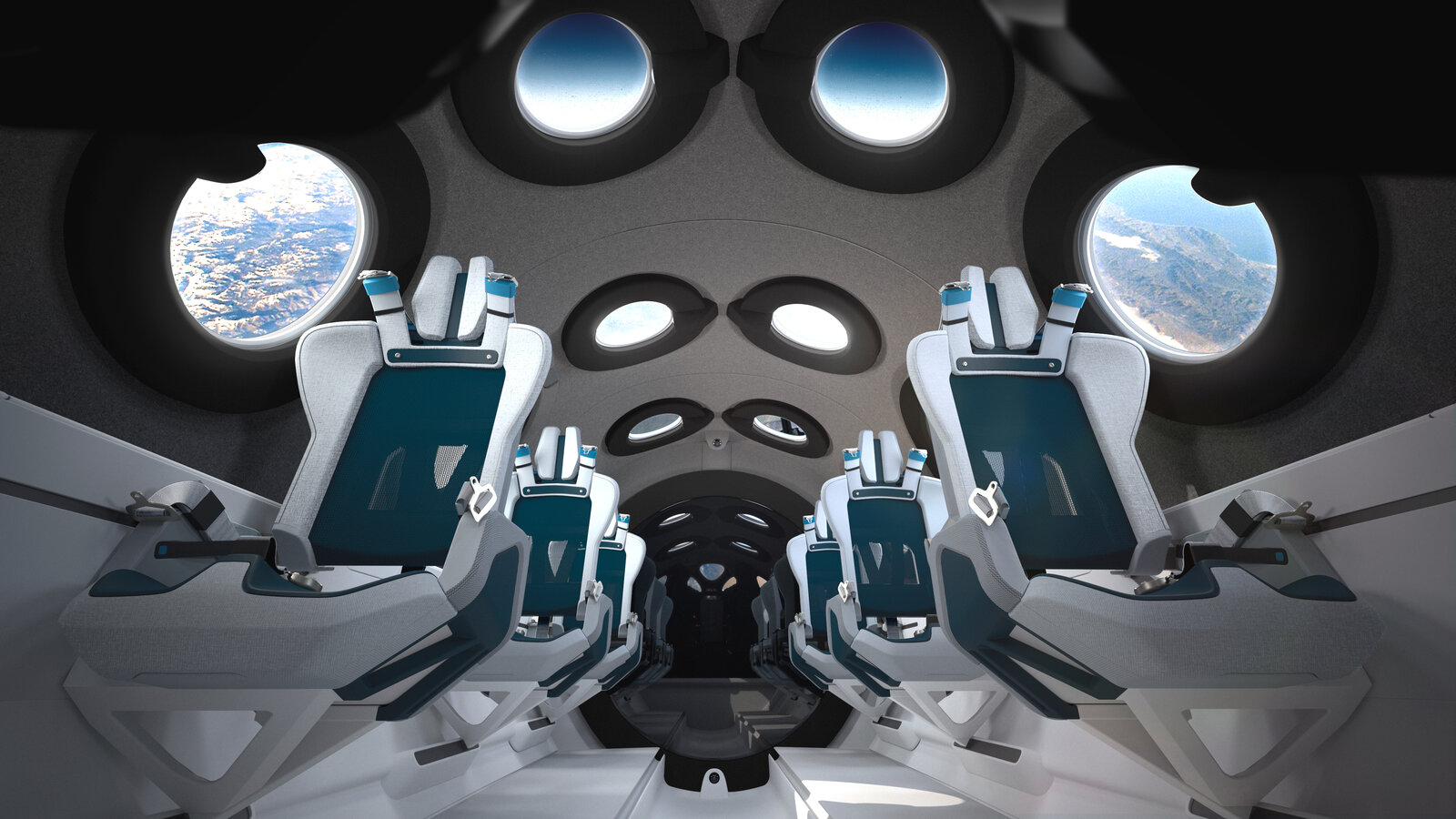 The inside of Virgin Galactic’s space plane is like a space-age executive jet.

The seats recline to absorb the forces of acceleration toward space. Mood lighting shifts during each phase of the flight. Twelve windows — two for each of the six passengers, who have paid hundreds of thousands of dollars each for a seat — provide an impressive view of Earth and the darkness of space. Sixteen cameras will capture you floating. And the back of the cabin includes a big circular mirror so that you can watch yourself enjoying a few minutes escaping the effects of gravity.

Virgin Galactic will be offering short up-and-down trips to the edge of space, essentially like giant roller coaster rides with better views, in its space plane, SpaceShipTwo.

But how can the company unveil the fancy new interior of its space plane in the middle of a global pandemic when journalists are not able to gather for a fancy media event?

Modern technology provided an imaginative solution. Virgin Galactic sent Oculus virtual reality headsets as loaners to journalists so that they could chat with the designers of the cabin while walking through a computer-generated version of it — an experience of almost being there while being nowhere near there.

For me, that was standing in my cluttered home office on Monday, trying to avoid walking into the door, walls and stacks of boxes, while gazing at Earth above.

“Obviously, you’re on your journey to become an astronaut yourself,” Jeremy Brown, design director at Virgin Galactic, said during our voyage into virtual reality. In this Oculus world, the avatars of other people are mannequin heads with a couple of disembodied gesticulating hands.

If you weren’t sent a VR headset, the company presented a livestream event on YouTube on Tuesday, the first public viewing of the inside of SpaceShipTwo.

Aboard SpaceShipTwo, every seat is, of course, a window seat, with one window to the side and a second above. Unlike commercial jets, the cockpit area where the two pilots sit is not walled off, so passengers can also look out the front windows.

The virtual-reality experience offers a unique perspective not possible in real life. I was able to walk through the wall of SpaceShipTwo to look at the outside of the spacecraft and the full panorama of Earth.

The mirror “is the largest mirror on board a spaceship,” Mr. Brown said, adding, “That’s a really nice memory for you as a customer to have that kind of analog memory of seeing you and your fellow crew members floating around.”

The company, which went public in October, is not yet promising when virtual reality will turn into actual reality. This year, it moved its operations from Mojave, Calif., where SpaceShipTwo was developed and initially tested, to Spaceport America in New Mexico, where the commercial flights will take place.

Also making the move was the White Knight Two airplane that will carry the space plane to an altitude of about 50,000 feet before dropping it. SpaceShipTwo’s engine then ignites, taking it up to more than 50 miles. At the top of the arc, passengers will float for about four minutes before the space plane re-enters the atmosphere and glides to a runway landing.

The actual interior is not quite finished, said George Whitesides, who just turned over the chief executive role at Virgin Galactic to Michael Colglazier, who had been in charge of the theme parks at Disney. Mr. Whitesides assumed a newly created position of chief space officer.

Virgin Galactic has more than 600 customers who paid up to $250,000 each for seats on its earliest flights. But it stopped selling tickets in December 2018. The company has not yet said when it will restart sales or how much a seat will cost now, except that the price will be higher. However, it allows people to get in line by paying a $1,000 deposit.

In the future, the company will face competition from Blue Origin, the private rocket company founded by Jeffrey P. Bezos, the chief executive of Amazon. The company also offers suborbital trips to the edge of space on its reusable New Shepard rocket and capsule, but Amazon has not yet tested flights with people aboard or announced when it will start selling tickets or how much they will cost.

And customers with tens of millions of dollars to spend may be flying to Earth orbit or perhaps even the International Space Station in the coming years aboard Crew Dragon, the capsule built for NASA by SpaceX, the rocket company founded by Elon Musk. SpaceX flew two NASA astronauts successfully to the station in May, and plans to bring them home on Sunday if weather permits.

After a couple of successful glide tests at the New Mexico spaceport, the final rounds of testing will consist of powered flights, including ones with employees who will play the role of paying passengers. The company has not set a target date for the first commercial flight — the one that will have its founder, Richard Branson, aboard.

“We’re still working hard to fly Richard as soon as we can,” Mr. Whitesides said.