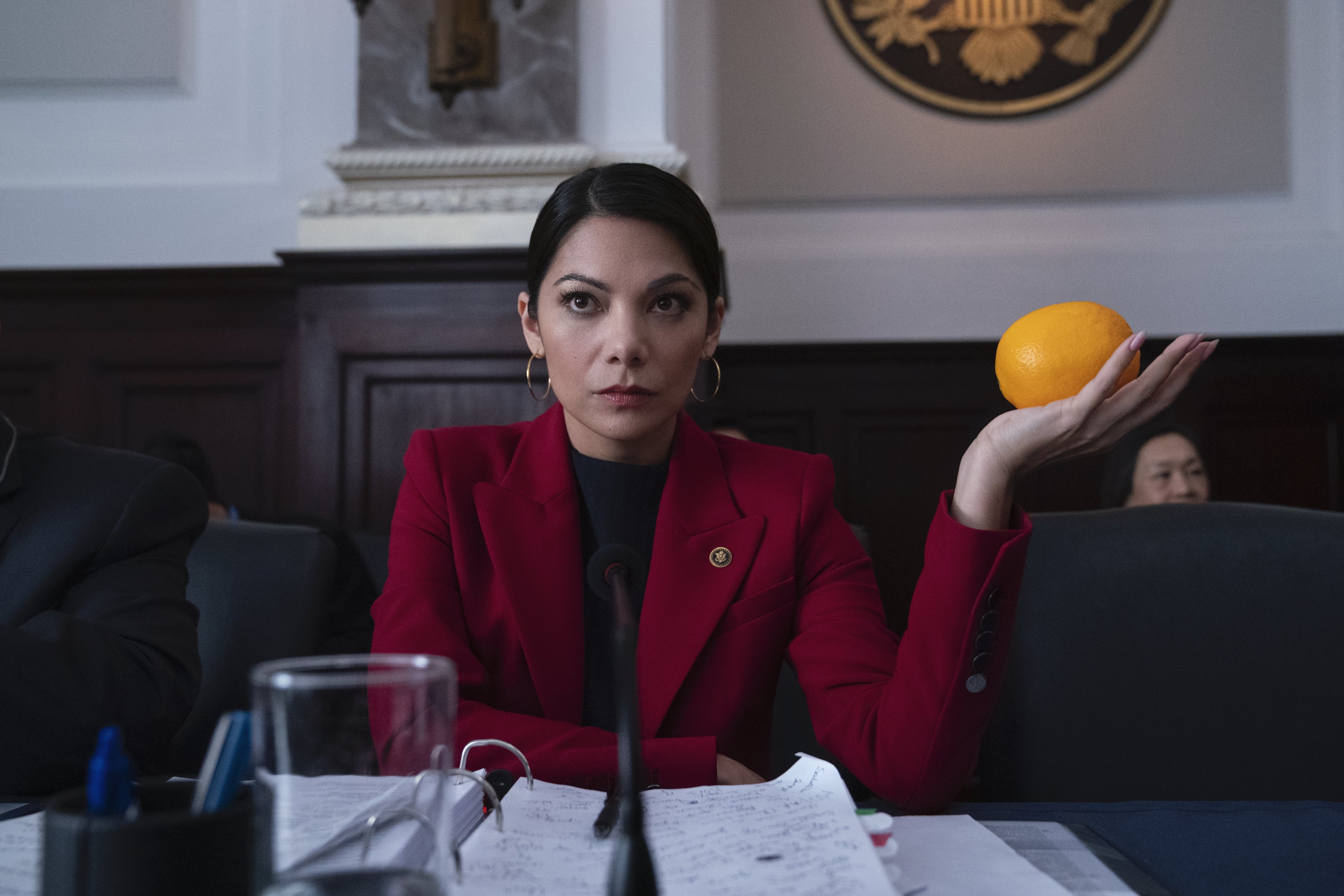 United States Congresswoman Alexandria Ocasio-Cortez had not yet officially taken her seat in the U.S. House of Representative when Saturday Night Live debuted its satirical take on her in early December 2018. Comedian Melissa Villaseñor portrayed Ocasio-Cortez as a firebrand with an optimism and fearlessness to get things done for the American people. “I worked as a bartender in a Mexican restaurant, like, 11 minutes ago,” Villaseñor as Ocasio-Cortez said. “This job is a freakin’ breeze.”

Now with more than a year on the job, Ocasio-Cortez is parodied on the small screen again – this time on the new Netflix comedy series, Space Force. Taking its name from the newly formed sixth branch of the U.S. Armed Forces, Space Force stars Steve Carell (The Office) as fictional four-star General Mark R. Naird, the first Chief of Space Operations. Technically, Ocasio-Cortez’s character is also fictional since the name of the U.S. Congresswoman on the show is actually Anabela Ysidro-Campos. Her name and initials, AYC, of course, are an obvious reference to Ocasio-Cortez and her nickname, AOC.

Ysidro-Campos is played by Filipina-Dutch actress Ginger Gonzaga (Showtime’s Kidding) and is seen in two of the series 10 episodes. In the first episode, Ysidro-Campos travels from Washington D.C. to Space Force headquarters with a pair of fellow representatives to see the launch of a $6 billion rocket and help determine if the branch’s mission is worth the cost. General Naird initially refers to her as “the angry young congresswoman.” In a later episode, Gonzaga returns, this time back in D.C. where she and General Naird go head to head during a budgetary committee hearing.

Earlier this year, while campaigning in Iowa for then-Presidential hopeful Bernie Sanders, Ocasio-Cortez questioned how the United States could afford to create Space Force but could not pay for things like Medicare for All and tuition-free education. She echoed that sentiment again on Twitter when she wrote, “The folks writing checks for a new Space Force are the same ones asking, ‘How are you going to pay for’ public college or healthcare. This is the richest country in the world. Our problem isn’t a lack of money. It’s a lack of good priorities.”

The essence of those words is evident in a scene in Episode 3 where Gonzaga’s Ysidro-Campos grills General Naird in an open hearing. She kicks off her remarks by stating that his “entire attitude seems to be, give us money and don’t look while we militarize space.” When General Naird responds with the phrase, “Space is hard,” Ysidro-Campos draws laughter from those in attendance when she suggests that should be the new Space Force motto.

Later, she draws audible gasps from the same audience when she reveals that Space Force spent $10,000 for the transport of fresh fruits to its astronauts and asks the general to defend the spending. “I wanna be able to tell my constituents on food stamps why your agency needs a $10,000 orange,” she says. This time, General Naird has a much more thoughtful response to her concerns, which surprises everyone, including the freshman congresswoman.

Still, for a parody-driven debut on Netflix, Gonzaga’s Ysidro-Campos, is strong, witty and decisive – much like the real-life Ocasio-Cortez. We’ll leave it for another time to debate whether producers of Space Force should have hired a Latina to portray one of the most well-known Latinas in politics, but for now, Gonzaga should be commended for capturing AOC’s spirit with humor and vivacity.