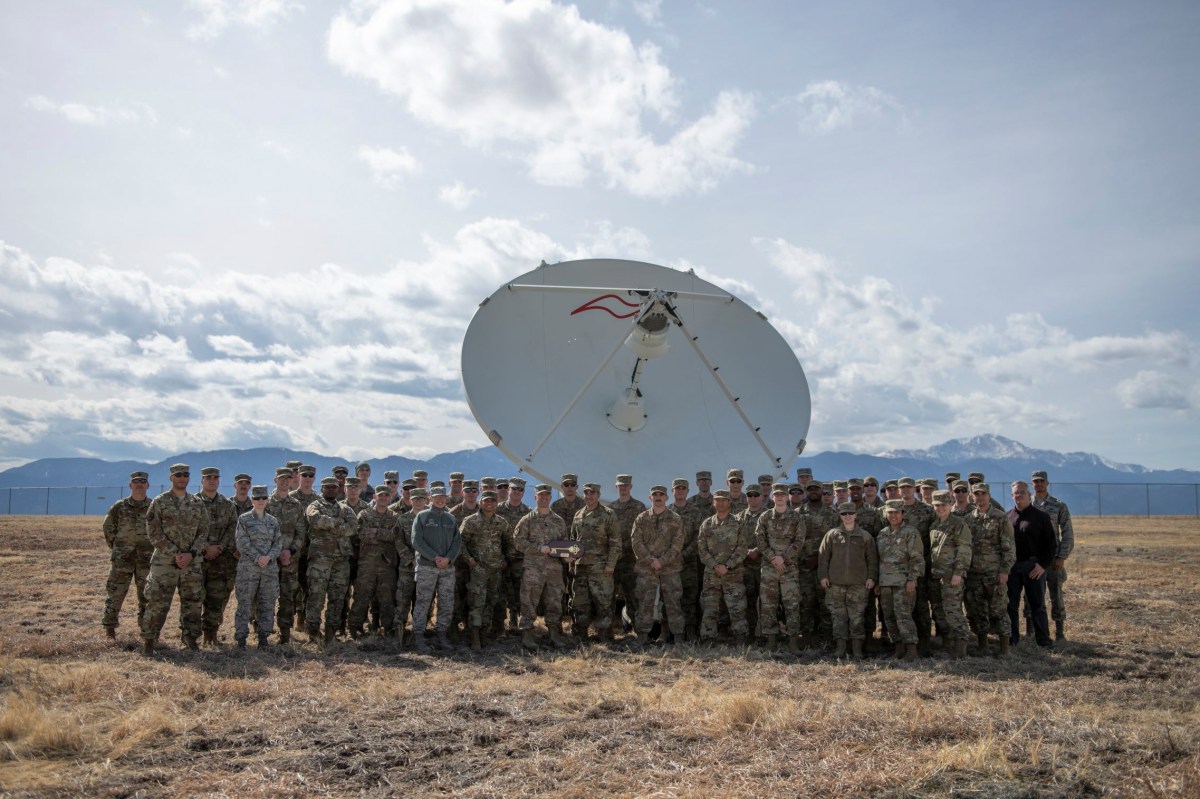 A group of 86 space cadets will reach the final frontier Saturday as they earn their second lieutenant bars and join the US Space Force, according to reports.

The young space warriors will graduate from the Air Force Academy six weeks early after a shortened academic year due to the coronavirus pandemic, according to the Washington Examiner.

Due to social-distancing requirements, friends and relatives won’t be allowed on the Colorado Springs campus to watch the graduates earn their degrees in space operations, but will be able to watch the event live online.

“As the newest combat command, Space Command will defend America’s vital interest in space, the next war-fighting domain,” President Trump said in August 2019 as he announced the establishment of a Space Command as part of his favorite pet project.

Despite what the commander-in-chief had hoped, the Space Force falls under the Air Force and is not its own branch of the military.

Space operations chief Gen. John W. “Jay” Raymond will be joined Saturday by Air Force Chief of Staff Gen. David Goldfein in welcoming the graduates, according to the Washington Post.

Raymond told the newspaper that his biggest challenge is to “think boldly” about building the force from the ground up. A recent announcement of 53 civilian jobs received a whopping 8,144 applications, the paper reported.

The general said he wants the force to be highly selective to “keep our numbers small” for a “lean, agile service.”

The Space Force will likely be 10,000 to 15,000 strong — tiny by comparison with the other military services — and many of its members will be civilians.

Christian Brose, the former staff director of the Senate Armed Services Committee, said in a message to the Washington Post: “The challenge for the Space Force leadership will be to break with the status quo, embrace new ideas and technology, and reimagine how our military operates in space.

“Raymond gets this. The hardest part is actually doing it,” added Brose, a champion of military modernization.

Raymond wouldn’t comment about how the US might disable or destroy enemies in space — but he said that to deter hostile forces, the US must make its capabilities known.

“They have to know what you have,” he said.

And a new report says the Space Force is building an arsenal of as many as 48 ground-based weapons over seven years that will be able to jam Russian or Chinese communications satellite signals at the beginning of a conflict.

The first system, made by Florida-based L3Harris Technologies Inc., has already been declared operational and the US Space Force has taken delivery of 16 of them, according to Bloomberg News.

L3Harris also is developing four Meadowland systems that will be able to add updated software and jam more frequencies, the news outlet reported.

“Nothing else we’re doing in Space Force is offensive in nature, where we are actually going after an adversary,” Lt. Col. Stephen Brogan, a unit head in the combat systems branch of the Air Force Space and Missile Systems Center, told Bloomberg.

In a statement, the Space Force said: “China and Russia have weaponized space with the intent to hold American space capabilities at risk,” and the US has the right of self-defense.